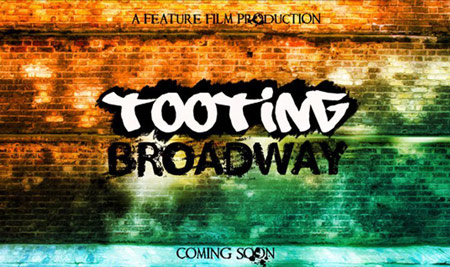 Written by Tikiri Hulugalle and directed by Devanand Shanmugam, Tooting Broadway will shed new light on the issues around ethnic and community loyalty. The film is an urban crime drama set in 2009, one day before the Sri Lankan Tamil Protests outside The Houses of Parliament.

Set in multi-cultural Tooting Broadway, the locations naturally lend a gritty feel to a fast paced storyline that follows the fortunes of a second generation Sri Lankan Tamil man in his twenties: Arun. A man who has forged a life away from his murky past. He returns to his home turf under the cloud of a 24-hour deadline to stop his younger brother participating in a criminal act that could destroy his life.

Nav Sidhu, who plays the young lead says: “The characters and plot are quite complex, as relationships and loyalties are so intertwined. Lifting the lid on gang culture that is driven so strongly by cultural and political factors is going to take the film to a different level.”

Incorporating issues such as family, loyalty, love, honour, betrayal and obedience to the state, Tooting Broadway aims to propel the story above the average gang film. It also focuses on a community and culture rarely seen; Sri Lankan Tamil Gangs – whose infamy is such that Scotland Yard has its own taskforce dedicated to stopping them.

Director Devanand Shanmugam, applies his expertise in the story development and direction of a film, drawing inspiration from people he has met, seen, heard or known.

Currently living and working from Oxford, Dev has deep roots in Chennai’s magical cinema culture and says of his first feature: “Tooting Broadway is a dark and fast paced crime drama. My visual style for the film will be real, gritty and slick with lots of hand held shots to attain an almost voyeuristic feel.”

Shanmugam loves to experiment with topical stories of social and cultural interest that have not yet been exposed and need to be told. He continues: “The film has a strong social message and creates an awareness of a certain ethnic minority community (Sri Lankan Tamils) in the UK, their life and culture, and their integration with other racial groups in South London.

“Being a Tamil myself I can connect to their lifestyle and issues and I am sure I can make a great film based on this rich culture and community.”

Producer Joshua Clement who has worked on several Bollywood films including the hugely successful ‘Namastey London’ and the highly acclaimed ‘Black’ starring Indian film legend Amitabh Bachchan says of his new venture: “At first glance, Tooting Broadway is as far from the glitz and glamour of Bollywood as you could get. But like Bollywood films, it has a moral, and questions loyalties and cultural bonds. It will open people’s eyes to a growing community in the UK and the challenges it is already facing.”

Adding both the female and local perspective to the film is Sri Lankan born Executive Producer Ruby Lovell, whose media background has spanned print and television journalism. She adds: “Growing up as a Sri Lankan Tamil in London from a young age, you have a strong sense of identity and affinity with your culture: from wearing saris to weddings, eating curry with your fingers and watching old Tamil movies on a Sunday. At the same time, you are listening to RnB, going to nightclubs and your best friend is English. All second generation immigrants have lived with this dual identity and this is another layer of what Tooting Broadway will expose: the reality of being caught between cultures.”

Tooting Broadway is a film primarily about what we are willing to do for the people we love, but deeper than that it focuses on the way we live our lives and the choices we feel we must make to survive.

Tooting Broadway will be shooting on location across South London throughout May 2011 and is slated for release later this year.

12 years ago in Latest
BollywoodDesi Beats DesihitsHindiIndiansLatest NewsMusicnutters.comNewsPunjab2000.com Bollywoodmusic.co.ukShooting in Tooting Independent filmTooting Broadway opens the doors on the yet unknown world of Tamil gangs in South London. Sri LankansUK