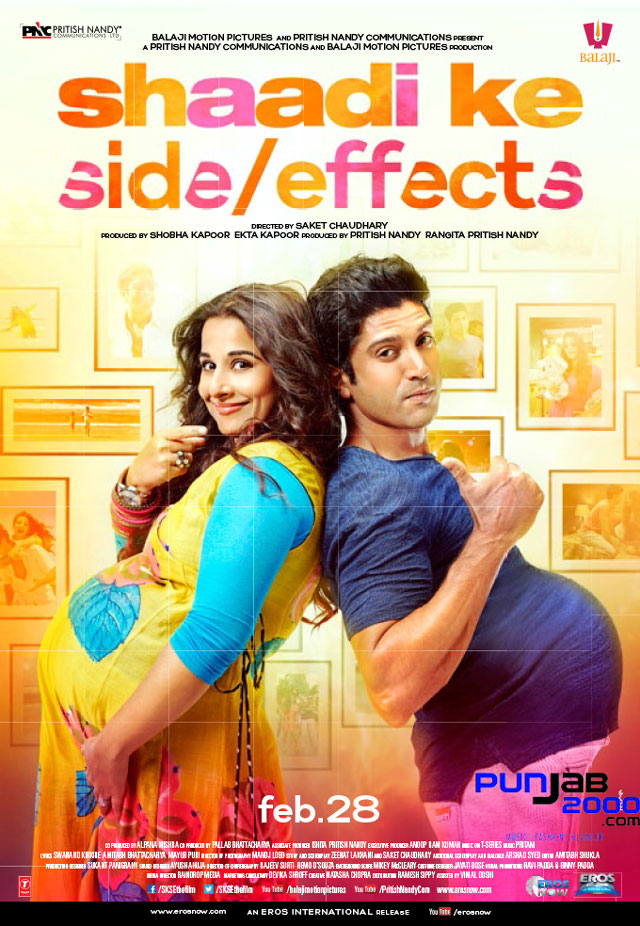 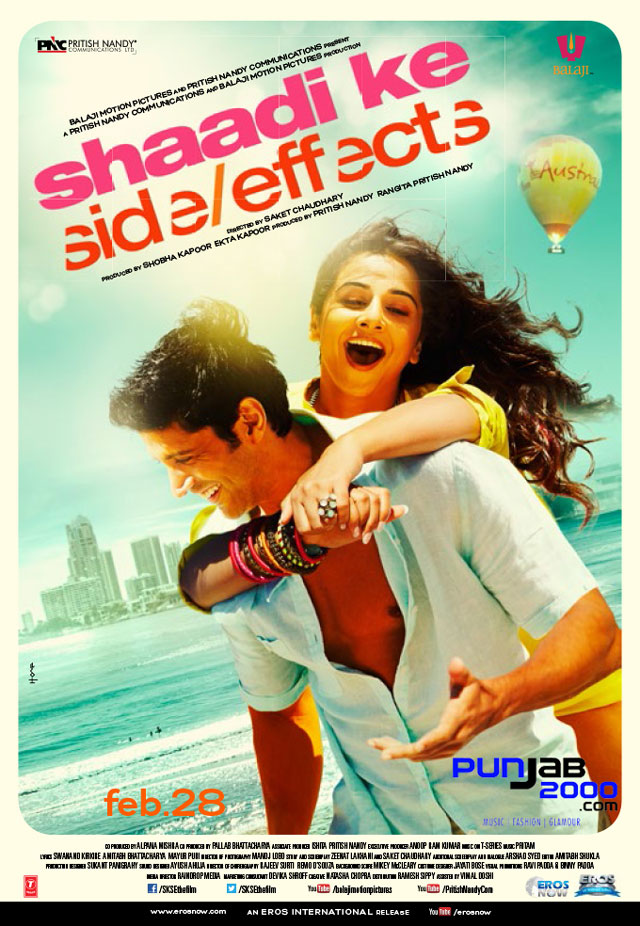 The film is directed by Saket Chaudhary and produced by Balaji Motion Pictures and Pritish Nandy Communications.

One can only imagine that marriage would come with side effects….

Pleasure being replaced by companionship..

But not Sid (Farhan Akhtar) and Trisha (Vidya Balan).

Theirs is a shaadi where they are living out each other’s fantasies, turning them into reality peppered with love, lust & longing.

Shaadi Ke Side Effects is a witty, sexy comedy that re-defines happily ever after – if there really is one!!