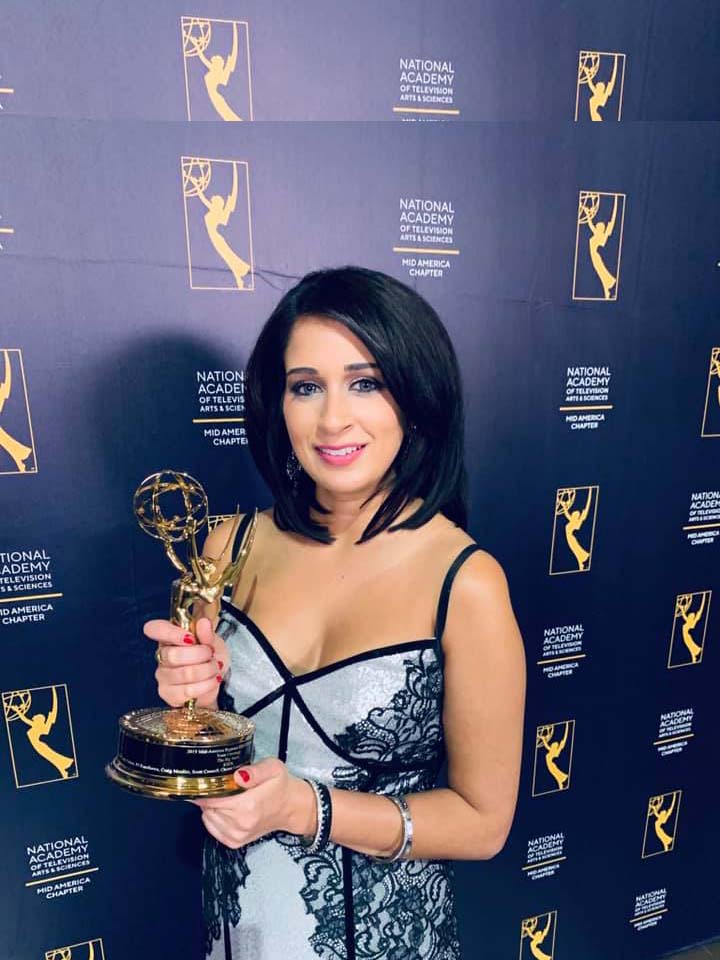 Second Emmy award for PJ Randhawa! One of the only Sikh journalists in the American mainstream media 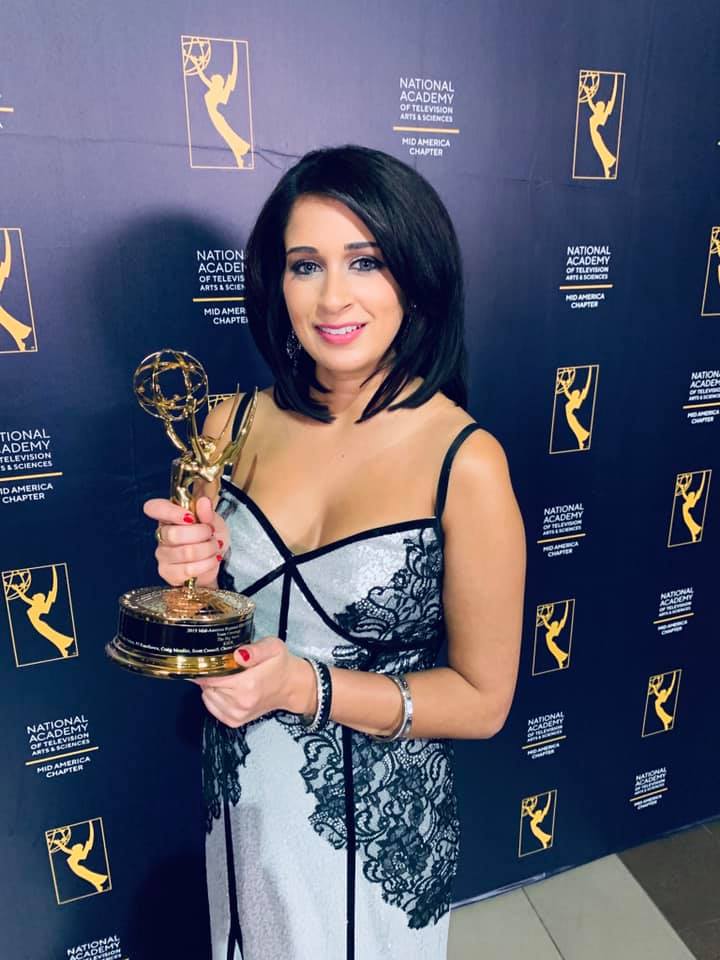 PJ Randhawa posted the news on her facebook account saying “Gold and silver unite! It happened again! So proud to win an Emmy for my breaking news coverage of the terrible snow storm in St Louis earlier this year.” 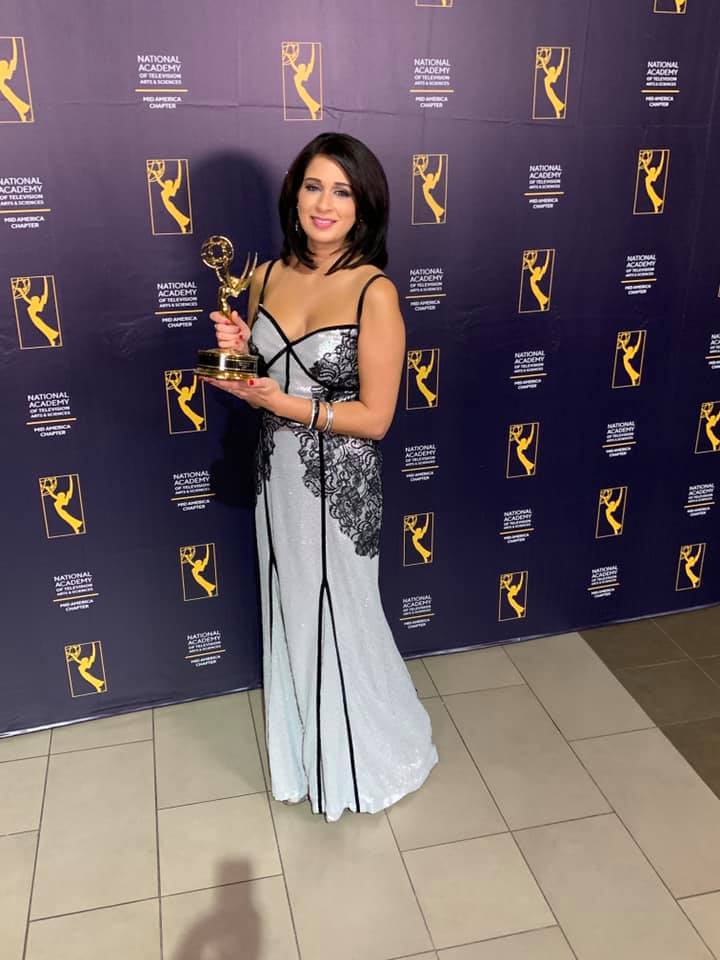