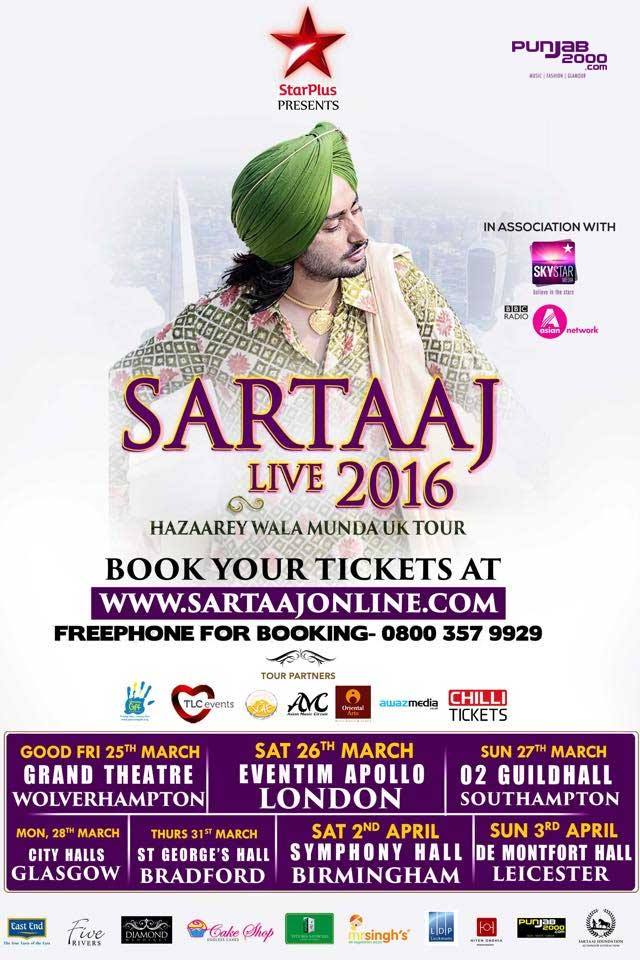 IN ASSOCIATION WITH SKYSTAR MEDIA AND BBC ASIAN NETWORK

Star Plus and Sky star media announced the UK sale for the Satinder Sartaaj tour 2016.  The tour which is set to hit 7 cities across the UK – London, Birmingham, Leicester, Wolverhampton, Bradford, Southampton and Glasgow is already expected to be a sell out after the successful tour in 2014. Sartaaj’s last tour which thrilled up to 15,000 fans across the UK including an exclusive performance for BBC Asian Network at the Maida Vale Studios and exclusive meet and greets. Satinder Sartaaj wowed audiences at the world prestigious Royal Albert Hall which saw over 4,000 fans in a mesmerising performance. Once again the 2016 tour is set to be unique and full of surprises.

Sartaaj Live 2016 is already gaining hype amongst the fans with the anticipation of Satinder Sartaaj’s debut film ‘The Black Prince’ Starring Shabana Azmi, Jason Fleming, Ameet Channa and many more. The Sufi maestro who has captured millions of hearts around the world reaches out to over 2 million fans over social media daily. His live musical performance accompanied by his band and musicians is something talked about worldwide and with a loyal fan base tickets already sold within the first 48hours on a silent sale. 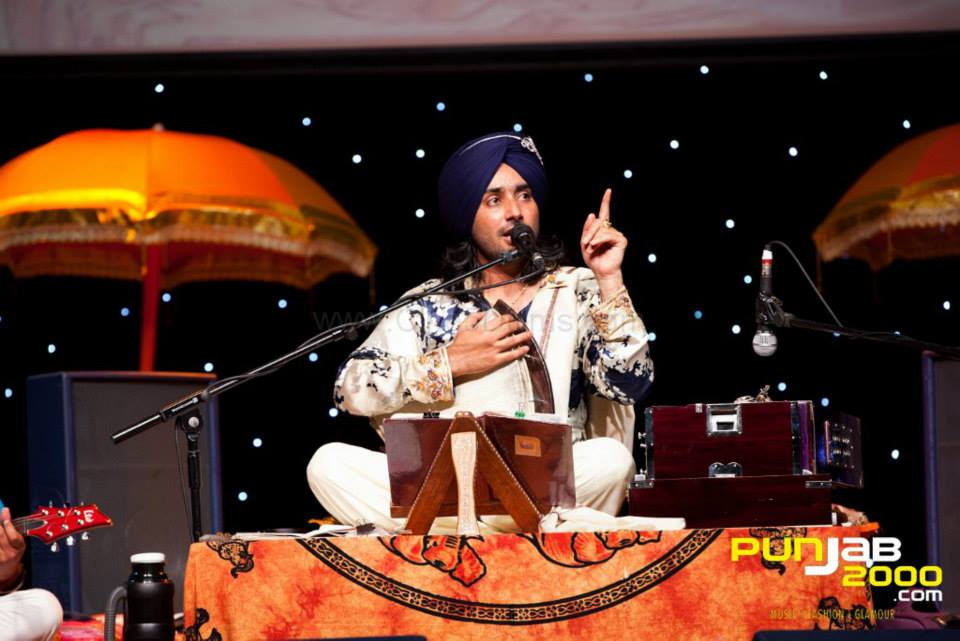 Sky Star Media – “It’s a privilege to be able to bring this amazing artist to the UK for the second time, after the experience of an amazing night at the Royal Albert Hall last time we have gone for the most prestigious stages in the music circuit again, Symphony Hall, Birmingham and Eventim Apollo London which are ranked amongst the top venues in the world. This tour is going to reach new heights in production and experience for the audiences – we can’t wait for the first show and experience Sartaaj live in these amazing venues”.

A solo recording artist, actor, PhD in music and a brand owner, Satinder Sartaaj has released seven #1 solo albums and has sold over a million albums worldwide. His work has earned his numerous awards and accolades from PTC, Brit Asia TV and Dubai Festival.  His album ‘Hazaarey Wala Munda’ is set to release in March ahead of the UK tour which is in the final stages and music by Jatinder Shah who was also responsible for hits as Soohe Khat, Cheerey Wala Sartaaj, Sai and more.

The critics have consistently praised his energetic stage shows putting his name to some of the best entertainers in the music industry. Satinder Sartaaj Live 2016 is once again anticipated to be a sellout historic tour. Skystar Media CEO ~ Asa Singh Dhaliwal “What makes the events more special for us that funds are raised for Jeevans Gift Foundation to help support children in Punjab”.

An event not to be missed – Purchase your tickets now to avoid disappointment.