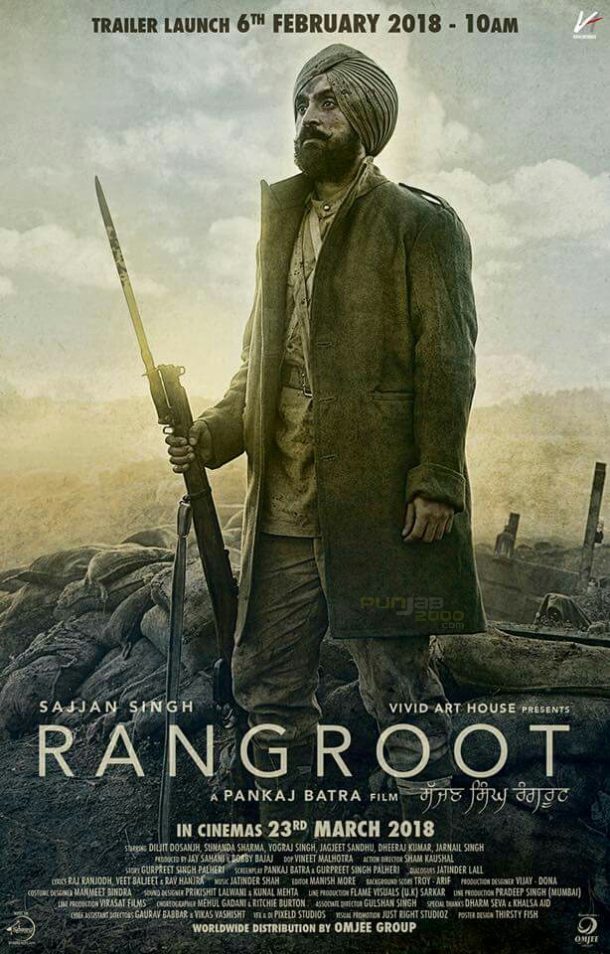 As the country celebrates the Centenary of the end of conflict of World War I, a remarkable new film honours the involvement of Sikh soldiers in the British Army. Sajjan Singh Rangroot, which releases nationwide on 23rd March, is based on the true story of the Lahore Regiment of the British Indian Army. It follows the regiment and the challenges faced through the eyes of soldier Sajjan Singh Rangroot.

The Punjabi movie, starring Diljit Dosanjh in the lead role, traces the arduous journey of the Indian British Army’s Lahore Regiment as it takes on German forces during the war. The film highlights themes of alienation, discriminationand loss whilst also celebrating the bravery of Indian soldiers who put their lives on the line for their colonisers. The period drama, directed by leading Punjabi film director, Pankaj Batra, is based on the experiences of Sikh regiments on the front lines of the war.

Whilst Sajjan Singh Rangroot, follows the tumultuous journey of one soldier in war, the soldiers’ story highlights a number of facts that remain unknown to many:

• The Indian Army contributed a large number of divisions and independent brigades to the European, Mediterranean and the Middle East theatres of war in World War I.
• Over one million Indian troops served overseas, of whom 62,000 died and another 67,000 were wounded. In total at least 74,187 Indian soldiers died during the war.
• In World War I the Indian Army fought against the German Empire in German East Africa and on the Western Front.

The first trailer of the film shows the high production values and stunning cinematography by Vineet Malhotra, with each and every frame of the trailer showcasing the intense emotions one goes through at the time of war.