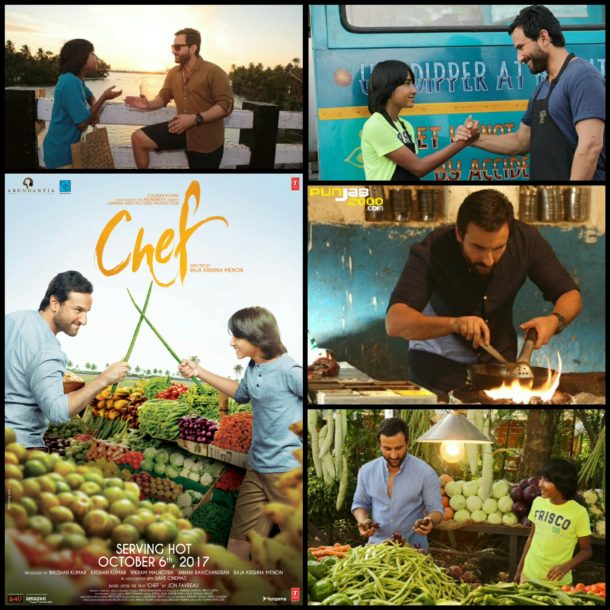 SAIF ALI KHAN ON PLAYING A FATHER IN ‘CHEF’ 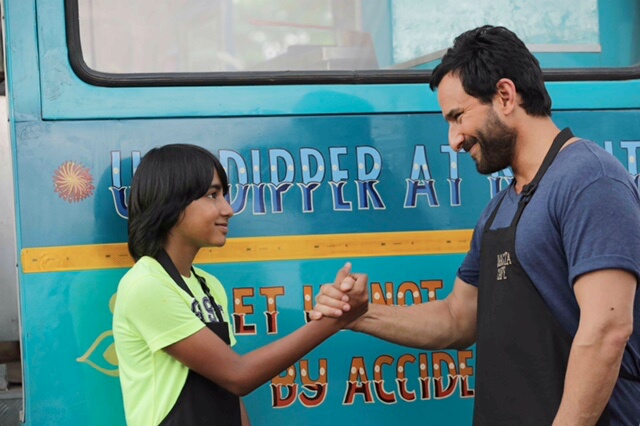 Directed by Raja Krishnan Menon, Chef follows the journey of New Yorker, Roshan Kalra, a Michelin-starred culinary master who is forced to go back to India and reconnect with his roots and with his family, especially his 11-year old son, Armaan. Their relationship is bittersweet, and throughout the film Roshan finds out what it really means to be a good father. 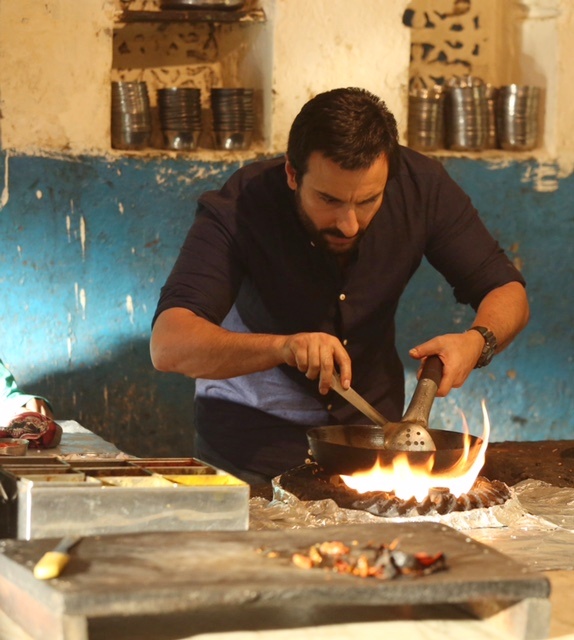 But for lead actor Saif Ali Khan, who recently again became a father himself, the role of Roshan Kalra was surprisingly daunting.

“I find it difficult to connect with or like other’s kids. I only like mine,” he jokes, and goes on to explain, “therefore, to play a father to another kid and be convincing while doing that was my biggest concern.” 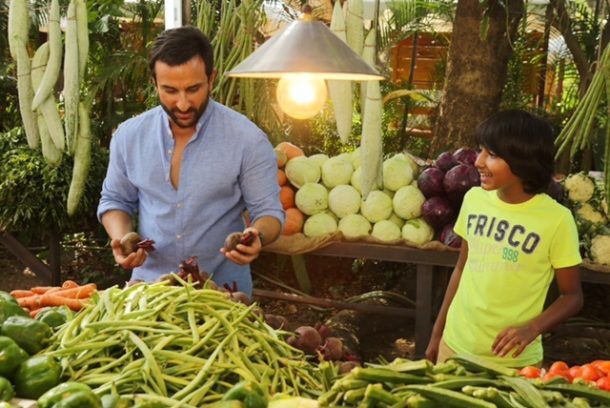 Luckily for Saif, after 150 auditions, the casting directors decided on choosing Svar Kamble to play his son on-screen, and Saif has nothing but praise for the young actor:

“Svar is so natural that it became extremely easy to like him, connect with him. We had a great time on the sets. It was great working together and we also learnt a few lessons in being so natural from him.” 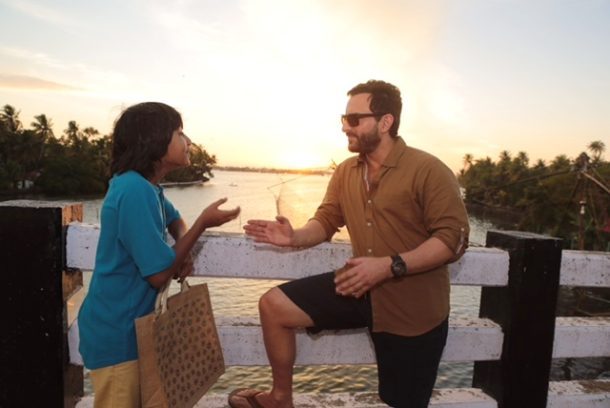 With such an organic connection between the actors, Chef promises to deliver the depiction of a beautiful, complex relationship between parent and child against the backdrop of hectic modern life (as well as some very tasty food).

Chef is out in cinemas for UK release on Friday 6th October 2017. 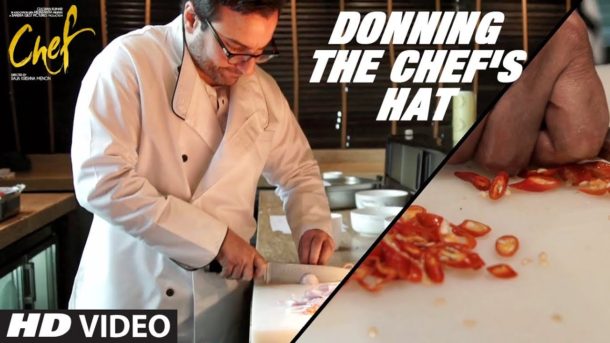 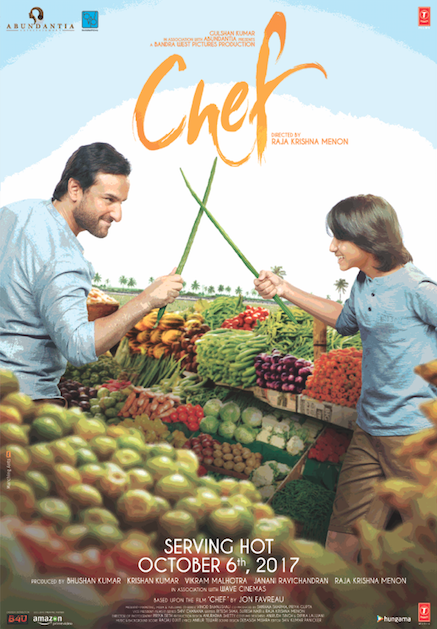 Chef is the story of Roshan Kalra (Saif Ali Khan), a celebrated Michelin star Chef at an Indian restaurant, called Galli, in New York. In his desperate attempt to continuously please his customers and live up to his fame, Roshan loses his mojo and with that, both his personal and professional life fall apart.

The film opens when circumstances lead Roshan to India, to meet his 11-year-old son, Armaan and wife, Radha Menon. Things take a dramatic turn when Roshan is forced to rethink his life, consequently leading to him launching a food truck by the name of “Raasta Cafe”. Taking to the road, Roshan goes back to his roots to reignite his passion for the kitchen and his zest for life, family and love.

Chef encapsulates a journey of exploration of Indian cities, a variety of food and different cultures, as Roshan and Armaan travel across the country in the food truck. As the two relive old memories on their journey from Kochi to Goa and then Delhi, they create many new ones, strengthening their bond. In a second coming-of-age, Roshan grows to realize that re-prioritizing the things that are important in his life, is the key to finding happiness again! 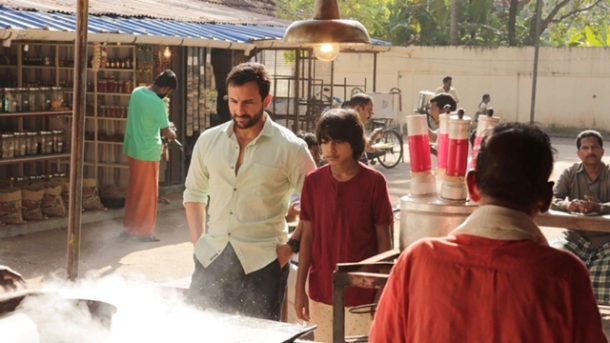 About B4U Motion Pictures:
One of the prominent Bollywood distribution company in India who are distributing films in International Markets with offices in UK, USA, DUBAI.