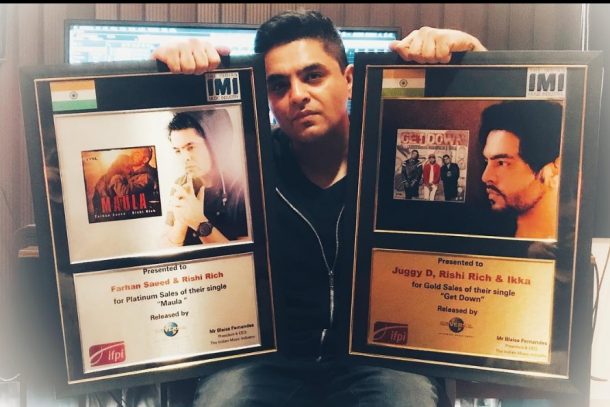 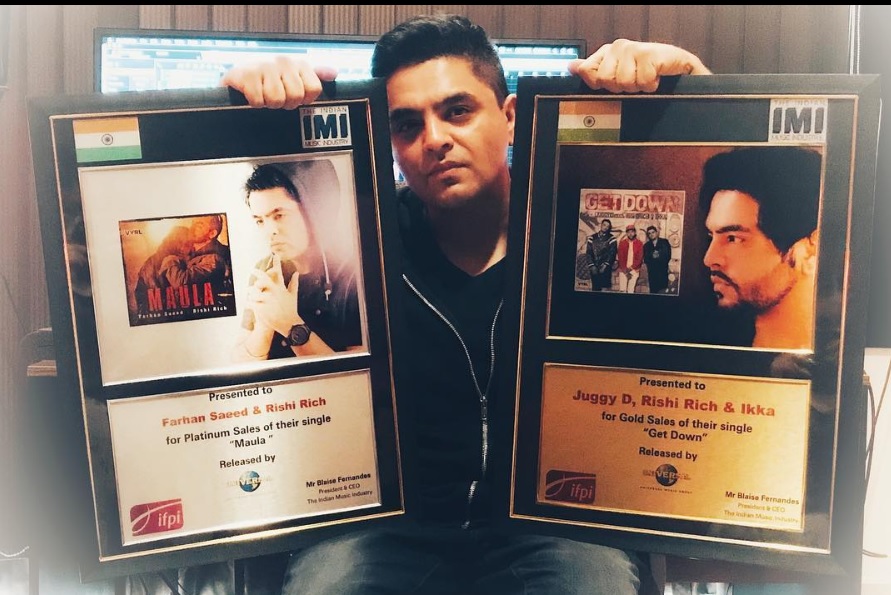 Sharing the news with his fans, Rishi Rich posted a picture of himself holding both awards on his Instagram page, captioning the post “Thankyou @universalmusicindia@devsanyal @vinitthakkar @mohitsuri@sajidmaklai @kiraneemusic and the whole Team and Artists at Universal Music and @vyrloriginals #gold #platinum.”

Speaking early last year at the launch of the “Maula”, Rishi had said “it’s a great feeling when you’ve worked on a song that you’re proud of and it receives the love that it has. The reaction has been phenomenal and I’m very grateful.”

From all of us at Punjab 2000, we congratulate Rishi Rich and his team for his latest achievement and wish him all the best for the future projects.

– write up by Kirat Raj Singh