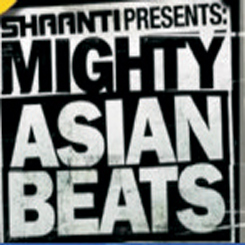 The albums opening track certainly hits hard and sets the tone for the rest of this release straight from the outset. A raw and organic desi vibe is fused with a funky hip hop beat and dirty bassline to create a tune that certainly tries to represent one of many directions Shaanti are heading in on this release. It becomes immediate that this track has that traditional unbeatable Panjabi MC sound and is a great way to kick things off.

Taken from the phenomenal new album, Equalize, ‘Electro Jugni’ is a perfect reflection of the new Asian House sound that we are seeing develop within the scene. Swami manages to blend catchy desi vocals with a more mainstream friendly electro sound. Combine this with a pumping bassline and a rocking set of beats and you have an extremely impressive tune. Once again, that desi touch also shines through on this tune especially in terms of percussion and shows that the sounds of East and West are becoming closer than we have ever seen before.

Track Three is probably Shaanti’s secret gem in terms of pushing their sound and image forward. Disco Warrior has had extensive play on Radio One, and we’re not just talking Bobby Friction and Nihal! This tune has had some seriously hot reviews and feedback so far. A catchy and funky guitar powered bassline creates this tunes’ seriously addictive vibe, and with Lembher laying down the vocals The Kalyan must have known he had a hit on his hands when this came out of the studio.

The first taste of Desi Drum and Bass on this album, and who other than The Specialist to deliver this one. With the likes of Nasha and D Code on top of this scene at the moment, it certainly is a very competitive and hot market to be releasing into, and for me the track does not sit as well as some of the releases from these guys. However, in terms of Shaanti’s funkier and friendly sound, Heer Dholi does fit into this picture very well. This is a great tune even if it is slightly different to the direction that Desi Drum and Bass has been taken in recently by the scenes leading players. Loving the Bassline on this one- extremely mesmerizing!

Shaanti bring the Hip Hop to the album with this banging UK Hip Hop number. The beat is gangster, intoxicating and dark. Even before anybody has laid down their lyrics this tune really is infectious. Thankfully, the lyrical performances are more than up to scratch and the flow with the beat is perfect. This tune has so much cross over appeal and deserves to gain plenty of recognition, especially with a talent like Jehst on vocals.

The Original Nuttah is back in a big style, telling the world his legendary story in another Desi Hip Hop influenced banger. Just like the last track, this beat is extremely hot and hugely addictive. The Junglist King delivers another unique and top notch lyrical riot as only you would expect from UK Apache. Certainly one of the best tracks from this album and a different direction from what we normally expect from him, which works out in this case beautifully.

Definitely one of the albums more obscure tracks, Khala is a dark, grimey and downright dirty trip through the Asian Underground. Graced with the odd tabla lick and some earth moving basslines, Khala is definitely one for the car soundsystem. It may not be a track to the tastes of everybody, but those in love with breaks, garage or drum and bass should feel at home when this tune pumps into their ears.

After our trip into the abstract, we’re back on a Hip Hop vibe for Rowdy, and this is certainly a track which lives up to its name. AC and Terra’s unique delivery skills and wordplay shine through once again, like with so many tracks that these two are featured on. Combine this with Des C’s perfectly fitting vocal performance and the place certainly is getting Rowdy every time that this tune hits the speakers.

Another abstract, but beautiful voyage into the Asian Underground sound of which Sharaab is certainly no stranger to. Nosering is a darker and slower tune than most on this album, but its impact certainly is not lost and this track holds it’s own on a compilation of mostly upbeat numbers. It’s nice to have a second and appreciate the direction Nosering is headed in and is definitely a track worth taking some time to chill out to.

The talented duo that brought us ‘Keep It Undercover’ return on the Hip Hop ticket once again with their upbeat track ‘Majestic. Another tight beat from Sunit weaved with the flowing lyrics of Raxstar show the talent that this duo both have as a unit but also as musical individuals. Whether it’s quite up to the standards of other releases hip hop wise on this album is another debate, but Sunit and Raxstar are certainly developing their sound very nicely.

Another Hip Hop track, but for me it’s a bit to bland a tune to really catch the ear. Maybe it is down to the fact that this album contains so many top quality Hip Hop tracks that this one feels a little substandard compared to what we have already heard. However, It’s still pretty uplifting and a decent enough tune to give a listen.

Right Money sees the return of that club pumping, waist winding Reggaeton sound and this track represents this vibe to the full extent. It’s certainly much more commercial and mainstream than most of the other offerings on this album, and I’m not sure how it fits into the Asian Beats philosophy that the rest of the tracks have created. On the other hand, it’s still a big tune and will easily be popular with most listeners.

This is one of those tracks which represents UK Hip Hop to the fullest. MDK Cartel’s talent can not be disputed if they keep releasing top notch classics like this one. Anybody who doesn’t think UK Hip Hop is a major player and scene within music anymore is extremely mistaken. This tune has a crazy desi fueled beat, with some massive bouncing and bruising lyrical wordplay to throw into the mix for the fun of it. In Da Dance is one of the big stand out successes of this album by far. We need more of this.

Mo Magic’s beautifully crafted last album ‘Sirens’ was a massive success, and so it’s only right that this Drum and Bass Don get his deserved place on this collection. China Doll is simplistic but it works on so many levels because of this. The beat is pretty diverse to the standard pattern with its little trickery, hip hop breakdowns and step changes, and you get a really good overall result due to this. This is one of the tracks I certainly keep on repeat when listening to this album. The Asian underground is represented to the fullest on this track.

Another pretty abstract tune, but once again it is a track that works well. Haunting traditional Asian sounds are blended with grimey electro tones and groovy basslines to create another stomping House tune to add to your collection.

This is a really classy track and I could easily see it create a massive amount of mainstream appeal down to the fact it combines a great summertime vibe with some mesmerizing dub flavours. It’s one of those tracks that just compels and draws the listener in and Gaudi has produced a tune that demands to be blasted out of your stereo at full volume.

Its track three. Buts its gone all desi baby!! Its Lembher back in his traditional environment that’s for sure!!

Overall, this is certainly one massively diverse album, and Shaanti must be credited for the amount of directions that this release goes in. It literally has a track for every kind of listener and perhaps what is more impressive is the fact that this album will introduce you to sounds that you may not have experienced before. One minute you are listening to some dirty grimey basslines, the next you are hearing uplifting dub vibes. The scope is fantastic and I think that is what makes this album the success it is. No matter who you are, you will at least be impressed by some of what you hear if not all of it. Its not the standard release we normally see in the Asian scene, but it certainly is different and exciting- well worth its price tag.