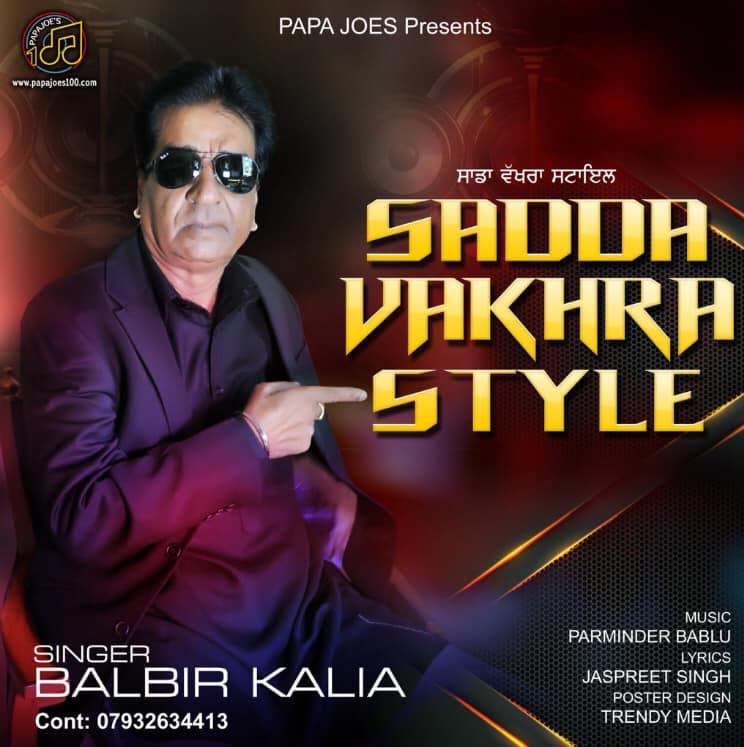 Balbir Kalia, born in Nairobi, Kenya. At the age of 5, Balbir relocated to a village in India called Khanna in the Punjab district. He had a natural talent in singing and used to sing at school. In 1966 Balbir relocated to the U.K. where he started learning piano accordion. In 1971 he put his talent into practice and formed a band called ‘Kala Preet’ with a good friend, which took him performing from school halls to the Royal festival hall. During this time Balbir took guidance from a well-known Bhanjan singer Anup Jalota Ji and music director Sardul Kwatra.

in 1980 the band Kala Preet separated, Balbir then started a new band called ‘Band Sangeet Kala’ which took them to performing all over Spain, Holland and Switzerland.

In 1987 Balbir started as a freelance singer to gain more experience in singing Hindi and Bollywood songs. He used to sing with the great Indian dancers, who helped him structure his Panjabi style of singing.

1989 saw the release of his second album ‘Feel the heat’ which led him to performing at gigs and shows across the UK. Balbir took a short break but was back in 2007. His last track was Dil de de’ music by Parminder Bablu composed by Late Ramesh Iyer (Mumbai) and also legendary music director Sunil Kaushik. Which was released on Papa Joes record label. Balbir is now due to release his next track called ‘Sadda Vakhra Style’ a Panjabi track with music by Parminder Bablu, Lyrics by Jaspreet Singh