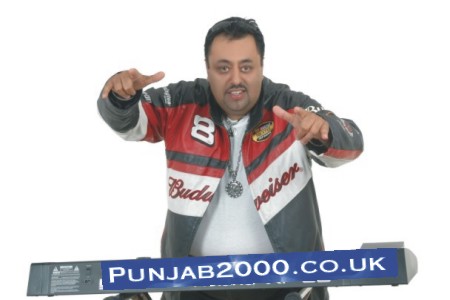 I thought he was having a laugh but he was serious. I told him I knew no singers, he told me to leave that to him and he set up auditions from his own Label company (Music Waves). I couldn’t believe my eyes when 30 people arrived to sing for a person they did not know. It was like being a judge on Indian idol. So after a 2 day rigorous session of listening we choose six singers for the album.

I have kept this album very traditional keeping the culture and values in mind. It’s not as easy as people make it out to produce a good album. To achieve anything in India you need to know some influential people (as many will know). I was fortunate to have that influence with me. Not to mention the driving up and down to Birmingham and stressing Kam at all hours of the day
and night.

When I was in India I was approached by a record company to produce a few songs for a very talented singer only 19 years old, named Jeetu, who has
sung 2 songs for my own album.

Then I met up with Gurpreet Ghuggi who heard Jeetu’s album and asked if I
wanted a voice for my new album and I was introduced to Harby Sangha, an
apprentice comedian of Ghuggi parji but with a powerful voice. Then I met up
with Kuljit parji at his recording studio in Jullundur where I recorded all
the vocals of the singers.

It has taken 2 years to structure this album to quality, keeping it desi
and clean so that both the English and the Punjabi Desi’s can appreciate it. I hope everyone enjoys the album as much as I enjoyed producing it.