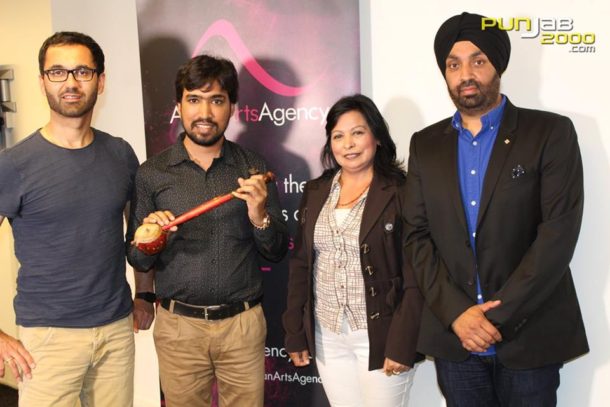 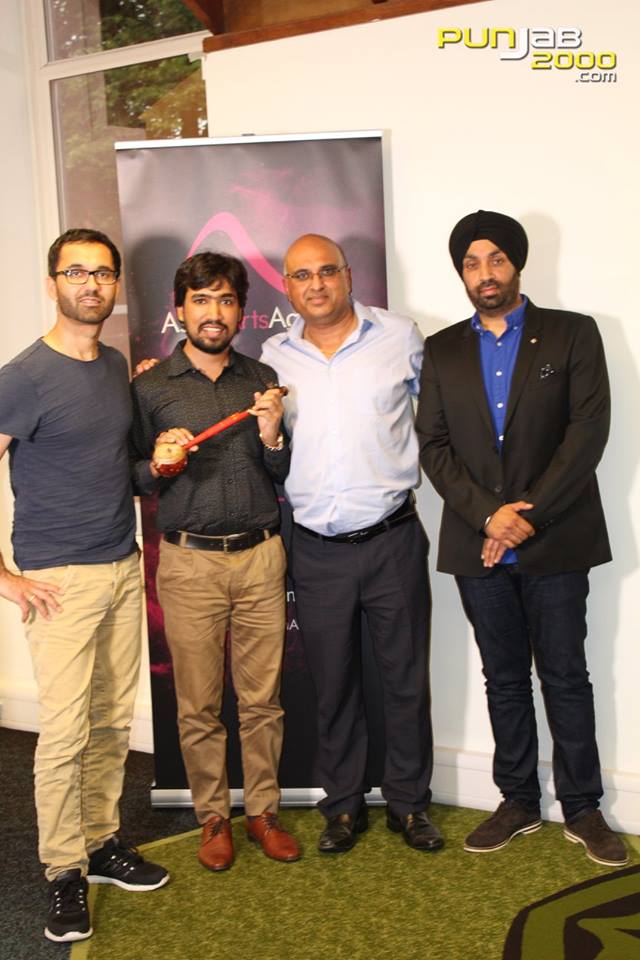 In this photo we have DJ Swami,then Vijay Yamla the grand son of late Lal Chand Yamla Jatt ,and me Nash Aujla with Jaswinder (Jas)  from the Asian Arts Agency on my right.

PunjabTronix is a new project produced and commissioned by Asian Arts Agency in reponse to Reimagine India 2017, a cultural exchange programme designed to develop creative collaborations between artists from England and India.

Diamond Duggal, also known as DJ Swami, is a music producer, DJ, songwriter and guitarist. He is also the leader of UK pop/electronic/Bhangra band  Swami. An Ivor Novello and Mercury nominee, he has produced and played alongside Mutt Langeon the Shania Twain  double Grammy-nominated 2002 album UP!. He has won the Best Producer category twice (2005 and 2008) at the UK Asian Music Awards. He also won Best Mixed Album at the South Africian Music Awards in 2010. 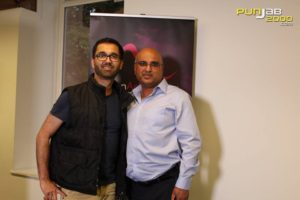 DJ Swami and me

An internationally accomplished music producer from the UK, who grew up in Handsworth. Duggal has produced for a variety of platinum-selling award-winning artists, including  Apache, Maxi Priest, Stereo Nation, as well as remixing Erasure, The Beat and Nusrat  Fateh Ali Khan. He has also performed and toured as a guitarist with Robbie Willaims, Boyzone, and Blue.

The Indian connection comes from Vijay Yamla  the Grandson of the late Lal Chand Yamla Yatt  who is also multi talented and can play many traditional instruments like the Tumbi ( single string musical instrument), The Flute and double flute called Algosa and also do traditional singing just like his Grand Father Lal Chand Yamla Jatt. I asked him it was difficult to learn to play these instruments and he said as long as you have a passion to learn, nothing is difficult. 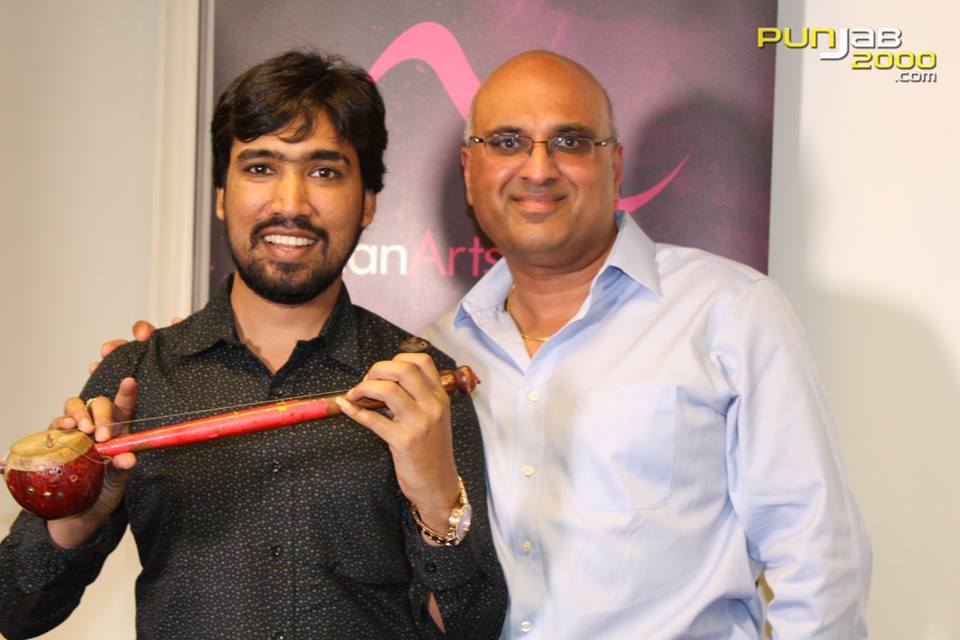 Vijay Yamla posing with a Tumbi.

The concept of Punjabtronix was to bring the Indian Folk instruments to the fore front and combine them with UK electronic sounds to produce a totally new sound. The show that was put on was just amazing with infused live singing coupled with a large screen display show was just mesmerizing and the audiences went wild dancing in front of the stage. This new sound was like nothing I had heard before and needs to carried forward so more people can enjoy. There was one special track produced as a reminder of  70 years since the partition of India and Pakistan in 1947. There was photographic displays on the screen from images from 1947 and the music went through phases of the hurt and suffering as millions of people were displaced and then turned optimistic as people settled down and looked to the future with hope and optimism as the next generation came. 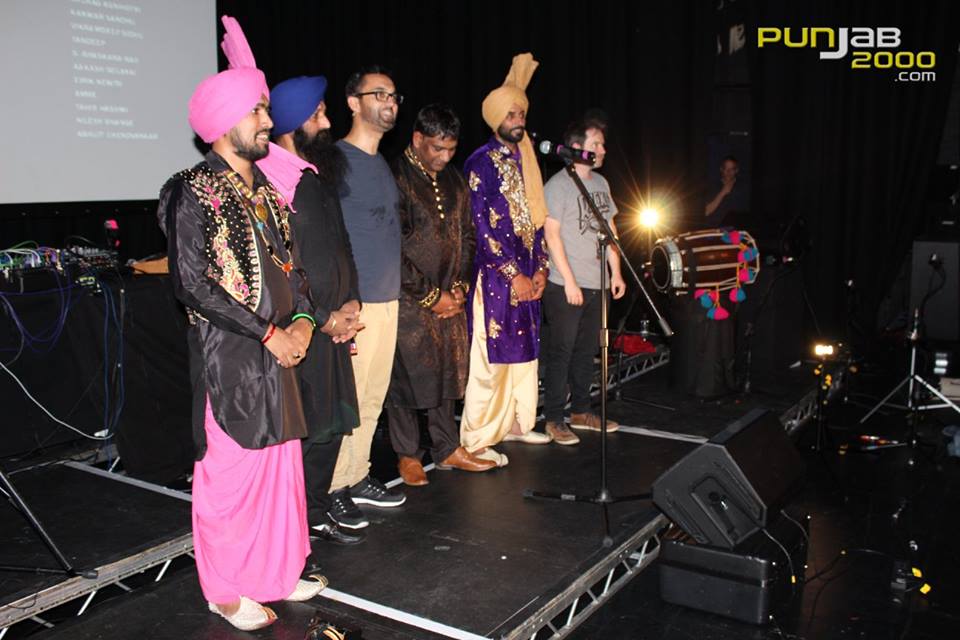 I would recommend everybody to go and witness this show that has been put together and is touring the UK and there are plans to take this show to other countries and also full circle back to India .