Directive genius behind Youtube series ‘As We Proceed’ featuring Sunny & Shay Grewal, MadTatter catches up with Punjab2000’s Amrit about what makes his creative mind tick.

Amaretto catches up with Tandy from MadTatter Films 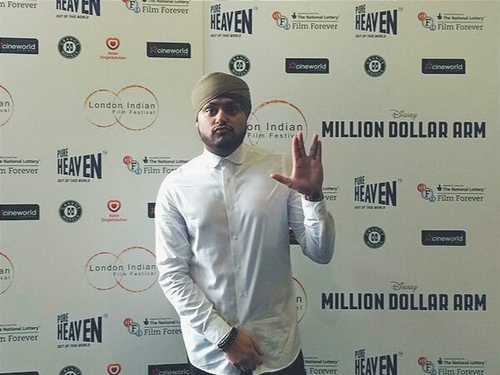 Tandy making impressions at a red carpet event in London

Having worked with Youtube sensations Lilly Singh, A.K.A iiSuperwomanii and Jus Reign, The MadTatter has spread his imaginative intellect across the globe in Canada. MadTatter Films has been proudly associated with The Glass Museum who presented Souled Out Tour with the previously mentioned global Youtube stars iiSuperwomanii and Jus Reign as well as Inkquisitive, Humble the Poet and Selena Dhillon to name a few. 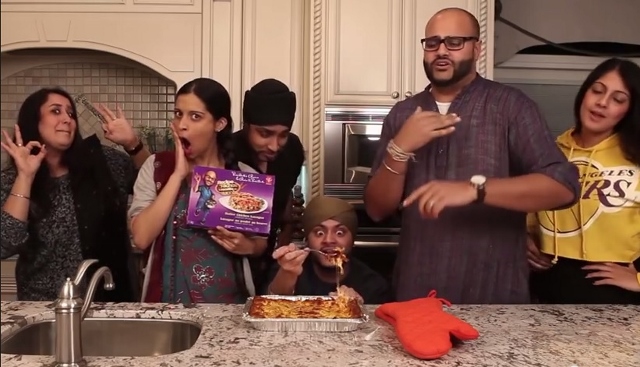 MadTatter alongside fellow UK-artist Inkquisitive with IISuperwomanII and Rick Matharu

Tatter’s film versatility ranges from films in music video, documentary, comedy as well as design work. MadTatter’s talent in capturing the artistic world of music through video most famously erupted from Tigerstyle’s Ik Banere video in 2012, transforming a live recording of Inkquisitive’s artwork. Since then Tatter has worked with the likes of JR Dread and the as mentioned before Selena Dhillon. 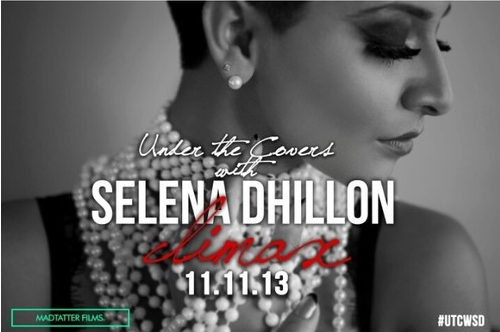 To add to Tatter’s list of talents and achievements, his most recent success is the forever-talked-about Youtube sitcom, ‘As We Proceed’. The first series of which has 25 episodes is out now with a second series to launch soon. An official exclusive is out every Friday on the UK’s biggest British-Asian channel, BritAsia TV. 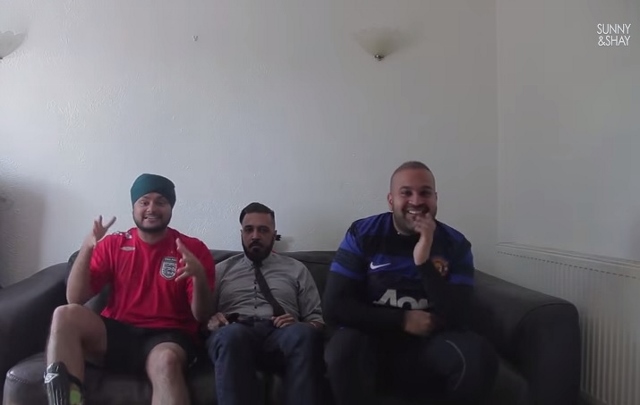 Mad Tatter starring as Deep in As We Proceed

1)   What inspires you as a film director?
Great stories. Being able to convey something that affects someone in some way. They don’t even have to like it. The fact I have created something that effects your emotions is enough.

2)     Tell us about how you became involved in videography?
Since I was a child I was always good at telling stories. I would invent scenarios with my batman figures and envision action scenes. Along with my cousin we were given access to a video camera at a young age and would create these random movies and shows. I actually wanted to be an artist but when I studied media at college I caught the bug and it’s never let me go. I still paint and draw on the side so who knows I may release a book in the future *laughs*.
3)     Talk us through your name choice, ‘MadTatter’?
My surname is Tatter so it fits but the truth is it was given to me by my French teacher. At school I was the kid who would be as cheeky as possible to teachers without getting detention. When I would walk into class I would pretend as though I could speak French fluidly and he would say you’re as mad as a Tatter. MadTatter was born and never grew up.

4)    If you could work with anyone who would it be and why?
Pharrell Williams, Rick Ruben or Kanye West. It’s hard to explain the genius behind what they do. Pharrell literally invents trends whilst Kanye is trying to scream to the world into thinking higher of themselves. Rick is incredible with everything he does. To be in his presence would be an honour.

5)     Apart from Sunny and Shay of course, who has been the most exciting person you have worked with?
Selena Dhillon and The Glass Museum. Selena is amazing because she is so talented and doesn’t even realise it. I can suggest things and she’ll go off and try it. Then if it doesn’t work she’ll come back to me with an improvement, or a suggestion. It’s because she knows and understands her talent. She just doesn’t realise how good she is.

The Glass Museum are so amazing as well. Working with Rick and Harjot Matharu on so many projects has not just been inspiring but truly eye opening. They pushed me to my absolute limits then made me pause and showed me that actually, what you think are your limits aren’t limits at all. They’re the misconception that you’re only able to do certain things, when in fact your talents are limitless. It’s hard to put into words the gratitude, admiration and love I have for them.

6)     ‘As We Proceed’ isn’t the first of your Youtube material you’ve produced. You’ve worked with Youtube sensations like Jus Reign and iiSuperwomanii. What’s been their feedback regarding AWP?
They’ve loved it! Both Lilly and Jasmeet have always told me I need to step up my YouTube game. In all honesty I don’t like being in front of the camera too much but I’ll make sure you remember me when I am. They’ve messaged me personally and shown nothing but support and love.

7)     Do you have any advice for young people who wish to start out in the media industry?
Be prepared to fail and stay grounded. Surround yourself with the right people outside of your creative career. I have homies who are so quick to ring me and tell me if I’m doing something wrong and that’s so important to have. You find out who people really are when they get a little attention, so to have people who keep you grounded is important.

Chocolate or Vanilla? Coconut
Dress Shoes or Trainers? Dress Shoes
Tea or Coffee? CHAA
Cats or Dogs? Dogs
Breakfast or Dinner? Full English breakfast for dinner
PC or MAC? MAC
Sweet or Savoury? Savoury
Scone or ‘Scon‘? Scone
Shower or Bath? Shower
Mum or Dad? I refuse to answer coz I’ll get beats from one of them either way.