Pathaan will join forces with  Ash of Swaraj Records fame to host an eclectic selection of cutting edge, heavy Asian  and World sounds for the dance floor.  Pathaan and Ash have hosted  monthly residencies in cities such as Milan, Madrid, NYC, Rome, Barcelona and  Ibiza as well as touring in India, South Africa and South America.   Pathaan's sound takes you on a journey to  the Indian Sub-continent, in between and back via Lahore, Istanbul, Ibiza,  Marrakech, Paris and many far away hot spots. Pathaan brings the best in  Glob al electronic sound as well  as Asian Chill .  Pathaan's specialist  DJ experience stretches from Talvin  Singh's Anokha, through to his acclaimed Sunset and Stoned Asia Music  compilation series.

Pathaan's sound hits a gap in the market that's been unaddressed  for some time.  Speaking about the new residency Pathaan says, "I’m super happy in hosting a quarterly party allowing me and the growing family to enjoy music from around, this small world of ours". 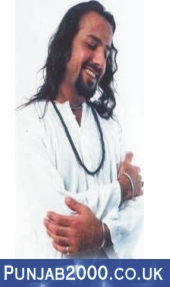 Join Pathaan and the family for a GLOBAL MUSICAL JOURNEY.

Their  sound combines the  raw energy and club beats with the intricacies of classical Indian  music. This is live music equally at home in a sweaty London club or the Royal  Festival Hall.  Orchestral World Groove is a project created by  Pathaan and  Gaudi.

Their live multi channel sound  reaches another  level of consciousness. Expect to hear, world music for the  dance floor with elements of techno  and  house thrown in, as   well as  sonic drum   machine and various effect boxes giving them an additional live element.

Treat yourselves and tune in to 'Pathaan's Musical  Rickshaw'  to hear an eclectic selection of World electronica  like  no other, every Saturday night from Midnight -2am on BBC Asian  Network. The  Big Chill House, 257-259 Pentonville Road, London N1 9NL Next to  King’s Cross Thames link. House taxi rank outside premisesTube: King’s  Cross or British Rail : King’s Cross St Pancras  Thursday 29th March Times : 8pm  till 1am Price : Free admission