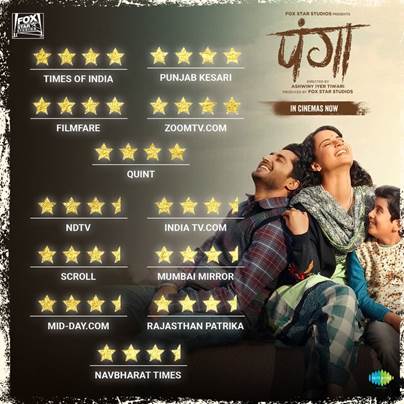 Ahead of its worldwide release today, Panga has received a unanimous thumbs up from the critics at the special screening arranged for the press in Mumbai. Rooted in the subculture of societal facts Panga is an emotional roller coaster tale of a middle class Indian woman;

A forgotten kabaddi world champion who catalyses an inner desire to give a new meaning to her existing role as a wife and mother and takes an ingenious decision to come back to the sport despite the challenges of age stereotypes and a new generation complexities which creates an upheaval in her life as she is torn between family responsibility and love for the sport.
The film has received rave reviews for the incredible performances by the entire cast including Kangana Ranaut, Jassi Gill, Richa Chadha and Neena Gupta under the brilliant direction of Ashwiny Iyer Tiwari. 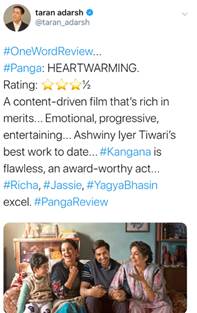 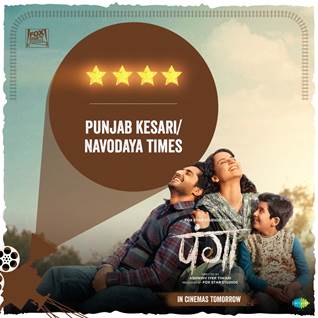 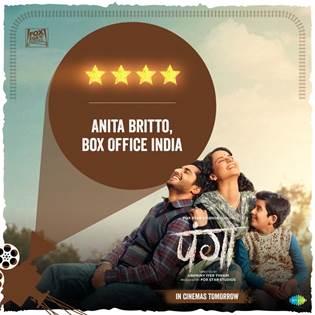 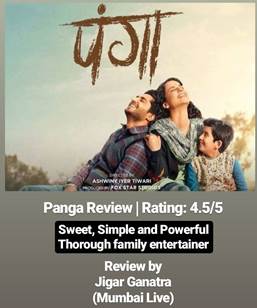