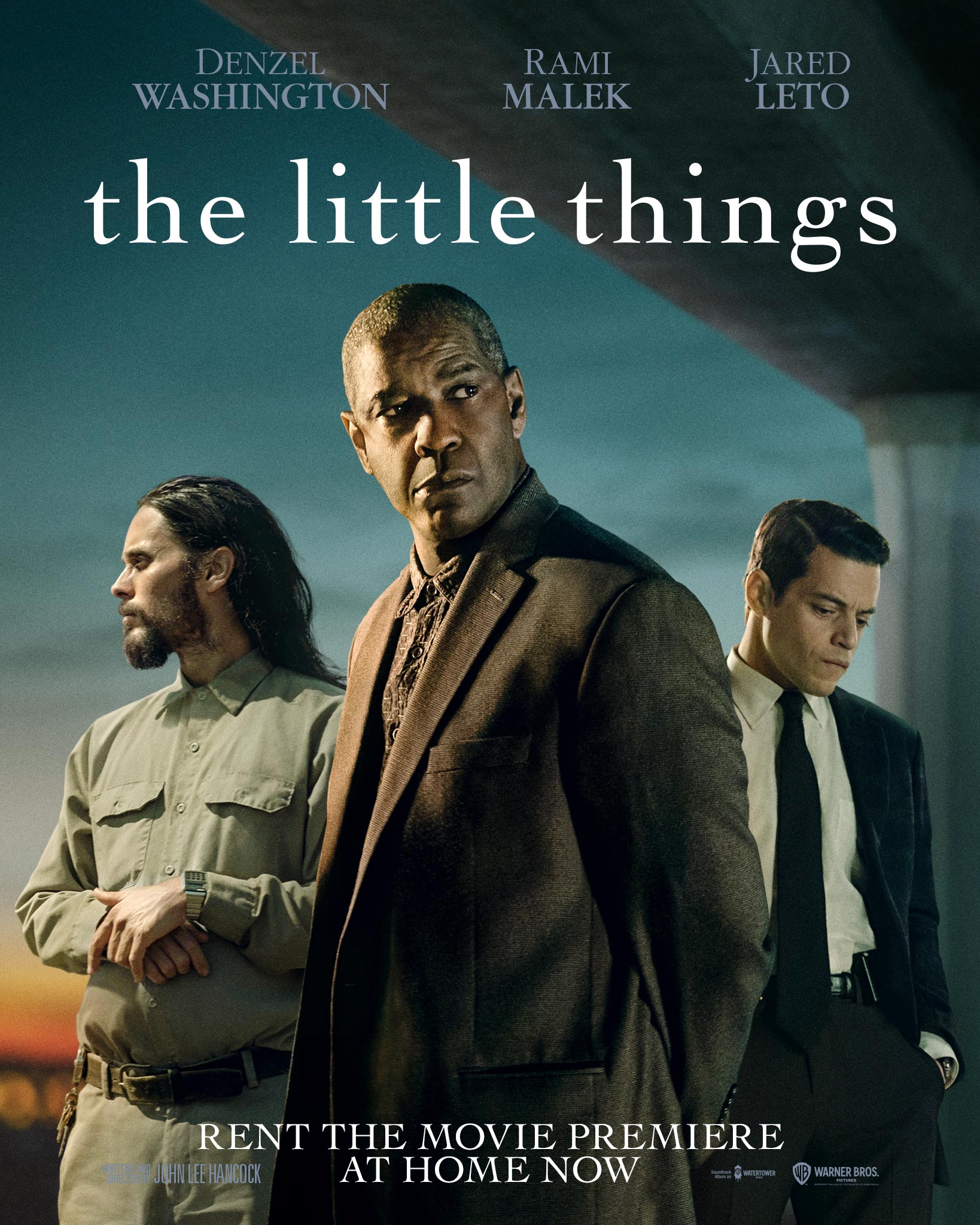 NOTHING “LITTLE” ABOUT THE LITTLE THINGS

As a homage to the ‘back in the day’ neo-noir thriller, director John Lee Hancock brings us a trio of extraordinary talent as his three leads. Hancock has been wanting to make The Little Things since the 90s when he wrote it along with A Perfect World, which was directed by Clint Eastwood and starred Kevin Costner. Even at one point, Steven Spielberg’s name was attached to the project, but the writer-turned-director has taken charge of this murder mystery to keep you on the edge of your seats.

It’s 1993 in L.A. A time before iPhones, social media and the digital age came into full blast.  Joe ‘Deke’ Deacon, played by Denzel Washington, is a deputy sheriff from north L.A. who isn’t very keen to return to his former employer to pick up some evidence. While he’s there, he finds himself in an investigation led by Jimmy Baxter who is played by Rami Malek and on the lead to finding a serial killer. Deke decides to tag along to a crime scene and help with the investigation. Whilst investigating, they come across Albert Sparma who is played by Jared Leto and seems to be the prime suspect of the murders. What follows is a number of disturbing secrets being unveiled that can jeopardise Baxter’s case and a deeper insight into Deke’s past.

The Little Things moves in an old fashioned film noir pace which reminds us of the old classics like Casablanca and Double Indemnity, curtesy of John Schwartzman’s shadowy cinematography and Thomas Newman’s moody score. Denzel Washington as Deke provides another addition to his already impressive list of characters –  as seen where he raids Sparma’s house are absolutely tense. Rami Malek’s portrayal of the stuck up detective Jimmy Baxter keeps us on our toes, just like his determination to solve the case, but it is Jared Leto’s chilling yet intriguing Albert Sparma that hits the park. Sporting the stereotypical 70s serial killer aesthetic and his fixation with murder, he commands any scene he’s in and steals the show without fail. Not to mention that stare that adds to his eccentricity.

Although The Little Things won’t keep you up at night and won’t keep you second guessing, the salute to the 1990s old school thriller makes it a definite watch when being murdered in your bed by a crazy psychopath was was the biggest fear.

2 years ago in Latest
HollywoodReview