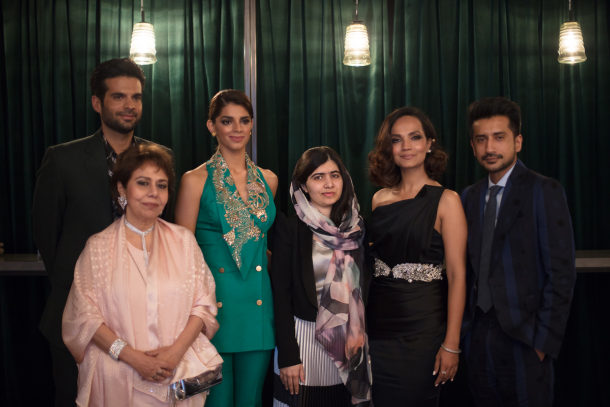 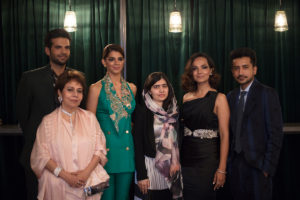 As the filmmakers get set for the release of Cake today, Nobel Prize Laureate, Malala Yousafzai, was among many guests that attended the World Premiere of the forthcoming Pakistani film release, at Vue West End earlier in this month. Following the screening, the Oxford undergraduate conveyed her praise for the film when she met with actors Aamina Sheikh, Sanam Saeed, Adnan Malik and Beo Raana Zafar, and director Asim Abbasi.

Directed by Asim Abbasi, Cake has been produced by British Pakistani businessman Sayed Zulfikar Bukhari and is being distributed by B4U Motion Pictures.