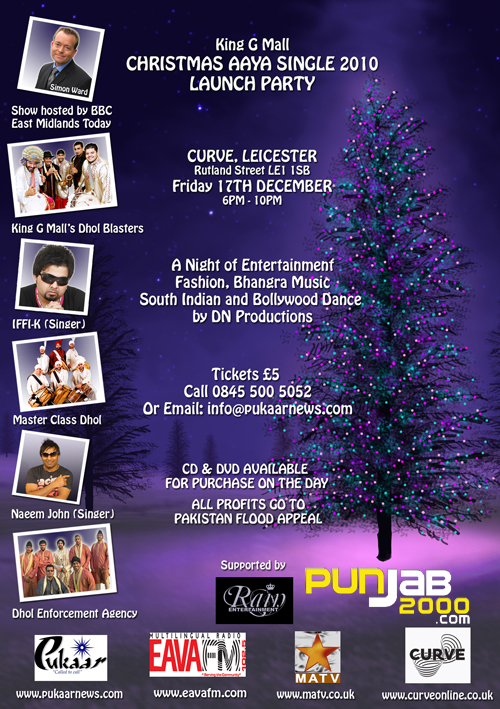 The record-breaking drummer King G Mall is aiming for number one with the first Asian Christian Christmas song.
He says, ‘We celebrate Christmas every year.  We all celebrate it to some degree and I love bringing everyone together for a good cause’ ‘Christmas Aaya’ – Christmas is Here – is sung in both English and Punjabi and is the first song with a video shot in four countries – the UK, Holland, Canada and India.

King G, also known as Gurcharan Mall, produced the single to raise money for the victims of the Pakistan floods:  ‘The track is hardcore bhangra based on traditional Punjabi folk music and you can’t help smiling and dancing!  When we were filming at London Bridge the tourists joined in and now they’re in the film, along with people from the streets of Leicester.’

King G Mall, who appears in the video as an Indian Father Christmas, twice featured in the Guinness Book of Records for the largest assembled gathering of dhol players (Punjabi drummers.)  Earlier this year he released ‘Aao Ji,’ the first bhangra song to feature non- Indian artists to sing in Punjabi, which received massive online attention with over three hundred twenty thousand hits.

The single (CD and DVD) is released in the first week of December (2010) and on Friday December 17 the Curve, Leicester is holding a launch party hosted by Simon Ward from BBC East Midlands Today.

Entry is £5 and the night will feature a fashion show, bhangra and Bollywood dancers.

King G says, ‘People say, “What’s the crazy guy up to now?”  I’m aiming to bring together people of all cultures for a good cause and to celebrate Christmas as one!’All profits from the single will go to help victims of the recent flooding in Pakistan. For more information call Gurcharan Mall on 07721 400 422 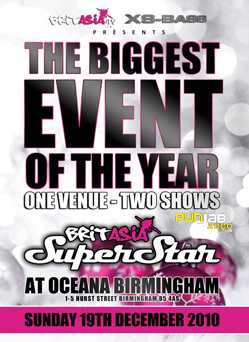 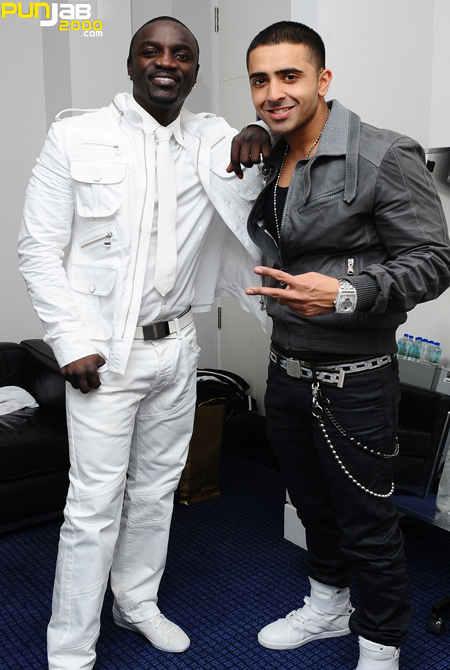 6th Dec, London: R’n’B/pop superstar Jay Sean yesterday joined a host of UK and US chart toppers at the O2 Arena for Capital FM’s annual Jingle Bell Ball. Hounslow-born Jay, whose last hit 2012 went top 10 in the UK, made a 24 hour whistle stop visit to London in the middle of a frantic US tour schedule. 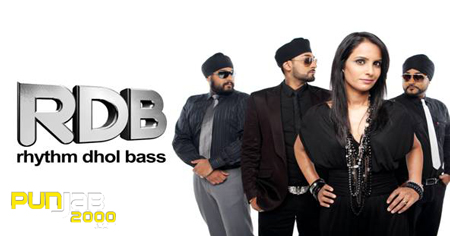 RDB TEAM UP WITH THE DEOLS FOR ‘‘YAMLA PAGLA DEEWANA’’

RDB TEAM UP WITH THE DEOLS FOR ‘‘YAMLA PAGLA DEEWANA’’