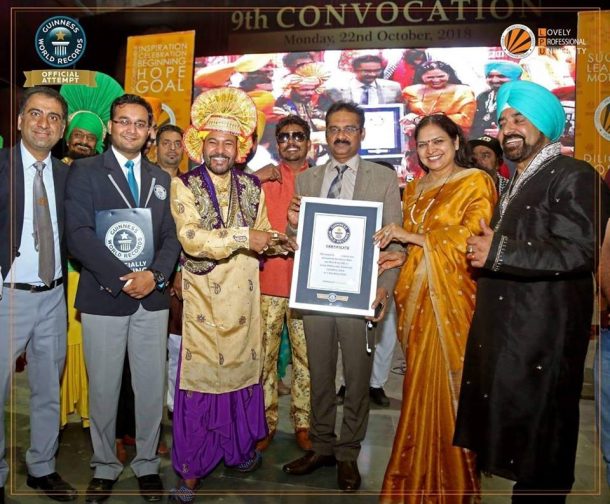 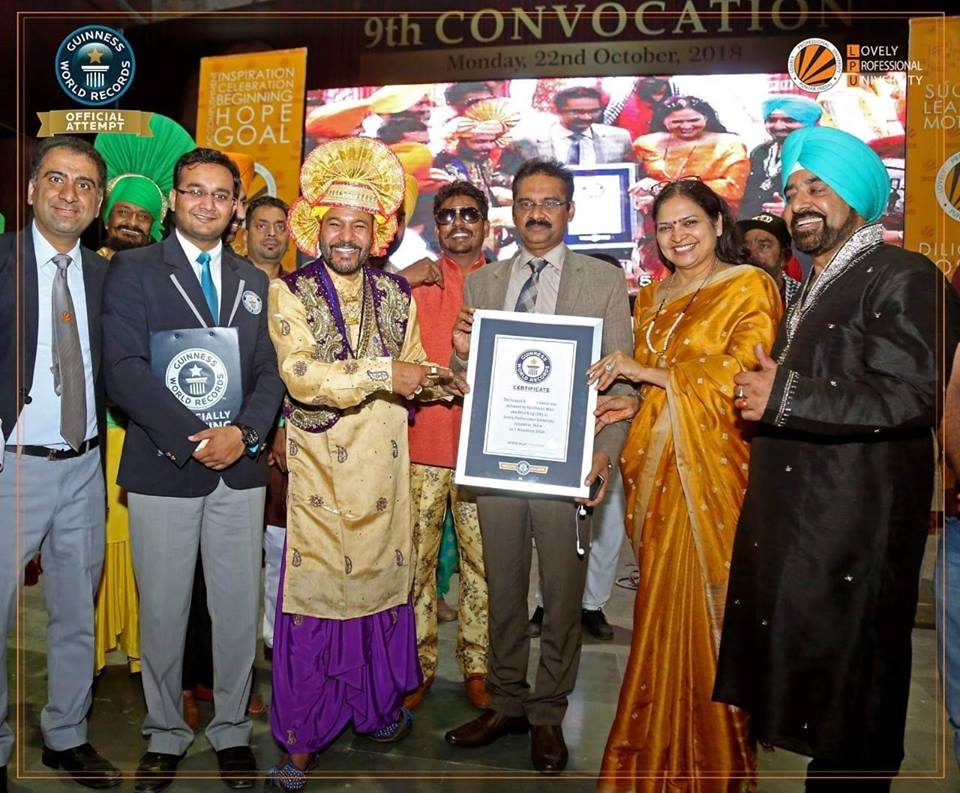 The Guinness World Record for largest bhangra performance was smashed at the Lovely Professional University, Punjab India, on 1st November 2018, where 4,411  participants  performed continuously on seven steps of bhangra, dressed in traditional Punjabi dresses kurta pyjama (boys) and salwar suit with dupatta (girls). They performed on the beats of dhols, rhythms of bansuri and chimta, including 13 other Punjabi folk dance musical instruments. Dhol King Gurcharan Mall of England had arranged this event in a bid to  break the previous World record which stood at  2167 people. Bhangra lovers from different parts of the world also performed at the same time at Baldev Raj Mittal Unipolis auditorium of the university. Guinness Book of World Record Team was headed by Swapnil Dangarikl who judged the event.

Gurcharan Mall said after the event that there were over 2000 people still waiting to take part in the world record attempt but due to time constraints they were not allowed to take part and had to be turned away, “with the blessings of the almighty God we have achieved the NEW BHANGRA WORLD RECORD”.