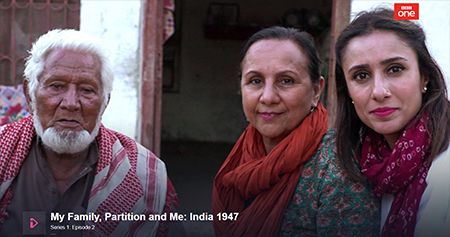 Wednesday night we saw Anita Rani’s two-part documentary ‘My Family, Partition & Me India 1947’. As I watched this gripping documentary my heart is torn knowing my ancestors and many others suffered such tragedies during this dark period.

Benita went back to her father’s home, now predominantly a Muslim country since the partition. She met with the last living Hindu family in that town which shows the impact the partition had caused. Her father explained he was one of ten siblings who managed to escape as his father knew a wealthy Muslim Mujaffar Miah offering them safe exit.

Sajid travelled with his grandfather to Ambula and realised his house was no longer present and was used as a storage place. An emotional reaction by Assad who has been diagnosed with prostate cancer, this was his chance going back to his ‘home one last time’. Assad’s father was a local doctor who served the local people whether they were Sikh, Hindu, Muslim or Christian but as time went on and the Muslim League grew in numbers even Assad’s father changed. A previous patient met with Sajid & Assad and mentioned that his father had angered the locals as he placed a massive sign “PAKISTAN” above the surgery. This goes to show the huge impact the Partition caused on individuals opinions, not seeing each other as one but divided by religion.

An interesting angle from Mandy who’s grandfather, a white Christian who was in Calcutta in 1947. Arthur Wise had sensed the rising tension sent his family back to England however he stayed on and had witnessed first hand the horror on both sides.

Lastly, Anita Rani returned to her grandfather’s ancestral home in Pakistan. She found out that her grandfather’s first wife and family were killed by vigilante mobs mainly Muslim. We saw this happen in India, Pakistan and Bangladesh but the state of Punjab suffered the worst violence as people travelled through Punjab to India and Pakistan.

The only real criticism I have is the emphasis on Gandhi, the failure to realise heroes like Bhagat Singh, Shivaram Rajguru and Sukhdev Thapur who were put to down for their revolutionary movements pre 1947.. 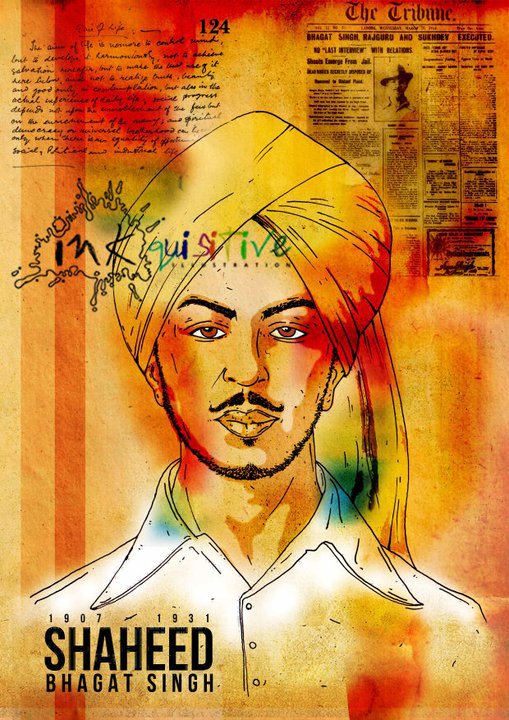 A personal point for me was the documentary showed that Hindus found comfort in India and Muslims found comfort in Pakistan however the state of Punjab was split into Pakistan and India leaving many Sikhs confused where to go and still quite confused till this day.

On the whole a very well balanced documentary highlighting that partition was not a well thought out plan as documented. The pain experienced by many and still suffered by partition victims is ever so prevalent. A nation once living side by side, and now partitioned by religion.