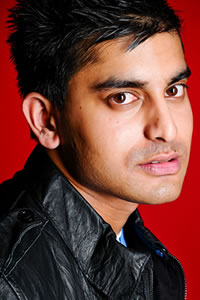 The catchy, energetic track employs the superb production talents of Soundpipe’s Bee2 and is the follow up to Mithun’s hugely successful debut singles “Meri Jaan” and “Aaja Tu Mere Naal” which featured Jinx.

“Bee2 is a well established producer and it’s been a great learning experience working with him and the rest of the Soundpipe team. Collaborating with Bee2 has produced some great vibes. Kaun Hai Voh is a track that we had a fun time making” says Mithun .

The latest track asserts once more why Mithun is an artist with a very bright future. He retains his innovative approach to music-making with top producers coupled with some of his most versatile vocals to date.

His third studio offering has the constant upbeat vibe and energy that will instantly command you to the dance floor and is guaranteed to make some big noise this Summer!