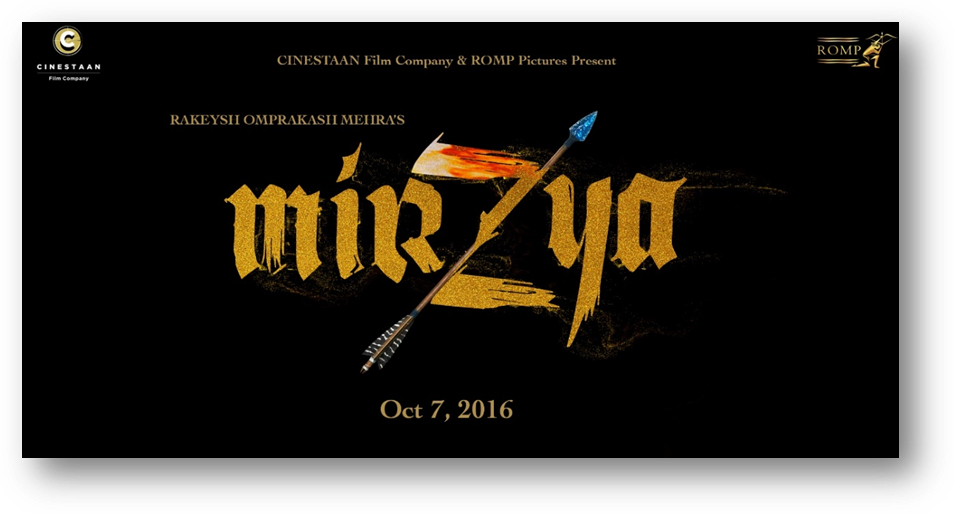 At an impressive gathering of International media at the International Indian Film Academy (IIFA) Press Conference today in Madrid, Spain, Director Rakeysh Omprakash Mehra brought to life the words of the much admired and adored poet, lyricist and storyteller, Gulzar, while unveiling the Theatrical Trailer of his first directorial love story, MIRZYA.

CINESTAAN Film Company and ROMP Pictures are very proud to present Rakeysh Omprakash Mehra’s MIRZYA, a beautifully crafted love story told only as the master craftsman of cult movies like Rang De Basanti and Bhaag Milkha Bhaag can, in his unique and inimitable style. The film is as real as it gets.

Reinventing the folklore of the legend of Mirzya – Sahiban, the filmmaker has set it in contemporary times, narrating it musically to the tunes created and crafted by the trio of Shankar Ehsaan Loy. MIRZYA has been beautifully shot by gifted Polish DOP, Pawel Dyllus and has been edited vibrantly by P. S. Bharathi Mehra.

The film introduces Harshvardhan Kapoor and Saiyami Kher, along with Anuj Chaudhary, all of whom make a dramatic entry into the world of cinema in this untold love story of estranged soul mates.

The film realistically unfolds with heightened drama & action packed sequences in the visually rich terrain of Rajasthan, brilliantly contrasted with flashes of the fantastical universe of the folklore, set in the awe-inspiring landscape of Ladakh.