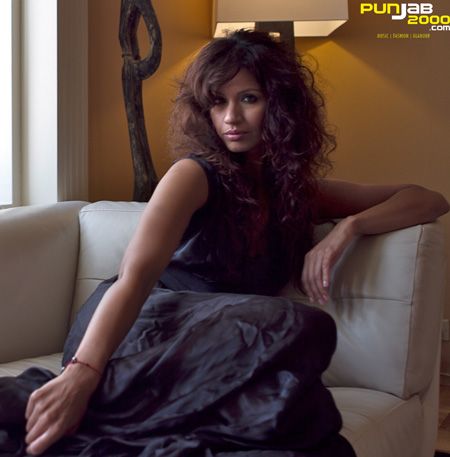 Manjit’s soft captivating voice amplifies the sentiments of her lyrics through smooth and acoustic melodies resulting in songs that are honest, heartfelt and emotional. ‘Holding onto Smoke’ is taken from her forthcoming EP – ‘Ocean and a Curse’, produced by herself and Chris Sholar “. The song is about letting go when you don't want to. Listening to that voice inside you telling you to make the right decision even though it’s the hardest.” Manjit.

“A beautiful minimal production that brings Manjit's seductive and intimate vocals up front and close, and draws you into her story.” Stuart Matthewman, Sade

"This is a sultry, reflective song of longing and acceptance by siren Manjit, a singer-songwriter who smoothly blends bossa nova, R&B and a hint of jazz into a soul satisfying mix." Nelson George, Music Historian & Filmmaker

Originally from the UK, Manjit grew up to the sights and sounds of multicultural Britain, amidst a plethora of creative inspirations and influences. Through the diversity, she developed a love for soul and smooth Jazz, the perfect medium for her autobiographical song writing and escapism. Over the years Manjit has undergone a journey of highs, lows and self-discovery that have inspired her and seen her move from London to New York.

Since moving stateside Manjit has immersed herself in the music and fashion scene. Credits include performing at several high profile events for acclaimed music, business and fashion companies and celebrities such as Russell Simmons, Deepak Chopra and Christy Turlington. Her list of collaborations also includes Stuart Matthewman of Sade as a featured artist on his ‘Cottonbelly’ album, Jay-Z, Yoko Ono, Fanatic, Ruckus and Aurellius Seven.