Get ready to ‘Party Like A Punjabi’ as Manj Musik & Gippy Grewal set to release their end of year anthem on 22nd December! 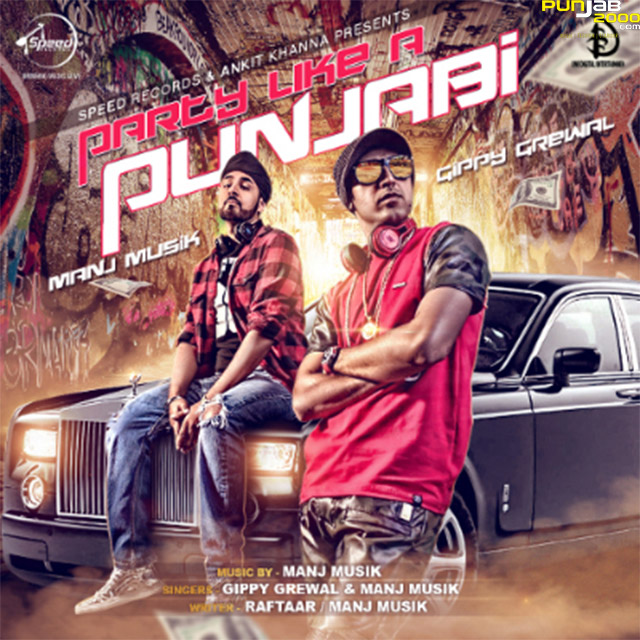 Two of the most exciting entertainers in Punjabi music combine for a song that will end 2014 with a bang, and is sure to start 2015 in similar fashion! ‘Party Like A Punjabi’ combines the musical swagger of Manj Musik with the unrivaled energy & exuberance of Gippy Grewal for this huge party anthem.

Manj Musik began 2014 with the hit song ‘Whistle Baja’ for the film HeroPanti, that spent 6 weeks at No 1. ‘Swag Mera Desi’ alongside Raftaar followed, spending 3 weeks at No 1 on the MTV India charts.

With endless Bollywood successes already under his belt, it was time for Manj Musik to deliver another international Punjabi anthem.

After composing the music & producing the song, Manj approached Internationally acclaimed Punjabi singer & actor Gippy Grewal to be apart of this special project. Speaking about the collaboration, Manj states;

“I presented the song to Gippy paji who I thought fits best for the track and he just loved the music and wanted to be part of the song instantly.

This is my musical creation for all audiences that like to party and Gippy Paji was brought in as he is one of the most wanted Punjabi and Hindi actors in the Industry today, as well as a great singer & performer.”

The video for ‘Party Like A Punjabi’ was shot in Toronto, Canada and features Youtube sensation Jus Reign! The fun filled video, provides the perfect high-tempo backdrop for this huge release.

Speaking about the song, Manj Musik explains how ‘Party Like A Punjabi’ is for everyone,

This track is NOT just for Punjabi people to dance to but ALL people. We need to show everyone how to truly PARTY LIKE A PUNJABI….and I think this track will do the trick”

The song will hit all International Music TV channels from Monday & available from all leading digital stores!