Mumbai, 29th April 2016: Last year, leading record label Universal Music India announced the launch of its new sub-label ‘EMI Records India’ in collaboration with Bollywood’s ace film director Mohit Suri. The sub-label was initiated as a one of its kind venture to find `music and entertainment’ talent that could be curated, mentored and nurtured under expert guidance.

EMI Records India was created not just for singers but for a wider spectrum of musical talent including musicians, composers, lyricists, producers and DJs.

After having launched its first artiste last year – the talented Anmoll Malik, daughter of the famed Anu Malik, the label now prepares the launch of an exciting UK-based Punjabi production-cum-performing trio MANGO BEATS. 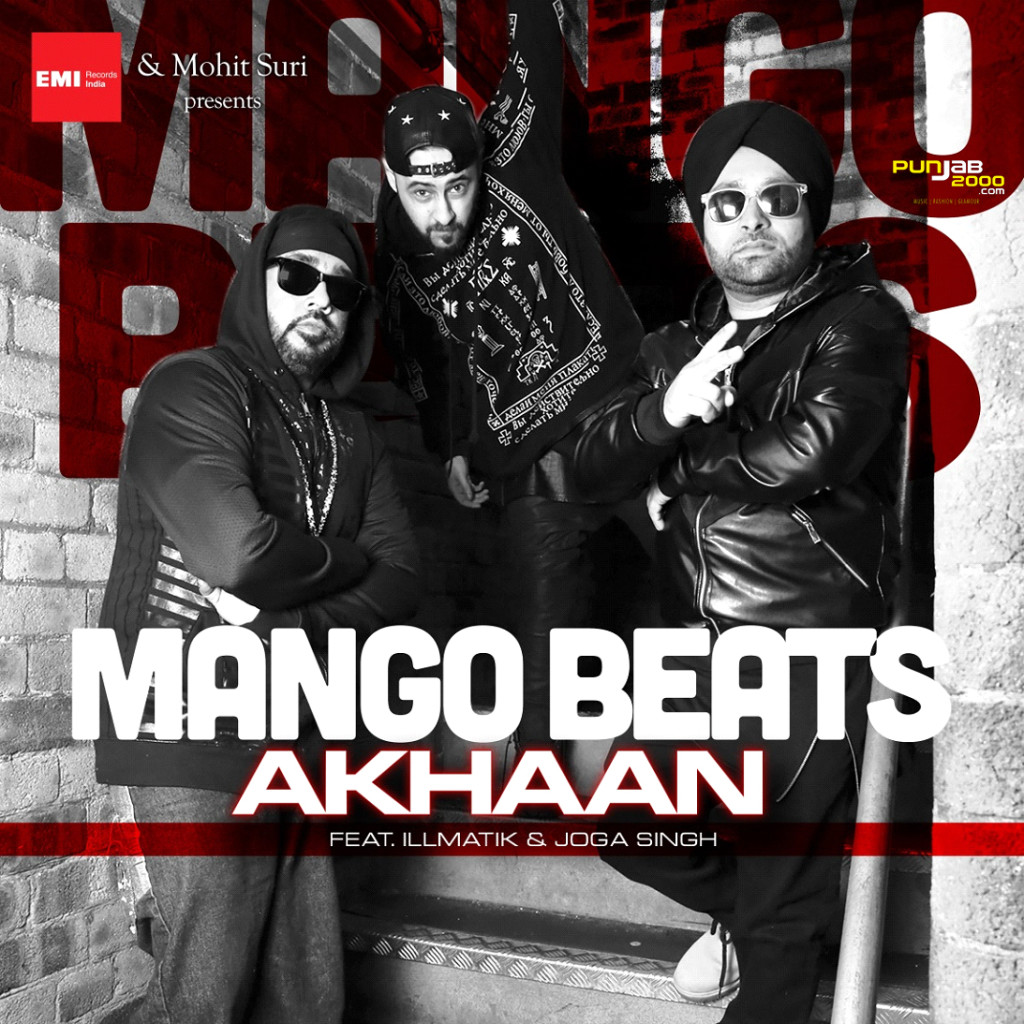 Says Mohit Suri ‘the most exciting part of EMI Records India is finding new talent and giving them the platform to nurture and showcase their skills. I am proud to launch Mango Beats which I’ve discovered along with the EMI Records India team and I believe they have a very unique sound to offer. This is the first time that we’ve signed a Producer-cum-DJ outfit and I am confident that Producer / DJ Surinder Rattan along with his two cutting edge rappers will bring in a fresh new age sound. I hope the audiences enjoy their debut single “Akhaan” as much I did.’

Devraj Sanyal, Managing Director and CEO, Universal Music Group, South Asia says, “We are eagerly looking forward to introducing Mango Beats to our audiences! Their contemporary sound combined with their distinctive personalities is what makes them a very exciting outfit. And keeping to our objective of working with `entertainment and music’ talent beyond just `singers’, we are proud to sign this Producer/DJ/Rapper `collective’ to EMI Records India. The track “Akhaan” is a banger and destined to become the biggest dance hit of the year!”

Mango Beats was formed after DJ Surinder Rattan roped in rappers to push his distinct production sound to a global audience. He decided to use long-time collaborators Illmatik and TRIX as they had built a great understanding with him, both in the studio as well as on stage performing high energy gigs!

Speaking on the launch of their debut single, DJ Surinder, on behalf of Mango Beats, said, “The “Akhaan” team and I cannot wait to unleash our sound to a global audience. I thank Mohit Suri and the team at EMI Records India for providing us the platform to do this and having faith in our music. Let the journey begin.”
“Akhaan” from the Mango Beats is available digitally worldwide exclusively on EMI Records India.

Mohit Suri is a noted film maker who is known for successful box office hits like `Raaz 2’, `Murder 2’, `Aashiqui 2’, `Ek Villain’ and `Humaari Adhuri Kahani’. His upcoming project includes `Half Girlfriend’- based on Chetan Bhagat’s novel.

He started his career as an assistant director with Vishesh films owned by his maternal uncles – Mahesh Bhatt and Mukesh Bhatt. He made his debut as a director in 2005 with “Zeher”. He followed it up with critical and commercial success like `Kalyug’, `Awarapan’ etc. The reputed director will now also turn producer with `Half Girlfriend’ as he co-produces the film with Balaji Motion Pictures in addition to directing it.