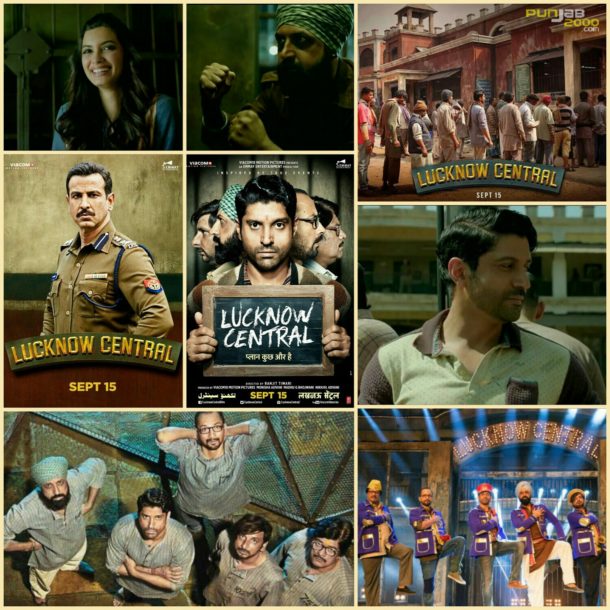 Farhan Akhtar shows his mettle in a gritty story of prison, politics and corruption. 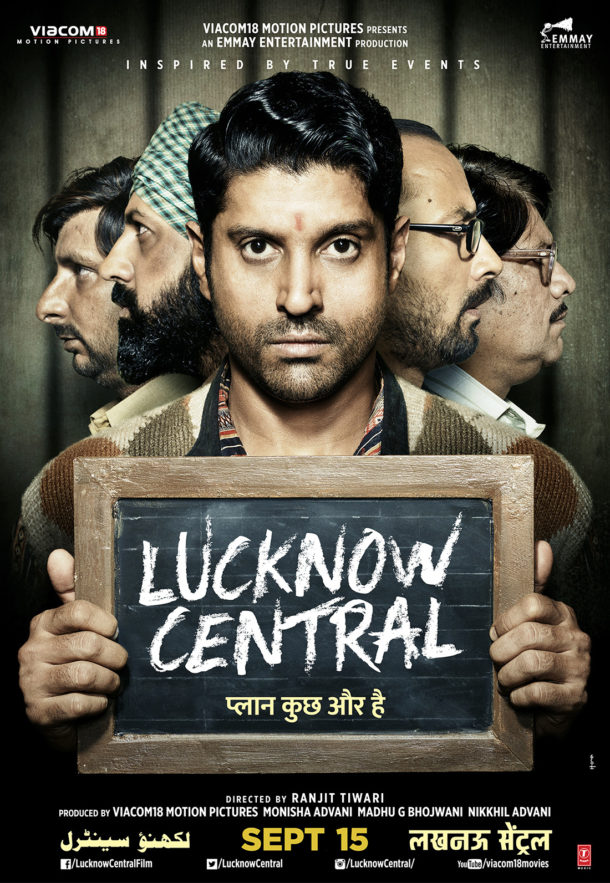 Kishen Girhotra (Farhan Akhtar) is a young man with a dream. To form a band and perform in front of thousands….

In pursuit of his dreams, he gets accused of the murder of a high-profile politician and his dreams are shattered overnight as he finds himself thrown into the notoriously tough prison ‘Lucknow Central’. He faces regular beatings and comes up against the challenges of a corrupt and violent system. 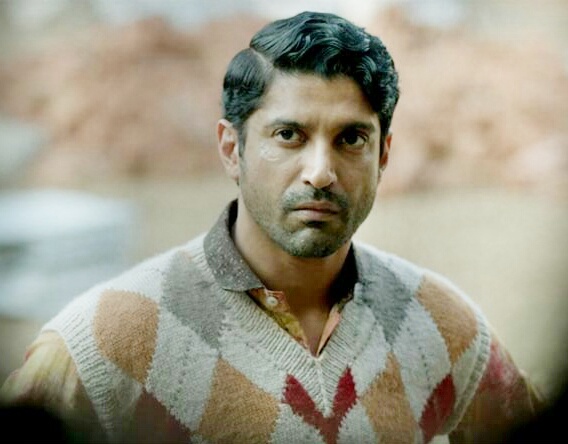 As he battles to survive, he meets an idealistic social worker, Gayatri Kashyap (Diana Penty), who believes that prisoners can be reformed and rehabilitated, and comes up with the ingenious idea of forming a band to enter a national competition. 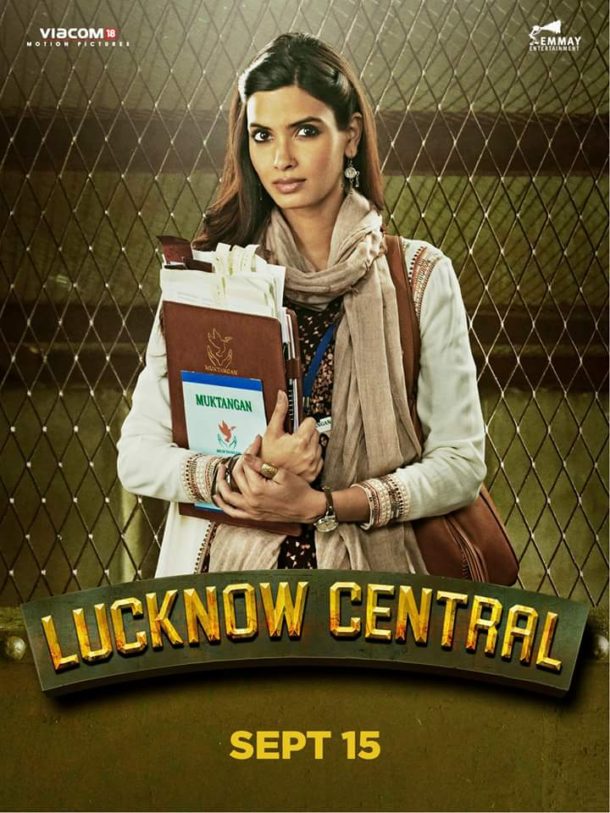 Kishen sees this as his opportunity to not only reignite his dream of singing, but also as a potential route to escape. He sets out to form his ‘band’ with a group of his somewhat unconvinced inmates, Dikkat Ansari, Victor Chattopahdyay, Purushottam Pandit, and Parminder Gill. 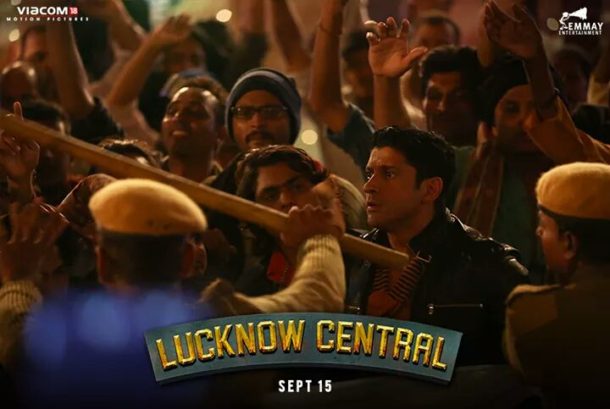 Inspired by true events, Lucknow Central is a gritty and gripping journey into India’s corrupt political and judicial systems. Stark and shocking in many ways, it is a brave film with heart, humour and hope. 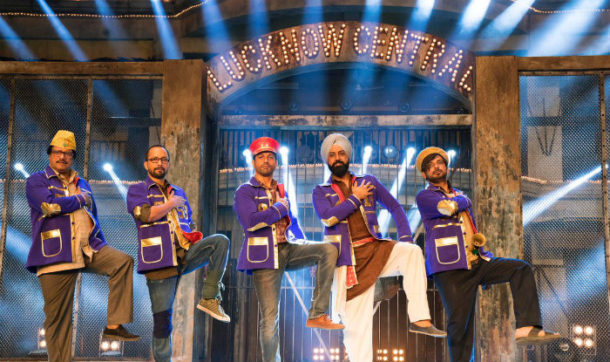 Award-winning actor, Farhan Akhtar returns to the big screen in fine form, showing off both his acting skills that have made him hugely popular with box office smashes including Zindagi Na Milegi Dobara and Bhaag Milkha Bhaag, and his dance moves that turned him into a heartthrob in movies like Rock On! Joining him is Punjabi superstar Gippy Grewal, an award-winner in his own right, as Parminder Singh Gill, and a member of the Band of Prisoners. 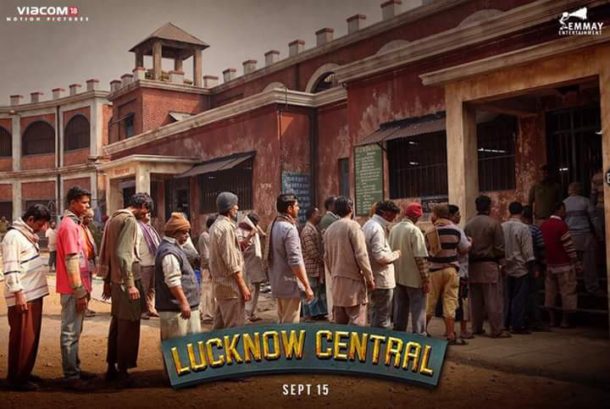 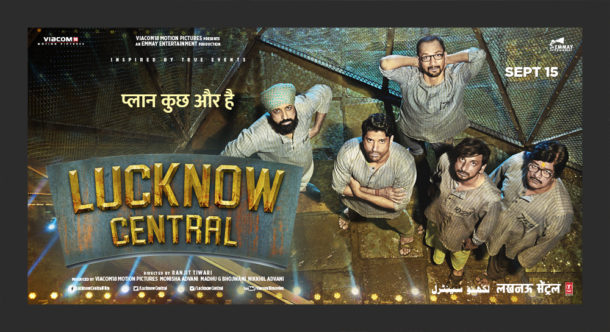 Lucknow Central, directed by Ranjit Tiwari will be released worldwide by Coconut Movies on 15th September.

The question is what will Kishen choose… his dream or his freedom? 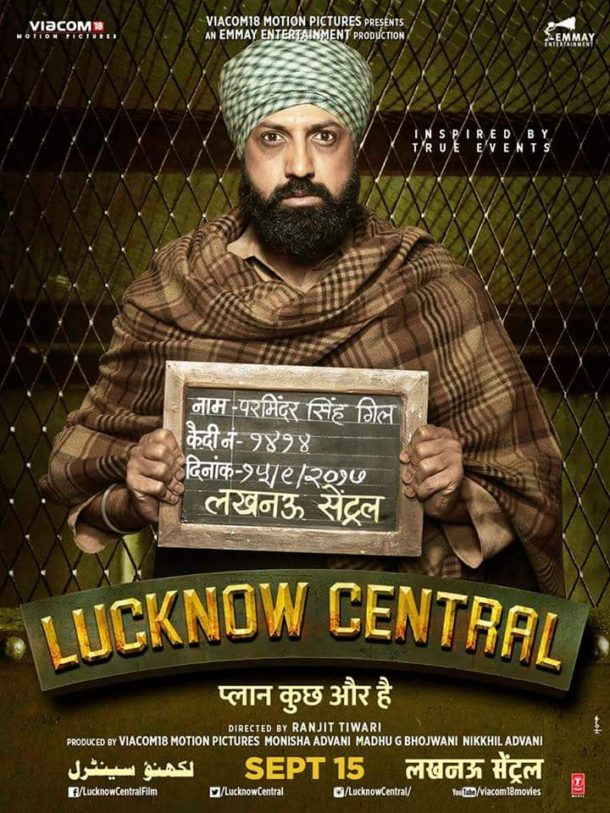