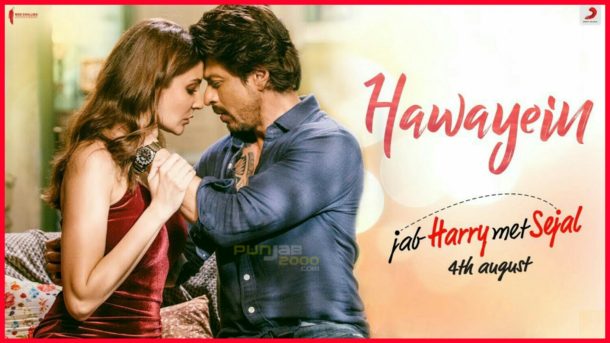 Shah Rukh Khan and Anushka Sharma get up close and personal in the new song Hawayein from Jab Harry Met Sejal. 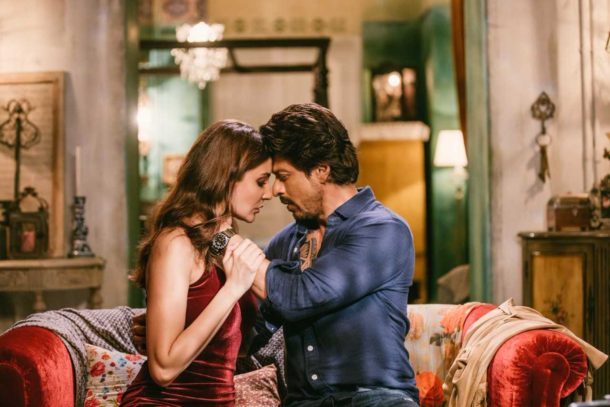 The latest song Hawayein from Jab Harry Met Sejal is out. After the upbeat Radha, groovy Beech Beech Mein, celebratory Butterfly and enchanting Safar, Hawayein brings another mood, romantic, to the album.

The song Hawayein shows the sizzling chemistry between Shah Rukh Khan and Anushka Sharma as they gradually realise their feelings for each other.

The magical love song has been composed by Pritam with the vocals by Arijit Singh.

Shah Rukh Khan is playing a tour guide in the film who slowly falls in love with Anushka Sharma, a Gujarati girl who is on a trip right before her marriage.

Presented by Red Chillies Entertainment, Jab Harry met Sejal is directed by Imtiaz Ali and is releasing in cinemas on 4th August. 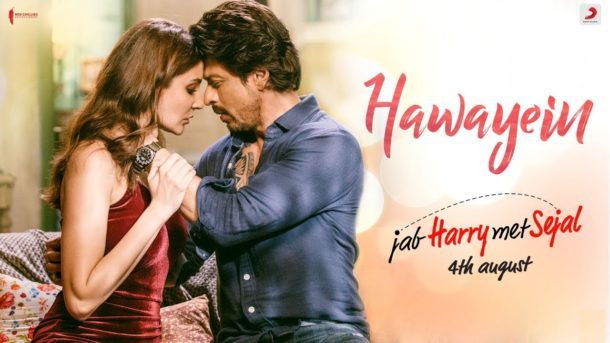 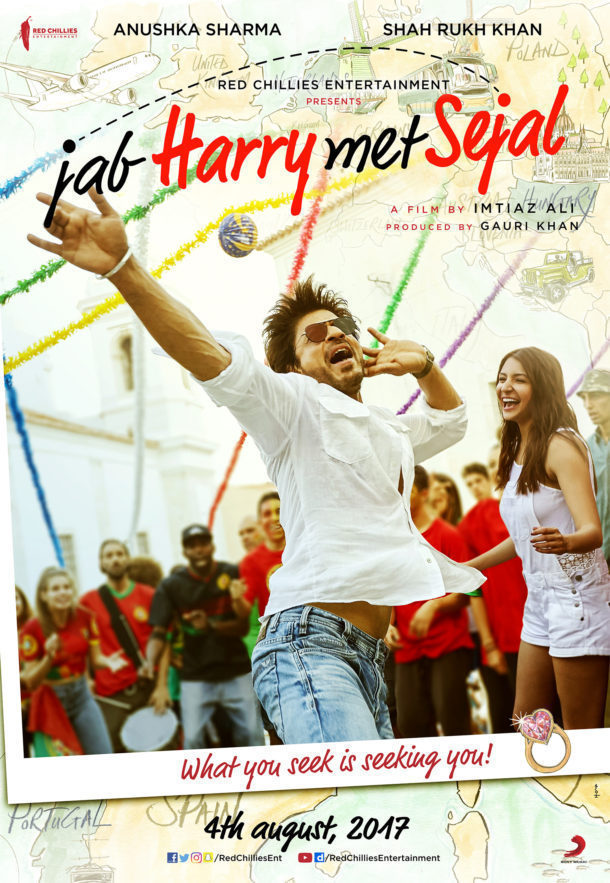 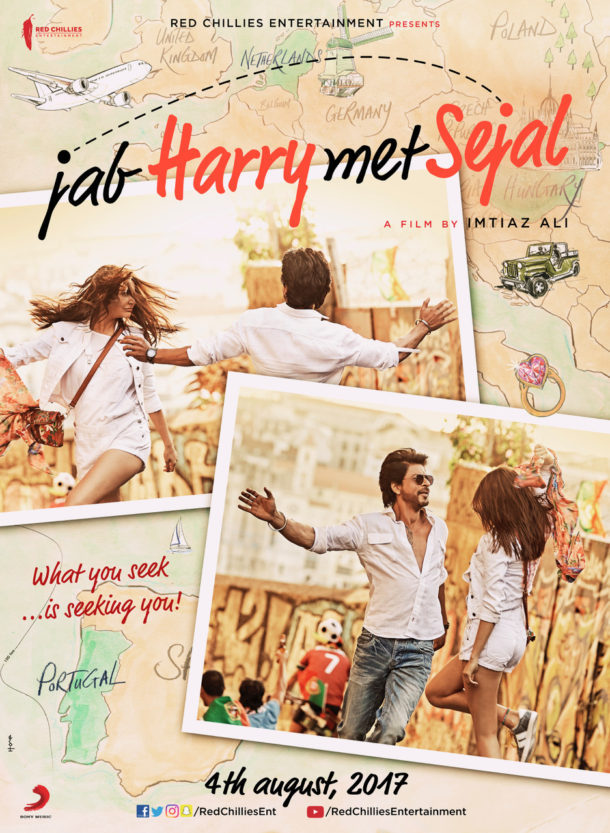