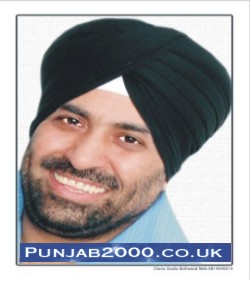 Apna Sangeet evolved from a three to a six piece band, which lead to the release of their first album in 1986 titled ‘Apna Sangeet’. Kulwant penned lyrics to classic tracks like ‘Nach Piyan Muttiaran, ‘Gur Nalon Ishq’, Akhiyan Laake’ and the band went on to win the Upcomming Band award at the 1986/87 Pop Awards.

In 1987 the release of ‘Tour India’ and in 1988 ‘Mera Yaar’ propelled Apna Sangeet into superstar status and showcased Kulwant’s vocal and lyrical talents. Tracks like ‘Veer Te Phena Da’, ‘Nach Nach Kuriye’ and the ever green ‘Mera Yaar Vajave Dhol’ established Bhamrah as a leading Bhangra star which was enhanced with him being nominated in the Best Personality category and winning the Best Band award at the 1987/88 UK Asian Pop Awards.

Tours in Canada, America, Holland, Kenya and India propelled Apna Sangeet to international stars and in 1992 Kulwant embarked on his first solo project. The single ‘Overdrive’ produced by Frantic productions, is still considered one of the best Bhangra releases of all time and launch K.S.Bhamrah as an artist in his own right.

This was acknowledged at the 1992 UK Asian Pop Awards where Kulwant picked up the award as the best lyricist highlighting the success with his solo and Apna Sangeet careers. Teaming up with G. Mall, created the MB production team which produced the hit ‘Blaster’ series including hit albums ‘Music Blasters’ & ‘Ragga Blasters’.

In 1996 Apna Sangeet retired, but due to public demand, Bhamrah & Gill got together and formed ‘Apna Group’ which has now been performing for the last 10 years. Kulwant’s continued to work as a solo artist providing vocals, lyrics, music and collaborating with many top artists including Stereo Nation, The Sahotas, Pardesi, Punjabi Hit Squad, Ravi Bal & Punjabi MC.

It was the musical contributions on Punjabi MC’s ‘Mudiyan To Bach Ke’ which gave Kulwant’s biggest musical achievement. His tumbi in the track propelled Bhangra music into the mainstream and has become the most popular piece of music around the world.

Clubs around the world know what to expect every time they hear Bhamrah’s tumbi pumping through the speakers. This lead to ‘Beware Of The Boys’ reaching number 5 in the UK Singles chart and finally making history as the team behind the track appeared on Top Of The Pops in 2002.

2006 sees K.S.Bhamrah teaming up with VIP Records and the launch of his long awaited album ‘The Return’….firmly re-establish K.S.Bhamrah as a major player in the nu skool of Bhangra. 2006…the year for the melodic compositions, the beautiful lyrics, powerful vocals and hypnotic smile of the living legend….K.S.Bhamrah 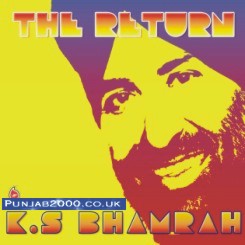 With upcoming projects alongside the likes of Jeeti, Dipps Bhamrah & The Dhol Foundation & a new live band, 2008 will hear the melodic compositions, the beautiful lyrics, powerful vocals and
hypnotic smile of the living legend….K.S.Bhamrah!