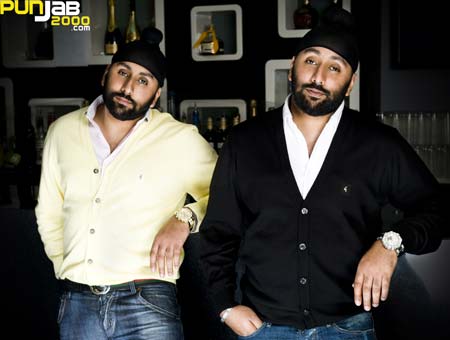 Brit-Asian music producers Kray Twinz  have fast become the talk of the town in Bollywood after the huge success of the track ‘Second Hand Jawani’ which they have produced for the new Saif Ali Khan release, ‘Cocktail’

The song which has been sung by Miss Pooja, Neha Kakkar & Nakkash Aziz features the dynamic production of British-born producers Kray Twinz.

Many British-Asian producers attempt to make their mark in Bollywood, but it’s clear that without even trying Kray Twinz  have firmly claimed their spot as debut hit-makers in the Bollywood music industry. The recent success of the duo mirrors their previous success for the track what we do’ featuring Twista which too became an overnight hit in the mainstream.

Speaking of the success of their song, Kray Twinz  said, “We’re really happy with the response of the track. We’ve never really thought about getting into the Bollywood market, so when Pritam contacted us and told us he liked the record we did called ‘SOME BOY’ featuring Stush we were honoured, he asked if we could create something along the same lines using the catchy hook we had on the original. We had a few days to compose something from start to finish and the end result you can see has been a smash hit. People are loving the track, and that just makes our work feel even more worthwhile. Maybe this is the start of something new for us….who knows!”

‘Cocktail’ starring Saif Ali Khan and Deepika Padukone released on 13th July 2012, and since the release of the film the track ‘Second Hand Jawani’ has been regarded as one of the best songs in the film by many Bollywood fanatics and critics and is being heavily used in all promotions.