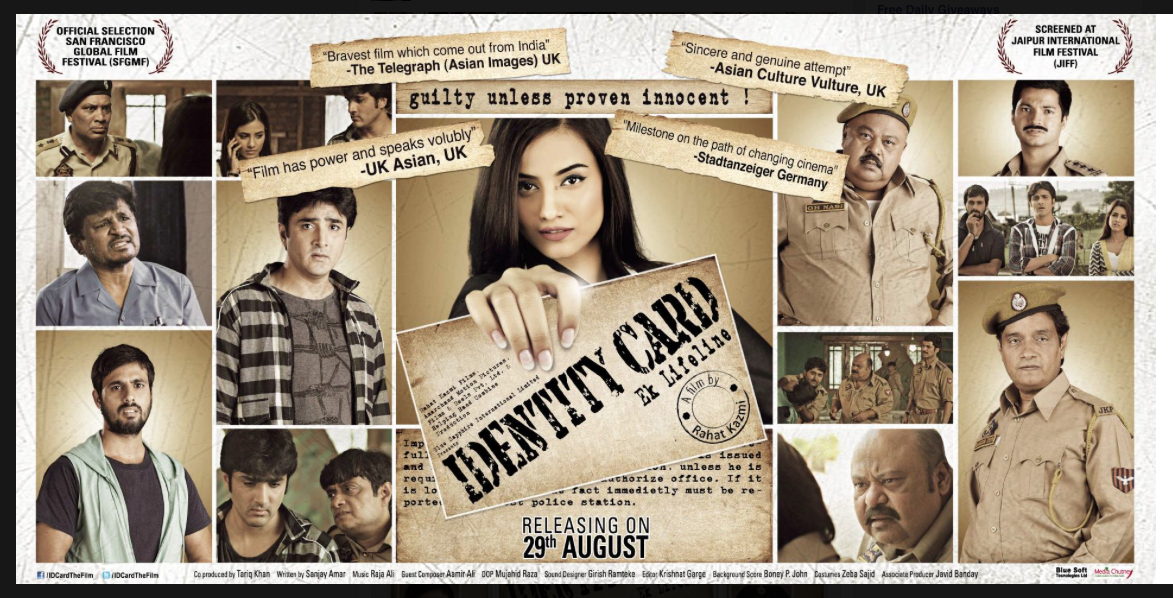 `Identity Card – Ek Lifeline’, a hard-hitting storyline on Kashmir in India, is set to thrill its audience with its worldwide release on 29th August 2014.

Billed as a story of the common man in Kashmir, `Identity Card -Ek Lifeline’ is a Rahat Kazmi directorial film that ensue the story of a Delhi-based journalist Naazia Siddiqui (played by multi-talented actor and singer Tia Bajpai of 1920 Evil Returns fame) who arrives in Kashmir looking to make a documentary and revive her flagging career gets trapped into the turmoil of Kashmir. The film highlights the issue that has plagued both India and Pakistan since partition by capturing the ideological differences of people in the valley and the importance of an ‘Identity Card’ in a warlike situation of Kashmir.

‘Identity Card – Ek Lifeline’ is directed by Rahat Kazmi, a Kashmiri film writer-director who made his directorial debut with `Dekh Bhai Dekh’ starring Gracy Singh. The film is produced by Rahat Kazmi and Sanjay Amar under the banner of RKF & AMP COMBINE in association with Films and Reels Productions PVT Ltd.