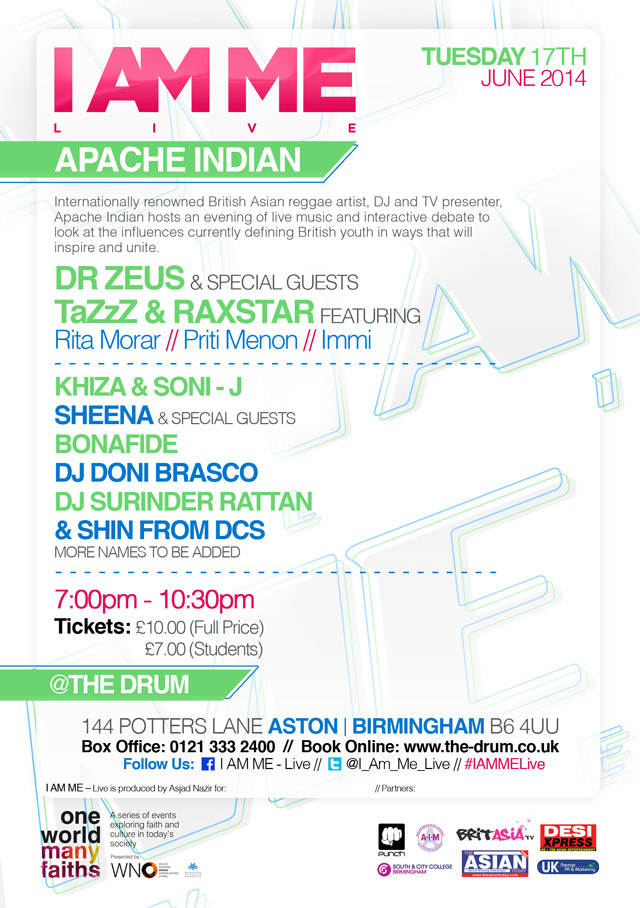 Some of the most talented British Asian music acts are coming together to spread the message of unity at a first-of-it’s-kind live event on Tuesday 17th June at The Drum in Birmingham aimed at inspiring a generation.

Hosted by music icon Apache Indian, the I AM ME – Live event will include a mixture of live performances and debate with high profile guests on the influences currently defining British youth today with important messages about unity and raising aspirations that organisers hope will make a positive difference. ‘Its definitely time for established names in all industries to reach out to the youth to inspire, to offer opportunity and to learn from them. We need more initiatives such as I AM ME – Live in place that compel established names to work with young people at least until the system is back in balance with real life’ said Apache Indian.

The action-packed line up of performers include TaZzZ, Raxstar, Rita Morar, Immi, Priti Menon, Khiza, Soni-J, Bonafide, Sheena, Doni Brasco, Surinder Rattan and Dr Zeus plus special guests. Other performers including Kanika Kapoor are expected to be added to the line-up and big names like Shin from DCS, Team PBN and a host of personalities have already confirmed they will be attending. ‘I have seen music unite people of different faiths, beliefs and backgrounds so I firmly believe that the power of music is immense. I believe the potential that music has to bring people together is underestimated’ said Raxstar. 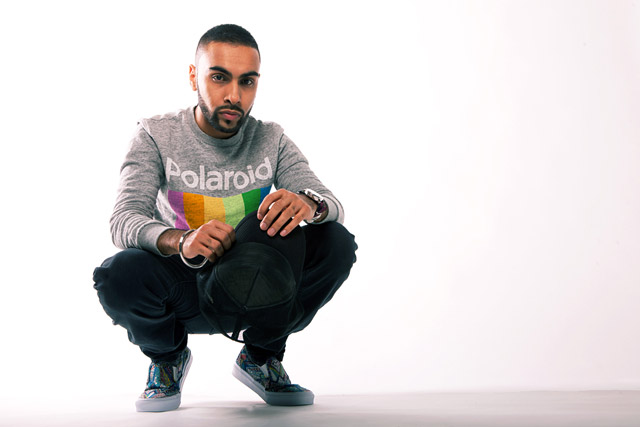 I AM ME – Live is part of the One World Many Faiths event series collaboration between the Welsh National Opera (WNO) and Maimonides Interfaith Foundation, an international charity that connects people through art, culture and education.

Host Apache Indian, who has opened up a music academy in the heart of diverse Birmingham, is hoping the event will lead to more long term initiatives to help young people during a time of high unemployment. 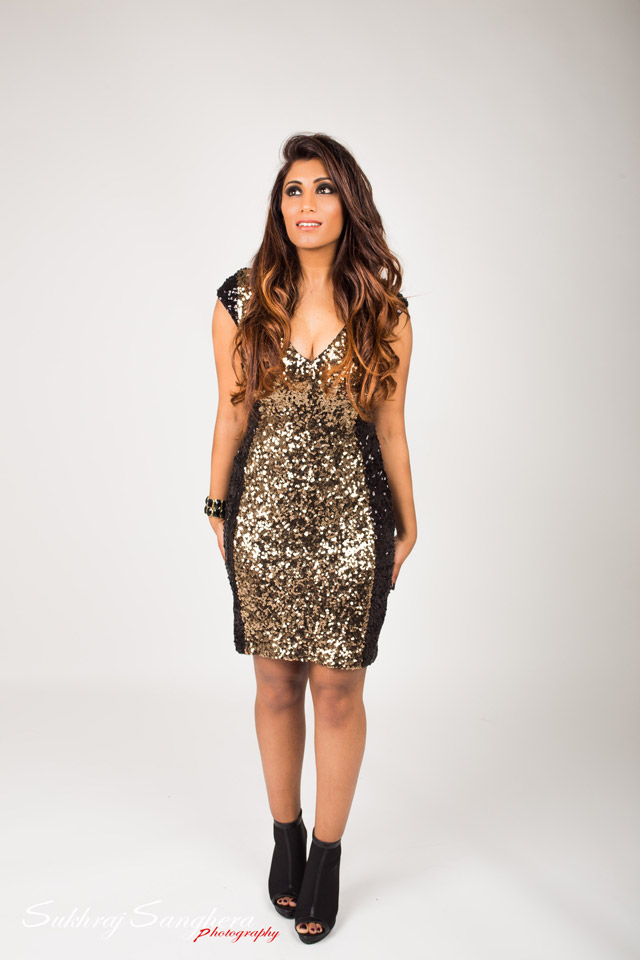 More than a 100 tickets to the event will be given away free to young people in Birmingham through event partners Punch Records and the South and City College Birmingham. In addition, an I AM ME – Live master class hosted in conjunction with Punch Records at Apache Indian’s Music Academy will take place a few weeks before the event. Rapper TaZzZ thinks it’s important to inspire younger generations. ‘Instead of constantly preaching to the younger generation, we need to take out time to listen to them, inspire them, give them some guidance and offer them opportunities. Together we are stronger so need to spread the message of unity. Hopefully I AM ME – Live will make a difference and inspire others to give something back to the next generation’ said TaZzZ. 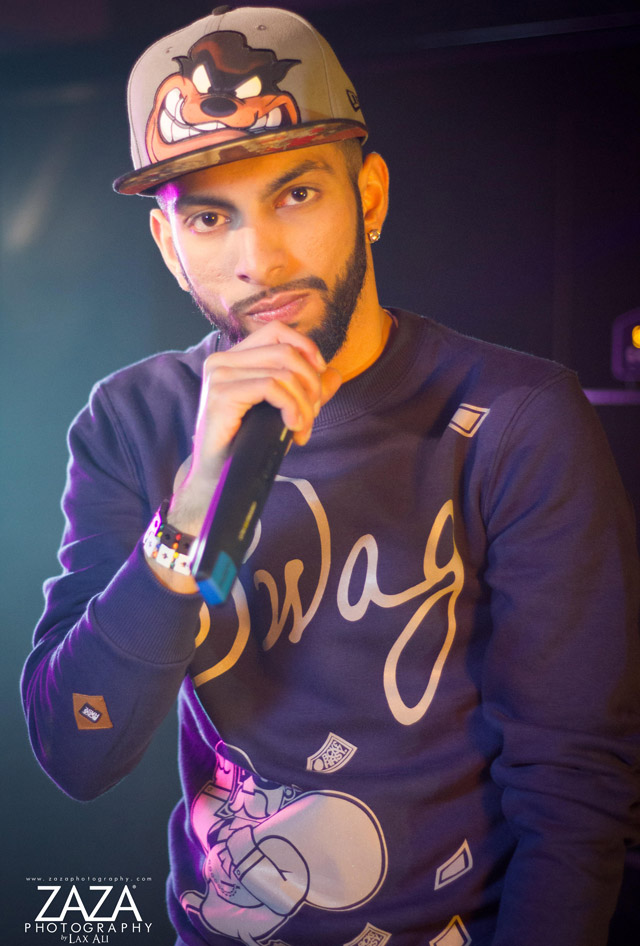