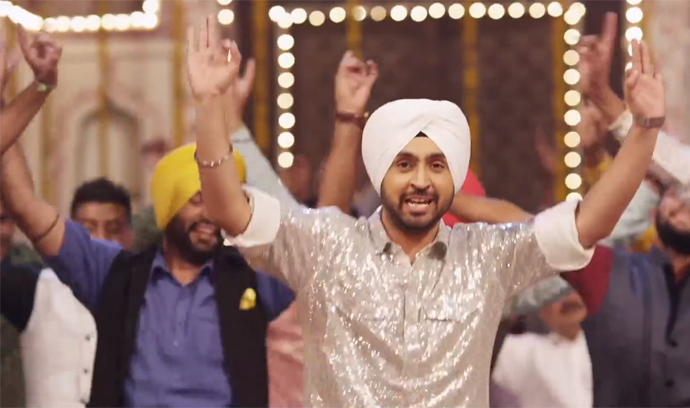 Today we celebrate the 31st birthday of Punjabi music and film star DILJIT DOSANJH. The talented, charming and stylish Singh has had huge amounts of success in the last few years with songs such as Kharku, Proper Patola, Strawberry, Sweetu, Happy Birthday, Beautifull Billo and Radio. Patiala Peg, a massive hit, is still high up in the charts and played continuously at functions.

Diljit Dosanjh was born in Dosanjh Kalan, in Jalandhar District, Punjab on January 6th 1984. He is the son of Sardar Balbir Singh, who worked on the Punjab roadways, Diljit’s mother is a housewife. After spending his early childhood here, he moved to Ludhiana, Punjab, with his family. It was here that Diljit completed his formal education at Sri Guru Harkishan Public School and started to take a serious interest in music, by firstly singing Shabads (religious hymns) at the local Gurdwaras.

The Punjabi star who was always passionate about music had been influenced by Gobinder Singh Allampuri, Prof Kartar Singh, Hari Dutt Sharma(principal of Dosanjh College) and was given his musical break by Rajinder Singh of Finetone. Collaborations later on in Diljit’s career with Yo Yo Honey Singh led to a different style.

Diljit started his professional music career whilst still a teenager, when he released his first mix tape with ‘Ishq Da Uda Ada’ in 2000. His second album ‘Dil’ was released in 2004. ‘Smile’ was the name of Diljit’s third album (2005), with tracks such as Paggan Pochviyan Wale and Nachh Diyan Alran Kuwariyan. It was after this album that Diljit’s popularity soared musically. This was followed in 2006 by ‘Ishq Ho Gaya’ then the album ‘Chocolate’ in 2008. Dosanjh released four singles in 2009, Bhagat Singh, No Tension, Power of Duets and Dance With Me. He also released his sixth album containing nine tracks, called ‘The Next Level’ the song ‘Panga’ being one of the albums most popular hits. In 2010, Diljit released a song ‘Punjabi Munde’ for the movie soundtrack of ‘Mel Karda Rabba’ lip-synced by actor Jimmy Shergill. His fans named him ‘dancing machine’ due to his dancing skills, high energy and exciting stage performances. 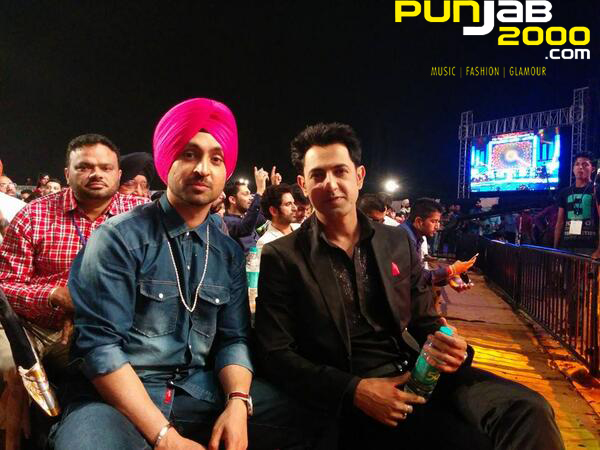 Later on in the same year he collaborated with Punjabi rapper Yo Yo Honey Singh on the single Main, Me and Myself. Diljit Dosanjh made his first appearance as an actor on the big screen, in a cameo role in Mel Karada Rabba(2010). The Lion of Punjab (2011) was Diljit’s first role as a leading actor. Even though the movie didn’t do well either critically or commercially his song ‘Lak 28 Kudi Da’ from the soundtrack was a huge success, even becoming a number one single in the official Asian download charts, on the BBC Asian Network, UK. Dosanjh’s second film in a lead role was Jihne Mere Dil Luteya, also starring Gippy Grewal and Neeru Bajwa, which did well at the box office. Diljit sang six songs on the film’s soundtrack. At the end of 2011, he declared that he wouldn’t release the controversial album ‘Urban Pendu’ due to the bold subject matters, that many of his fans weren’t ready to hear. Diljit apologised to his fans for any hurt feelings and for those waiting to hear the song. He wore the t-shirt with the same album name on the video to his hit single ‘Proper Patola’ as a remembrance to 15 Saal and the album. He released another three singles in 2011. 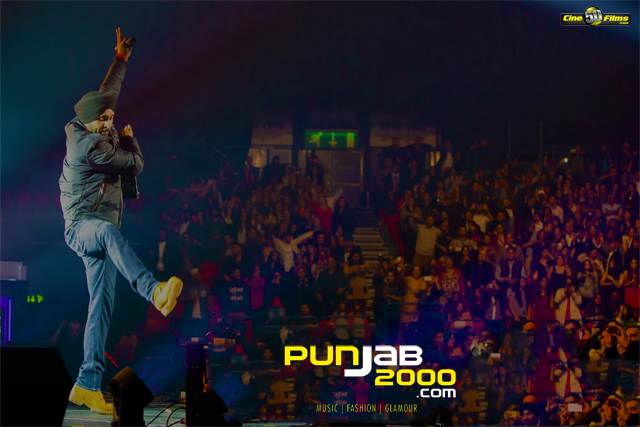 2012 continued to be an extremely successful year for the star, with collaborations with Yo Yo Honey Singh, releasing the single ‘Goliyan’ for the rappers album International Villager.  He then sang ‘Pee PA Pee Pa’ on the Bollywood film soundtrack ‘Tere Naal Love Ho Gaya.’ The next song released was called ‘Bodyguard’ glorifying the fall of Libyan politician Colonel Gadaffi, following this a song called ‘Miss Lonely’. It’s in 2012 that Diljit Dosanjh releases his first religious album ‘SIKH’, featuring eight tracks, talking about the philosophy and principals of Sikhism. 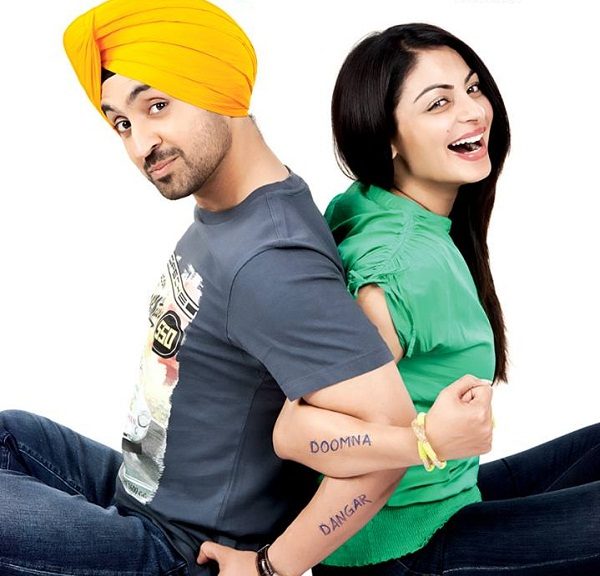 He then starred in the romantic comedy ‘Jat and Juliet’ as the character of Fateh Singh, about a Punjabi villager obsessed with marrying a Canadian girl so he can receive citizenship. The movie was a huge hit, breaking all previous box office records in Punjabi cinema and received awards for best movie and best actor. Diljit also sang five of the songs on the soundtrack. At the end of 2012, Dosanjh released his eighth album, ‘Back 2 Basics’ (Kharku, Strawberry, Radio, Truck, Chunni) with music composed by Tru-Skool, which was a great success. After a couple of more movie appearances and following the massive success of ‘Jat and Juliet’, he starred in the sequel ‘Jat and Juliet 2’ in 2013 with Neeru Bajwa, this time playing a police officer. Again, it beat all previous box office records set by the original film. Dosanjh also released a song ‘Main Tan Aidaan Hi Nachnaa’ on Yamla Pagla Deewana 2 soundtrack. His music video for ‘Proper Potola’ was released on Vivo, making it the first Punjabi song to ever feature on their, receiving over 1 million hits on YouTube in it’s first fortnight. After this Diljit started shooting for his next film ‘Disco Singh’ with Surveen Chawla, another hit film, released in April 2014. 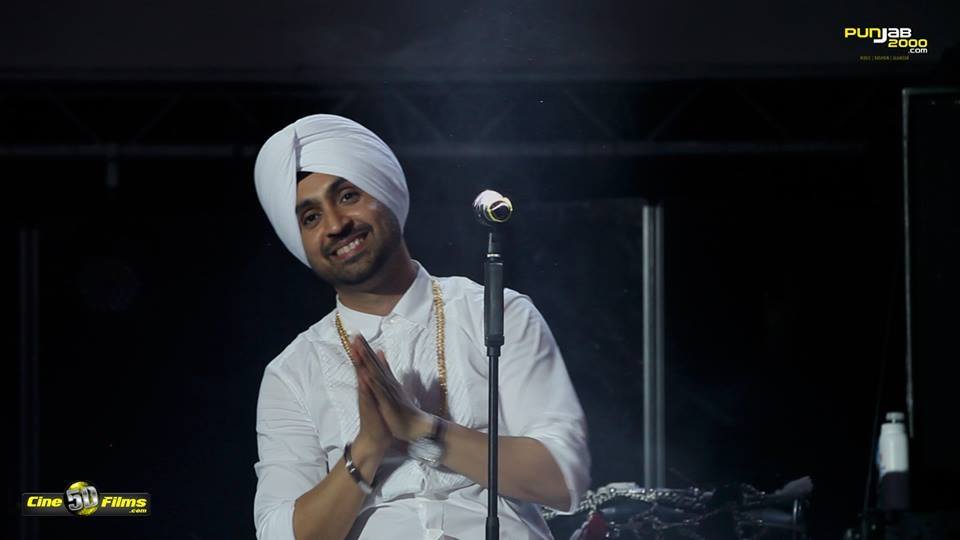 Diljit Dosanjh had huge success with his sell out UK tour in May 2014, growing even more in popularity with his beautiful voice, sensational stage performances and knack of knowing how to charm and interact with his audience. He promised when we met that he would be back in 2016, hopefully for another tour.

His much awaited movie Punjab 1984, released in June 2014, is about a mother searching desperately for her lost son during the atrocious times of the Sikh Genocide in 1984. Although I believe the title name should have been changed, including certain scenes in the movie to represent the truth, there is no doubt that Diljit Dosanjh can do so much more than the comedy roles that we love him for. Diljit played the part of Shivjeet Singh/Shiva giving an emotional and powerful performance. The soundtrack is absolutely stunning with songs such as ‘Swaah Bann Ke’, ‘Channo’, Kismat’ and ‘Rangroot’. 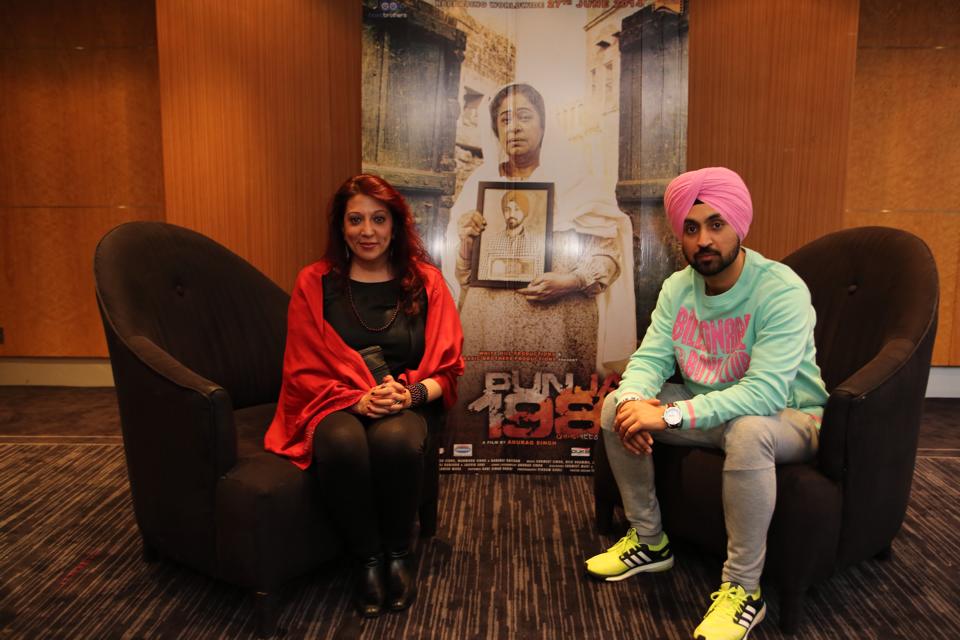 Diljit is currently filming for ‘Sardaar Ji’ in Canada with actress Neeru Bajwa and Jaswinder Bhalla, which will be released later on in 2015. What a fascinating career this young talented man has had so far. From his movies, songs and stage performances, to his stylish varying fashions, his charisma and cheekiness, you never quite know what to expect next with Diljit Dosanjh, which is what continues his appeal and keeps his fans excited. From all at Punjab2000 and your fans worldwide, wishing you a wonderful birthday, continued happiness and success.