Gurdas Maan To Perform in Royal Albert Hall in 2011

If you were to ask anyone about Punjabi music, the first name that is most likely to spring to mind is Gurdas Maan, and with good reason.

He has achieved nothing short of a legendary status ever since he wowed India in 1980 with the song Dil Da Mamla Hai. Since then he's  leapt from strength to strength, consistently pushing the boundaries of traditional Punjabi music, while mixing and creating something entirely new. As of now, he's recorded over 27 albums and written over 200 songs. He's also been most often credited for raising Punjabi music from region-based fame to a music genre which is recognised all across the globe. In 2009, he won "Best International Album" at the UK Asian Music Awards for Boot Polishan.

Gurdas Maan has starred in 30 blockbuster Bollywood films and has received numerous awards, including the Jury’s Award, presented to him by the President of India in 2005. Earlier this year he played a starring role in Sukhmani as well as Chak Jawana, which was released in August. In 2011, he will play starring roles in Yaar Punjabi and Amrit -The Real Power. 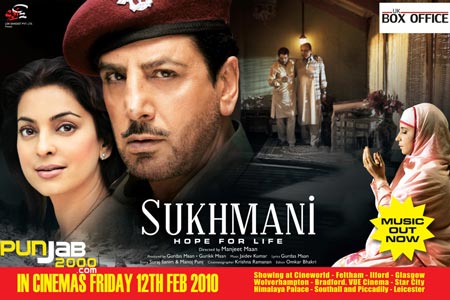 Now he has been awarded an honorary doctorate of Music from the University of Wolverhampton. At the ceremony, he was reported to have said “This is an emotional moment for me. I accept this honour on behalf of the millions of fans and listeners of Punjabi music all over the world. I would like to thank everybody here today and especially the people of Wolverhampton, who have given me so much love and respect over the years.”

As if this latest achievement was not enough, it has recently been announced that Gurdas Mann will be performing at the Royal Albert Hall, making him the first Asian to perform at the venue in nearly 20 years, joining the ranks of talented musicians such as Lata Mangeshkar, Jagjit and Chitra Singh, as well as Nusrat Fateh Ali Khan.

Though Gurdas Maan has performed in Wembley Arena and in the NEC Centre in Birmingham, he will be the first Punjabi out of Punjab to perform there.  In a statement, he said, ‘I am extremely honored that I have been given this opportunity to perform at this beautiful historical landmark and appreciate that I am one of the few artists that have had the privilege to perform at such an extraordinary place.’

Other notable figureheads who have performed in the Royal Albert Hall include Sir Cliff Richard, Pavarotti, Robbie Williams, The Beatles and Frank Sinatra. Her Majesty Queen Elizabeth II, Winston Churchill and Nelson Mandela have all delivered speeches in this historical and internationally recognised venue. Gurdas Maan's performance is scheduled in for 2011. Punjab2000 will have more details as they are released, as well as the latest Gurdas Maan related stories and movie reviews.