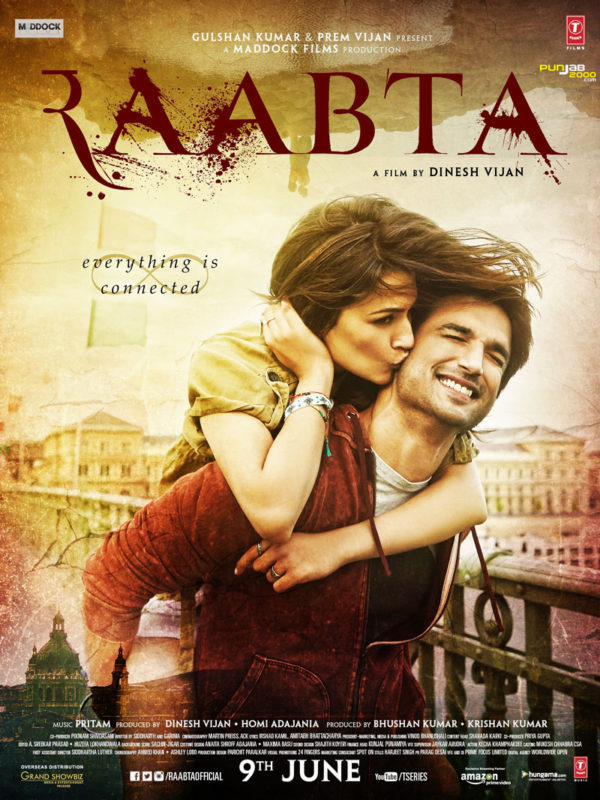 Grand Showbiz Media and Entertainment is proud to announce its forthcoming line up of 2017.
June 9th will see the release of Raabta a film brought from the makers of box office hits Cocktail, Love Aaj Kal and Badlapur.
Raabta stars Sushant Singh Rajput and Kriti Sanon: their sizzling chemistry was touted about at the launch of the trailer which, has garnered over 26 million views within 7 days of its release.
Sushant will be seen taking on a completely different role to his last box office success M.S. Dhoni and Kriti last shared the screen with Shah Rukh Khan in Dilwale.
Raabta a love story of two seemingly ordinary individuals, going about their lives until their paths cross and they realize that they belong to one another. Unaware that their connection was forged several hundred years ago. Raabta releases on 9th June

This is followed by Baadshaho a multi-starrer cast which brings Ajay Devgn and Emraan Hashmi together once again following the success of Once Upon a Time in Mumbai. Illeana D’Cruz will provide the eye candy in this film to be directed by hit film maker Milan Luthria.
Baadshaho is set to release on Bakri Eid in September 2017.