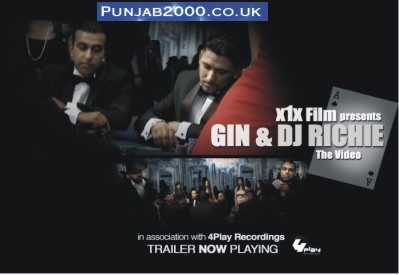 x1x film have returned with yet another groundbreaking music video for Gin & DJ Richie shot entirely at the x1x Animation Studio's the guys have again utilized the greenscreen technology to give the team a totally new look and feel then any video out there at the moment.

This video is set in a James Bond casino style setting with the team going up against all kinds of villians in a major Poker Game.

x1x film have become one of the most talked about video producers in the music industry and have shown that they can deliver some of the best and original videos that have ever been produced and seen. x1x film have grown from strength to strength and we will look forward to see what these young guns do next.

The video is due for release on all major asian music channels soon, which will be shortly followed by
the album's release. To keep updated, watch this space for more info…..