A Tribute Concert by Arjun & Friends presented by Dil Mil 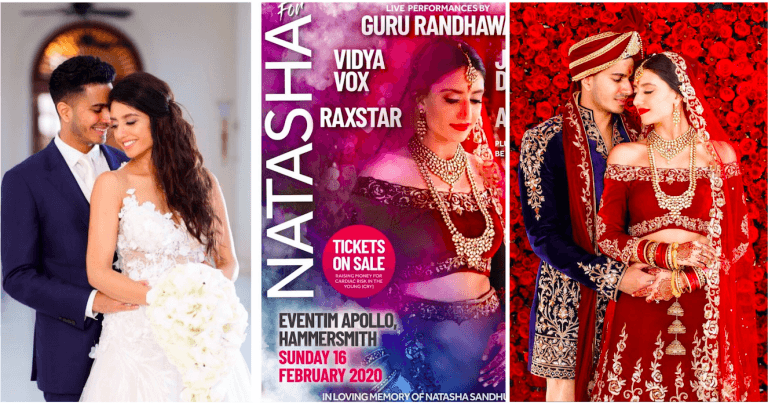 A true representation of love and asian music coming together to celebrate the life of someone wonderful that has been lost far too early.

(Sunday 16th) Arjun and his wider team had worked incredibly hard, and flawlessly organised a spectacular event as a tribute to his late wife Natasha. She passed away on 20th September 2018, just three days before Arjun’s 28th birthday.

The event #ForNatasha was headlined by Arjun and Guru Randhawa. 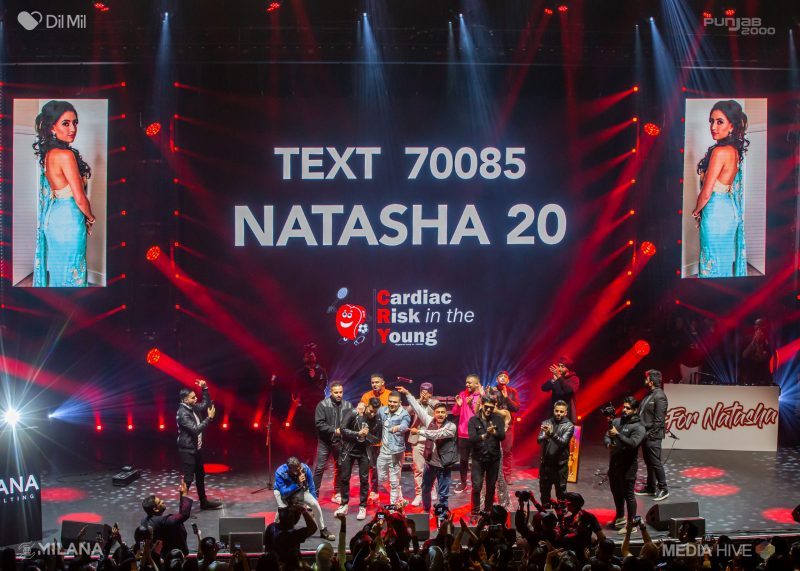 Stars flew to London from all over the world, including India, North America and parts of Europe. Mickey Singh, North American Punjabi singer performed some hits including PTOLA, Yarri Yeah. London based singer Juggy D performed Dance With You and Vidya Vox performed a cover of Clean Bandit – Lean On.

The atmosphere on was incredible, full of positivity and love in the room. There were much less fan girls/boys of the artists, but more friends and family looking to support Arjun. The room was filled with British Asian greats such as Tommy Sandhu, Raj Ghai, Planet Parle, Humza Productions. It was almost like a game of “spot the asian celeb”. It was truly heartwarming to see countless individuals come together as well as companies to support Arjun, for Natasha.

Mickey Singh performed on the night, singing his hits including a surprise performance of Ptola his new single. Released on 18th February. Danced his way through the stage, showing off his moves. Strong vocals, and even jumped into the pit! Exciting fans, the Apollo went wild for Mickey. Fans screamed to the top of their voices as Mickey treated the front row with his presence.

Arjun’s dear friend Mickey, has helped him through this hard time, goes on to say “Arjun flew to America after it happened”. Spent a week together and took some time away from the UK to compose what has just happened. This clearly showed the two clearly have a great friendship and support each other greatly. Very admiring to see (for fans).

Juggy D blew up the stage with his incredible dance moves, with his classic performance of ‘Dance With You’. Sadly Jay Sean or Rishi Rich weren’t there, but we can truly say Juggy held his own, even bringing on dhol players at one point.

Vidya Vox made her debut in the UK, Arjun kindly introduced the Youtube star who has racked up over 700 million views. She performed a slightly weak vocal to start with, but as she started singing covers her confidence grew. Vidya was accompanied by two talented backing dancers. Performed covers of some pop hits, similar to her youtube channel. We would say, her vocals needed some work, but this may have been due to nerves, but she still put on a quality set and held her own.

Before Arjun approached the stage, dear friend Nihal (BBC 5 Live) introduced the singer. Then a lovely message came on the speakers, Arjun stating his pain and sharing his emotions about Natasha. Talking about their incredible but short life together as a married couple.

Then the main man Arjun – appeared on stage 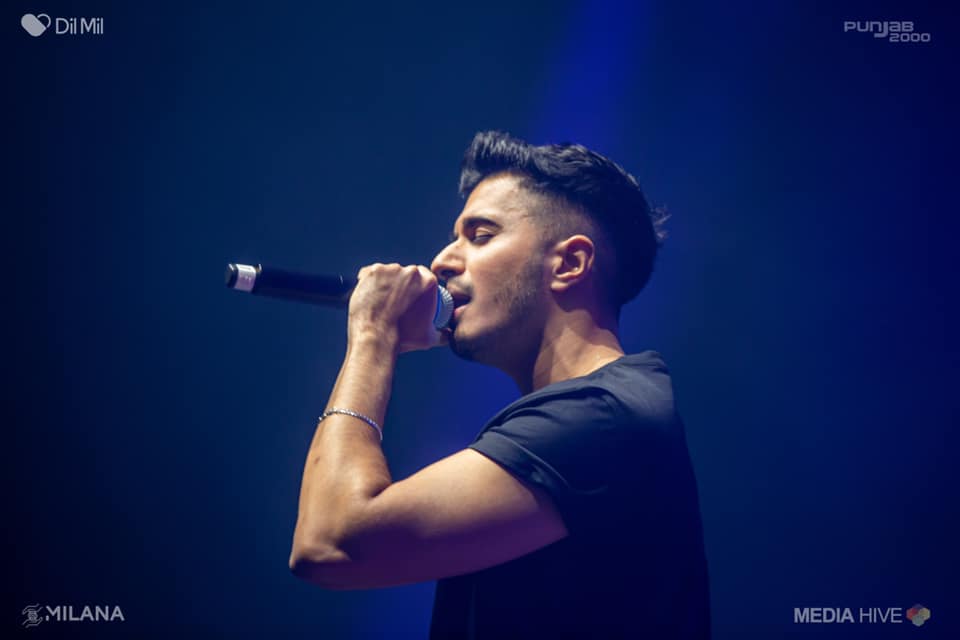 Arjun gave a very brave but professional performance, there was soo much passion in his vocals. More than we have ever seen, this has got to be the best performance yet. He has bounced back with a bang, not shying away from the stage or even a glimpse of nerves. 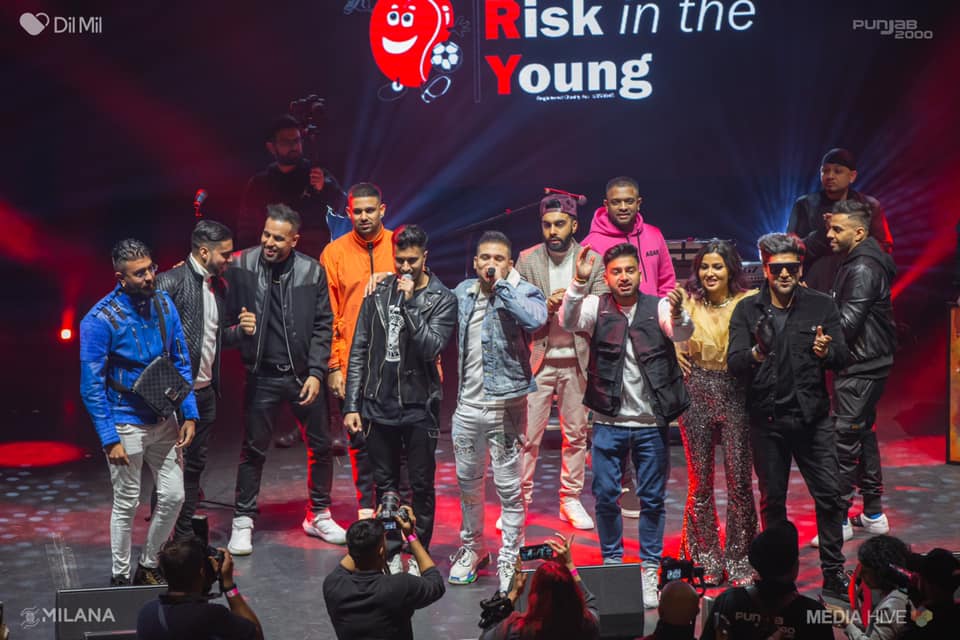 At the end all the artists came on stage at the end of Guru’s set to say a few words and have one last party together at Hammersmith Apollo.

The beauty of the Asian artists is that each of them collaborate and work immensely hard to increase each others profile. It is not just a competition to get a number 1 song. This community is all about lifting each other higher and higher and sharing fans rather than pitting them against each other. As a fan, you get 2-4-1 with almost every song. 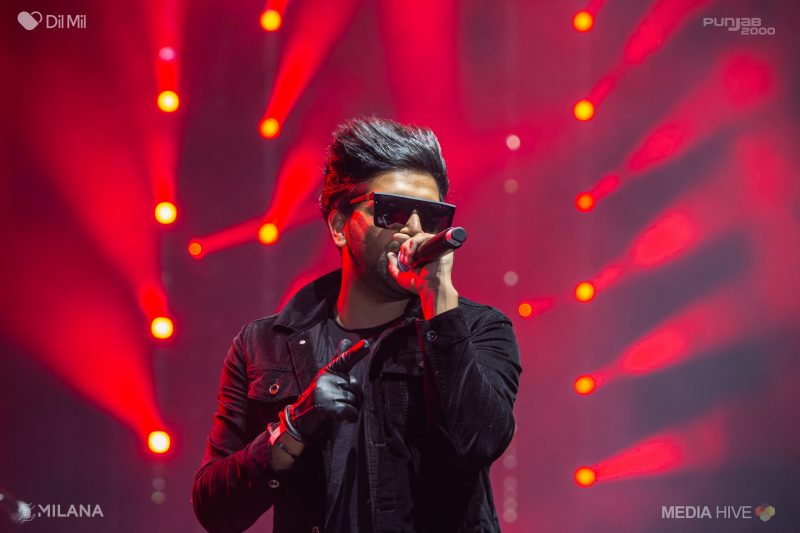 Guru Randhawa definitely received the loudest screams. Indian star has been teasing some new material with Jay Sean int he last few weeks. On the night, Guru performed his major song Suit Suit with a guest appearance from Arjun. His set was eclectic, full of passion and quality vocals. Not sure if Guru can dance very well, but he sure can sing!

His latest single Surma Surma featuring Jay Sean released on 18th Feb, and has now become the “Most viewed video worldwide in the past 24 hours”.

Incredible but heartbreaking news about Natasha Sandhu who passed away from sudden cardiac arrest. Natasha was a qualified doctor who graduated from Imperial College London. She did not drink, did not smoke and was healthy. But the day before the couple were due to fly out to Iceland, Arjun had to complete CPR after Natasha had trouble breathing at home whilst packing her suitcases. Unfortunately after medics arrived at their home, she was pronounced dead shortly after.

16th Feb 20′ marked the 2nd wedding anniversary for the singer. As a tribute the concert #ForNatasha was organised and the British Asian Community came together to help the young singer and support him through what we couldn’t even imagine is a tough time.

The event was in aid of charity C.R.Y. Cardiac In The Young. Who work with young people and support them to complete screenings for potentially life-threatening cardiac conditions. Offering bereavement support to families affected by YSCD. Check out the website here and please support this cause.