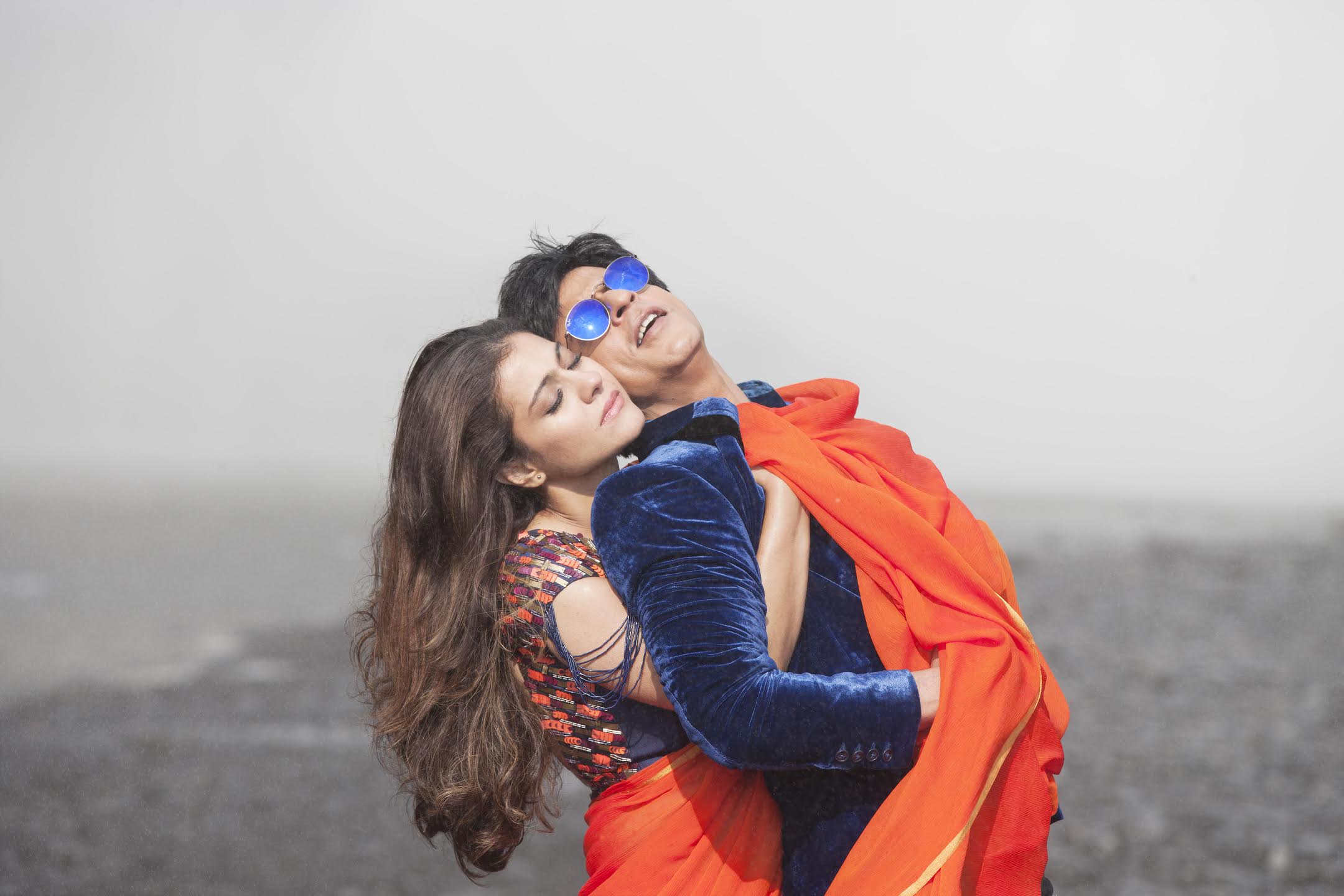 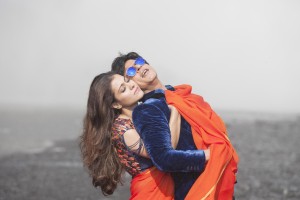 Red Chillies Entertainments Pvt Ltd and Rohit Shetty Productions presented the love anthem of the year ‘Gerua’ from their upcoming film Dilwale at a gala event at Maratha Mandir in Mumbai. Kajol and Shah Rukh Khan were present at the do along with Varun Dhawan and Kriti Sanon. ‘Gerua’ is featured on the iconic couple of Kajol-SRK in the film and has been sung by Arijit Singh and Antara Mitra. The lyrics have been penned by Amitabh Bhattacharya.

The evening began with Varun and Kriti performing to Gerua trying to reprise the legendary romantic pose of Kajol-SRK. Then they invited the evergreen on-screen couple on stage to teach the exact steps and the song was released to the audience comprising of media and fans.

Rohit Shetty said, “When you shoot with a couple who has been synonymous with romance on the big screen of our times, a director has an added responsibility of enhancing the grandeur that they carry. Iceland was the perfect location for Gerua, where every locale is untouched and does justice to not only the song but SRK and Kajol as well. Pritam has given a melody, which will be hummed by every age, and Arijit and Antara have sung the song with perfection. Gerua will take romance to another level.” 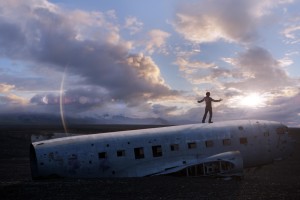 years, Rohit felt that we should try and make Gerua stand out better than all the other songs we have done earlier. We have done many beautiful songs and are really fortunate to have done those. But Rohit was very clear and precise about how he would like to shoot this one. He paid attention to every detail starting from choice of location, costumes and every other technicality because it was essential to him.”

Speaking on how different ‘Gerua’ would be from their earlier tracks, he further added, “It’s all about the old world charm of Kajol and I but presented in a manner that is very much like Rohit Shetty. Shooting for the song was extremely difficult. It was cold and we could barely walk but Rohit made everything easy. He has made so many efforts, which would possibly never be known except, in the making video. When you have such a director who is always eager to help, the actors feel much at ease and eventually the song also turns out fabulous.”

Kajol said, “We shot the song in a start to finish schedule of 7 days. We worked really hard and it was severe cold but had a great time in all, as the song itself is so good that we enjoyed performing. I am sure the audiences will also find it magical once they see it on-screen”. 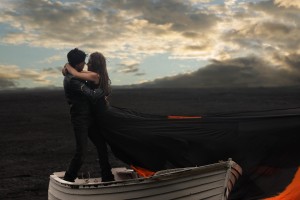 Pritam said, “This film has been extremely special for me as it is the first time I have composed for SRK. I have always mentioned to him how I really wanted to work with him before I retire. I feel happy and fortunate to have been given this opportunity to create a romantic song for SRK and Kajol, the greatest on-screen couple of our era. It was a big challenge and responsibility and I hope Gerua lives up to it.”

Venky Mysore, CEO, RCE said, “It is our privilege to present the world with the first song of Dilwale and what better can it be than a love song. SRK and Kajol have been lighting up the big screen for years and each time we get mesmerized with their presence. Gerua is a song for every age with Pritam’s classic melody and Arijit’s poignant voice.”

Shridhar Subramaniam, President, Sony Music India and Middle East said ”Gerua is the epitome of romance with the lyrics adding to the charm of the song that will get every person want to embrace his/her loved one. Shah Rukh and Kajol look stunning and this is just a glimpse of what the music of this romantic magnum opus sounds like. Every week will be a musical revelation that will have fans wanting for more.”

Dilwale is a family entertainer with a perfect blend of action, romance and comedy. The film is produced by Red Chillies Entertainments in association with Rohit Shetty Productions and the music is composed by Pritam. It will release on 18th December 2015.

Red Chillies Entertainments Pvt Ltd (RCE) headed by Shah Rukh Khan and Gauri Khan is a company that is surging ahead in the global entertainment industry. Founded in 2002 as a film production house, RCE has branched itself into other spheres of production, starting from setting up a path breaking Special Effects studio, VFX, which brought Hollywood’s slick sophistication to Indian cinema.

Its latest venture Dilwale is a film directed by Rohit Shetty. For over a decade, Red Chillies Entertainments has witnessed success in several genres, from huge blockbusters like ‘Happy New Year’ ‘Chennai Express’, ‘Ra.One’, ‘My Name is Khan’, ‘Om Shanti Om’, ‘Main Hoon Na’, ‘Chalte Chalte’, ‘Asoka’ and ‘Phir Bhi Dil Hai Hindustani’ to critically acclaimed films like ‘Billu’. In 2005 ‘Paheli’ was India’s official entry to the Oscars. Since its inception, the movies produced by Red Chillies have also won several popular and critical awards.

‘Dilwale’ releases in cinemas on 18th December 2015. The film is produced by Red Chillies Entertainments Pvt. Ltd. and distributed in U.K. by UTV Motion Pictures. Music is on Sony Music.