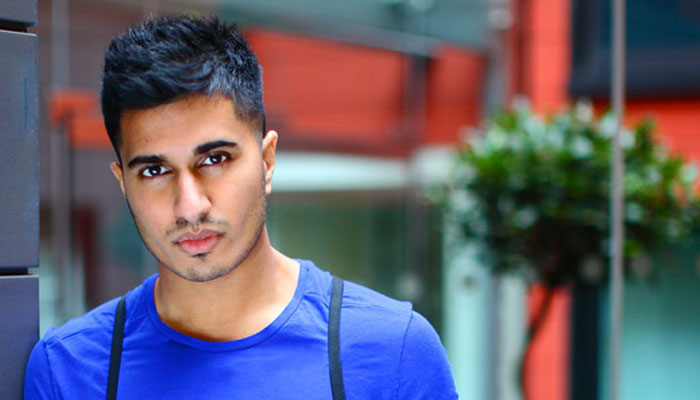 Fellow P2K razzis after countless, emails phonecalls, snapchats, whatsapp’s etc etc, I finally managed to grab hold of the very elusive (Mega busy) Singing sensation Arjun (Even if it was while he was waiting to board his flight to Paris)! 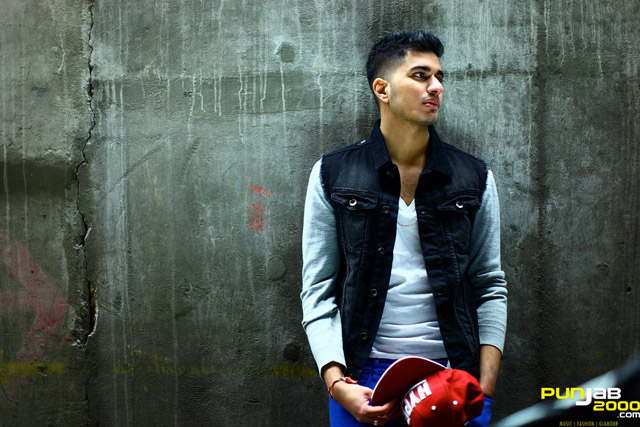 JOSEPHINE: Congratulations Arjun! You’ve just been signed by India’s leading music company and record label “T-Series” ! How does it feel to be signed by a well known company and having both your Hindi Remix Album and R&B/Pop album released by them?

ARJUN: It feels amazing! To have my music recognised by the biggest music company in India is very satisfying. Till now it’s been just myself, my team and the fans pushing my music but to have a marketing powerhouse like T-Series behind me is a massive boost.

JOSEPHINE: Has Bollywood always been an inspiration? In what ways has Bollywood inspired you and your music? Where else do you draw inspiration from?

ARJUN: My biggest inspiration has always been R&B but Bollywood in the last few years has also become a big source of inspiration for me. I think the standard of music production and composition in India is outstanding and I still have a lot to learn!

JOSEPHINE: You’re a fan of A. R. Rahman who’s known for his composition in “Slum dog Millionaire” s song  “Jai Ho,” what role has A.R. Rahman played for you as an artist who looks up to him?

ARJUN: I think he was one of the first to bring western sounds into Bollywood and South Indian music, and the fact that he is equally amazing at composing music for Bollywood and Hollywood films makes him stand out from all other Indian music directors. 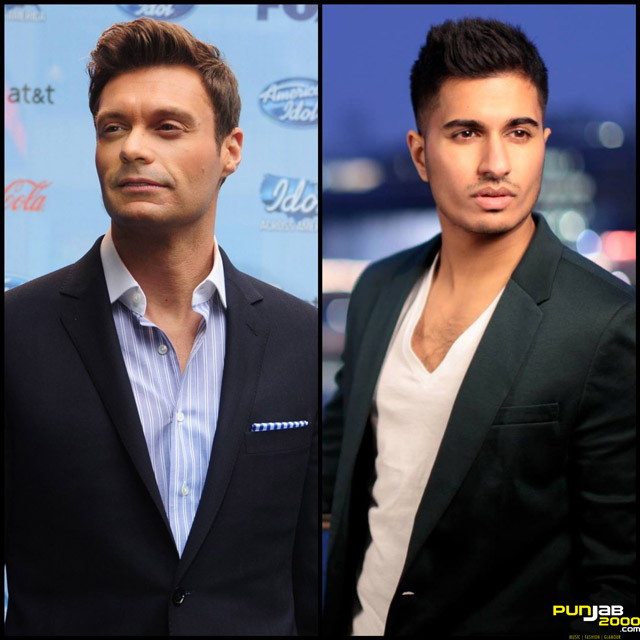 JOSEPHINE: Your music has gotten the likes of audiences worldwide, including America’s TV & Radio personality Ryan Seacrest! Ryan had picked your cover of Drake’s “Hold On We’re Going Home” in a contest to crown the best rendition of the tender love ballad. How does it feel to know that your music is being noticed and heard by big name personalities such as Ryan?

ARJUN: Again it’s a great feeling. We were up against stiff competition and managed to come second in that particular contest. It’s always good to know that people outside the Asian community respect and appreciate my music. My aim is to eventually produce music that appeals to a global audience.

JOSEPHINE: Why did you decide to remix “Hold On We’re Going Home” and “Tujhe Dekha Toh” together?

ARJUN: It just came to me! Tujhe Dekha To is one of my favourite old Bollywood songs and I have been waiting to incorporate it into a composition of mine. I was playing the chords for Drake on the piano and the melody just came into my head.

JOSEPHINE: Is it difficult trying to cater to your Indian fans, and your fans from around the world with your music?

ARJUN: Not really. I think the music I make comes naturally to me as it is blend of my heritage and my surroundings. Coming from an eastern background but growing up in the UK it seemed natural to create a sound that is a fusion of both cultures

JOSEPHINE: How hard is it trying to find the right balance of Bollywood and Hollywood songs when making remixes such as “Chaiyya Chaiyya/SuperBass” and “Tum Hi Ho/You Got It Bad” ? How do you keep the songs from over powering each other?

ARJUN: I am always to trying to do something new and create unusual fusions. I usually look for some synergy between the two songs – like a melody, theme or chord progression that links them. But sometimes it’s just about experimentation and trial & error. 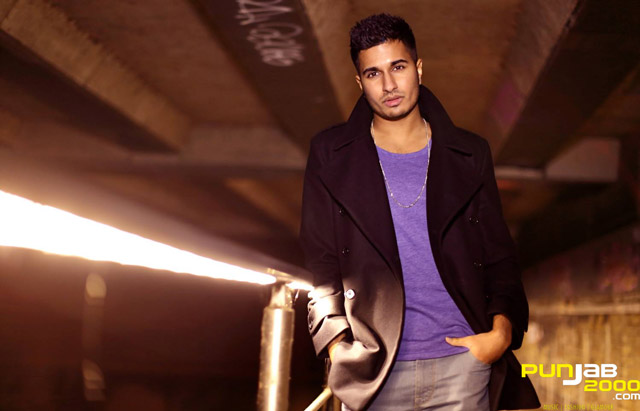 ( Can you spot Punjab2000 Interviewing Arjun in the next video? )

JOSEPHINE: Currently, “Why This Kolaveri Di” is the most viewed song on your Youtube channel. When you first posted up the video, were you expecting it to get as many views as you have?

ARJUN: Haha not at all! It was a total experiment and I was not prepared for the amazing reaction it had. It was a very spontaneous decision to remix the song and the whole thing was done in about a day! Sometimes the most unlikely things bring the best results, and that song really sparked my career in a big way. It now has nearly 10 million views.

JOSEPHINE: Why “Kolaveri Di” ? Why did you choose and decide to cover the song? What about the song stood out to you or caught your attention?

ARJUN: It was the infectious melody and the unusual South Indian groove that caught my attention. I found the lyrics hilarious but effective, and it was in fact pretty easy to re-shape the song into an R&B track. 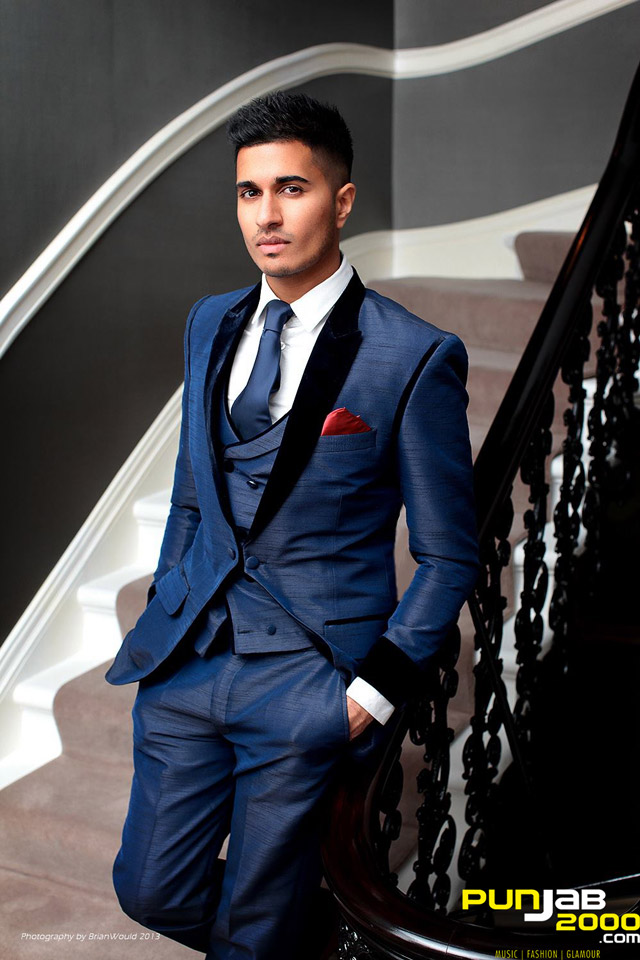 JOSEPHINE: Will it always be the Indian culture in general showcased and remixed in your songs? Or, will you also in the future be remixing with other cultures songs too? – Is this something you’ve thought of, or plan on doing sometime in the future?

ARJUN: At the moment I am focusing mostly on Asian languages like Hindi, Tamil, Punjabi etc but I actually also speak French and Spanish, so would be great to incorporate that into my music too.

JOSEPHINE: Is there anything else you’d like to see yourself do in maybe after a few short years apart from music?

ARJUN: I think singing will be focus for the next few years and then I will switch more to music production and composition. My aim is to have my own multi-faceted company which serves multiple artistic functions – from music producing and sound engineering to graphic design and video production 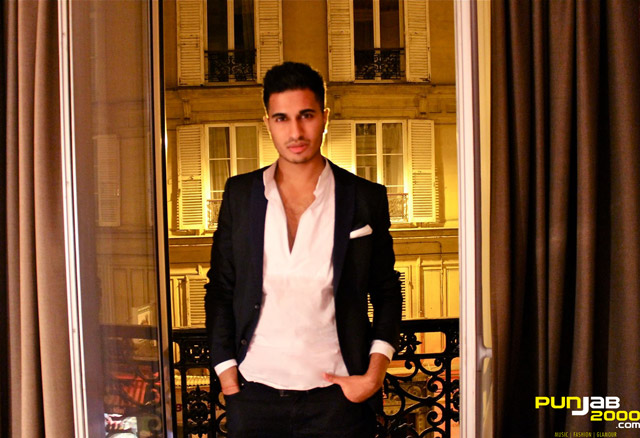 JOSEPHINE: Is there anything happening in the world today that you would like to help/change or bring awareness to?

ARJUN: Having spent more time in Asia recently I have been exposed to a lot of disturbing issues such as rape, female infanticide and enforced marriage. Racism is another issue I feel strongly about and I hope that through my music (which is a fusion of East and West) I can help to break down stereotypes and promote cultural unity.

JOSEPHINE: Last but not least, the most important question on all *Drum Roll Please* … Who is you favorite Superhero?

ARJUN: Haha I would have to say Batman because although he is a little bit creepy and sinister, he has the most interesting story and is not a typical cheesy superhero. My favourite cartoon characters are the Teenage Mutant Ninja Turtles though… Can’t wait for their new movie coming out this year!

JOSEPHINE: Perfect answer Arjun! We here at Punjab2000 love Batman and are looking forward to the TMNT movie as well! Thank you so much for taking out the time to interview with me and Punjab2000 Arjun!