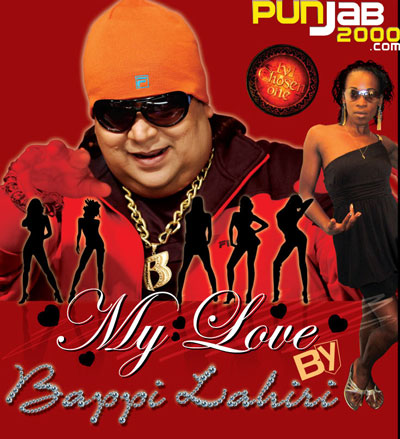 Ok, so not to sure on where to start on this…

I got a e-mail last week asking if we (Punjab2000.com) would like to do a interview with Bollywood music director Mr Dada AKA Bappi Lahiri, about his 50th, yep 50th non film album entitled “My Love”.

So after trying to pass over the interview to someone to do (Baja & Meena) & having no luck I had to actually do the interview myself.

I mean I’m suppose to be the face of P2K, meaning everyone else does the work,  I just take all the credit for it

So nearly 3 years since my last interview which was with Baywatch babe Tania Zaetta, check out the exclusive interview with Bappi Lahiri on his album “My Love

You have a new album out called My Love; tell us a little about it? Well the album is called “My Love” As you know, it’s a very melodious album, & it’s the first R & B Album to be launched in India. After Disco / Pop which I introduced to India, I am now introducing R & B (Rhythm & Blues) music to India.

How did the collaboration with Jetta come along?

Well I as looking for a RnB/rapper for this project, & wanted to shoot the video in New York city, so while I was there, Mr. Arun Kumar who is the director of the video introduced me to Jetta. We sat down & talked about the project & she was happy to work with me.

How long did it take from concept to creating the album, to a final physical product?
The album took nearly 4 months to complete from start to finish, & then a couple more months after to release in the shops

There are 2 video’s made for this album so far, will there be any more?

They are  2 video’s are for the tracks “My Love” feat Jetta & Pyar To Hona Tha, Pyar Hogia Hai” has a Australian model who’s name was Surjee (not to show on the spelling) From there we will see how it goes in terms of more video’s

You play Tabla, but what other instruments do you play?

I’ve being playing the Tabla since I was a little child; I also play the Piano & Keyboards

Over your career you’ve worked with my artiste inc the likes of Runa Laila, Salma Agha, Anil Kapoor, Sharon Prabhakar etc, is there 1 artiste  that stands out more then rest.

With Runa Laila,  I recorded at Abbey Road studios in London back in 1981, and was released the following year on EMI (HMV). With this album Runa & I became the first Asian’s to recorded at the Abbey Road Studios, which it in it self was a major achievement back then. The Album “Superuna” became a massive hit & had several hit singles released from it inc, “Disco Premee”, “Suno Suno”, “De De Pyar De”

You have released 50 albums since you first started in 1972, how does that feel?

It feels GOOD, that I can continue to do what I love doing. Not only have I made 50 Non film albums, but I have done music for 450 films Inc Disco Dancer, Wanted, Dance Dance, Namak Halaal, Sharabee & more recently Chandni Chowk To China. I also have a song on the “You Don’t Mess with the Zohan” soundtrack as well.

You are known as the Disco King, but have created some great music scores for films like Salma which is a period film,& others that had no element of pop / disco in them, but no one seems to talk about these projects, why do you think that is?

Well I guess it’s just that people are used to me as a Disco / Pop producer. As you meantioned Salma was a Period film, and has some very good Ghazals & Qawwalies in there .If you look at the songs from films like Sharabee, they are non pop.

You’ve also collaborated with UK based producer Panjabi MC on his cover of your track “I Am A Disco Dancer”, how did that come around?  Are you a fan of UK Bhangra Music?

Well Panjabi MC, came to see me a few years back in Mumbai & discussed the project with me. I liked what he had to say, and also I was a fan of his music as well, He’s made a good name here in India. So we got together & I have done 3 songs for him inc “Disco Dancer”. But Yes I love Punjabi Music & Punjabi food. I have also done a Punjabi song “Tutak Tutak – I Love You” in the movie “Ghar Ka Chirag”

Is there any work from music scores you’ve done that afterwards you were not to happy about & wish you could have changed it?

Not really, I always give my 100% to all my projects & I don’t hand them over until I am completely satisfied..

In the past you have based some of your film scores on foreign music, like “Jimmy Jimmy” from “Disco Dancer”, ”Zubey Zubey” from “Dance Dance”, “Jeena Bhi Kya Hai Jeena” from “Kasam Paida Karnewala Ke” but when DJ Quik & Truth Hurts use a sample of your work from the Jyoti soundtrack, you were not very happy about it. Can you tell us what happen with the court case in the end?

Well “Jimmy Jimmy” is totally original Zubey Zubey is actually a old song, & as for “Jeena Bhi Kya Hai Jeena” I just used the beat from Micheal Jacksons “Billy Jean” (He then goes on to sing part of the song” As for the “So Addictive” In the end I got credited for my work on the track, by Dr. Dre’s Aftermath Records label. “Thoda Resham Lagta Hai” was a very big song when it first came out.

Has there ever been anyone you who wished you had worked with but never got to, for whatever reasons?

Well I have worked with everyone in the Indian / Hindi industry, but I am looking at more international projects. I am working with Jermaine Jackson from the Jackson 5 at the moment, & I would really like to work with Janet Jackson at some point.

At this point Bappi Lahri is getting called away, so we had to end the interview. 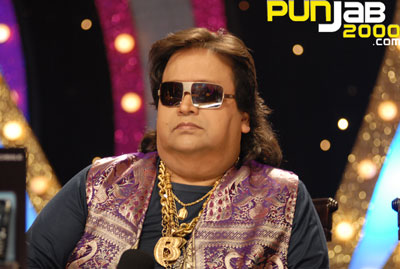