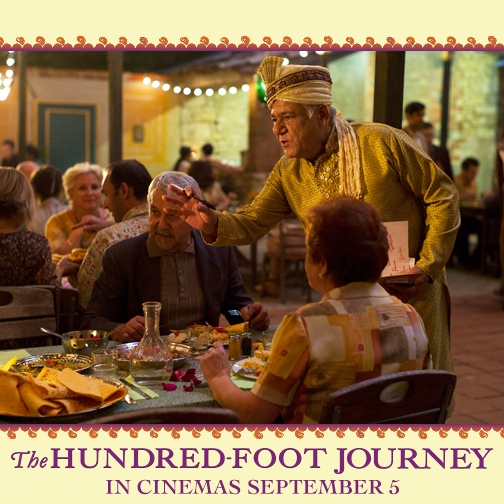 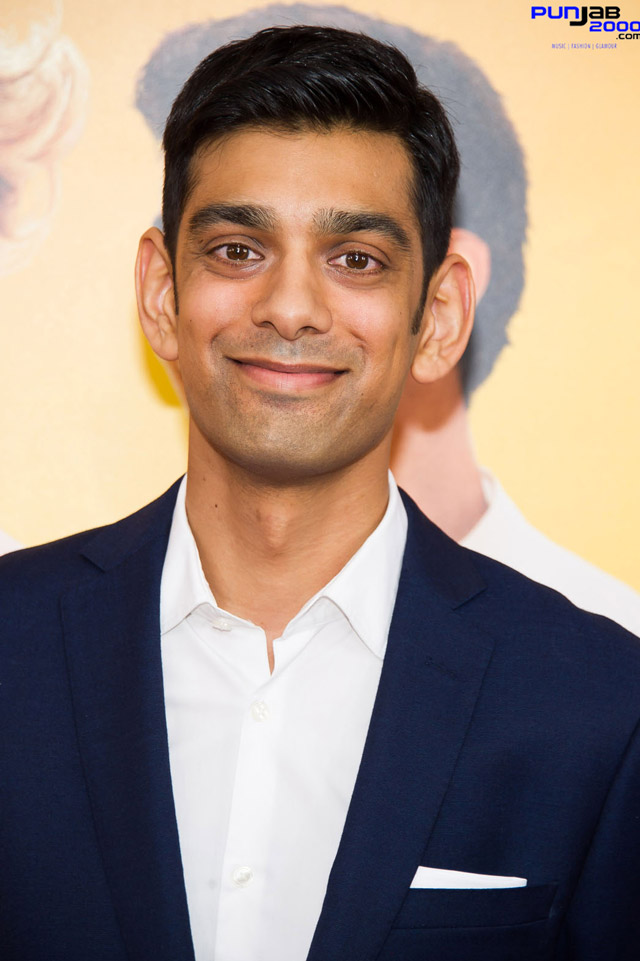 Amrit from Punjab2000,  speaks with Amit Shah who plays Mansur in his new film The Hundred-Foot Journey  which releases  in the UK on 5th September 2014

The 33-year-old actor from London graduated from Staffordshire University in Drama and went on to study at LAMDA in West London. From theatre plays such as the hit Bombay Dreams composed by AR Rahman, The Royal Hunt of the Sun and The Alchemist to name a few, Shah hits the big screens in the film industry working alongside award-winning British-Iranian comedian Omid Djalili in The Infidel and the most recent The Hundred-Foot Journey, co-produced by Oprah Winfrey and Steven Spielberg.

The film is a screen adaptation of the Richard C. Morais novel beautifully capturing the journey of the Kadam family on an adventure to home their aspirations of a family-run restaurant after fleeing Mumbai. First settling in London and departing for Europe, a mechanical fault on Papa (Om Puri)’s vehicle results in the family residing in a nearby French village. Upon their stay, Papa’s discovery of the wonderful French food culture and an abandoned building a one hundred-foot journey from a Michelin star restaurant, their story begins.

Winfrey stated after titling the book her favourite summer read in 2010, “It’s about human beings coming to understand other human beings and more importantly, after you get to experience or step into somebody else’s shoes or see them for a real human being, how you understand that you’re really more alike than you are different”.

Shah reveals more in an exclusive interview with Amrit about his character of Mansur in the film and his experience working with stars of the industry. Read below for the full interview…

1. Congratulations on the release of The Hundred-Foot Journey. Can you tell us more about your role and the character you play as we see you only very briefly in the trailer in comparison to the other characters.

That’s right, there’s only so much that can be added to a two-minute trailer though I say one of the most crucial lines in the film, being “one hundred feet across the street the restaurant has a Michelin star”. Mansur as the older son acts as the responsible, straight-faced character who wants to protect and look after his family.

I auditioned for the part. My agent called me up and said there’s a big film project that he had lied up for me. At the time I wasn’t made aware it was a Spielberg production which I think is a good thing. When meeting the casting director you need to put your focus and attention on the story and the character. They want to see how you behave and respond on set.  I was filmed and the tape was sent over to Spielberg and his team. I think an important thing for them was to get the chemistry of the family right so they needed to get an older brother who is possibly awkward. And I have very similar ears to Om Puri  *laughs* so I think that might’ve helped project my role as his son in the film.

3. What was it like working with the legend that is Om Puri who’s been in both Bollywood and mainstream films, most famously East is East?

Well there’s a bit of a long story here but I’ll tell you. So when I was 18 and at uni, I wasn’t completely sure about going into acting properly. Then East is East came out and absolutely changed my whole world. It was such a huge film in the UK and I remember thinking this actor can make you laugh and cry within the same time. He has the full talent and ability of expressing this emotion very subtly. So I really aspired to him and followed in his footsteps and got to play his son in The Hundred-Foot Journey. And what is even weirder is I’m also now in East is East the play which is obviously associated with Om Puri. So I play Om’s son in the film and the writer of the play, Ayub Khan Din, also plays the father. So I am his son in the play which sets up this really weird triangle of son and my two dads. 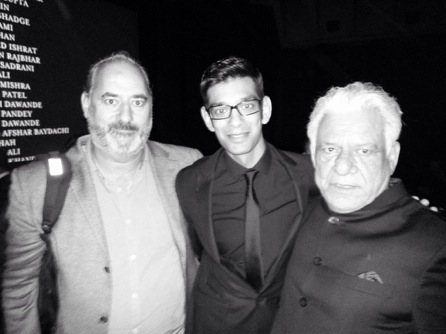 4. And what was it like working with Dame Helen Mirren who has of course been around for years?

She actually came up to me at the premiere and said to me that she really enjoyed working with me, that I’m free, inventive and spontaneous. And I think she is very much those things so we were able to get along really well.

When you look at the film, I would say that about 70% of what I do was certainly improvised because the kind of environment the director wanted. And most of the stuff I do with Helen is improvised; you know my character is kind of fumbling and awkward because hers is so intimidating. It was a nice relationship and it just worked. And you’d never guess she’s in her in her late 60’s because she’s so alive and got such energy. For me it was wonderful to work with her.

5. What was your most enjoyable scene when filming?

I would say all of the stuff in the kitchen and all of my interactions with Om and Helen because they’re improvised and there are some very sweet and funny moments between us. During the whole experience, we were very lucky to have filmed in three different locations. The South of France which was so scenic, then we went to Paris which was buzzing and  then Mumbai in India which was buzzing with a different kind of energy, it’s in your face and vibrant!

6. How was it meeting and working with Oprah and Steven?

I didn’t actually get to meet Spielberg until the New York premiere which was at the beginning of August. And I met Oprah half way through filming as she came on set for a few days. It was very bizarre especially when they’re complimenting your work. There was a moment at the premiere where I was talking to Spielberg and I look over, and my wife is talking to Oprah! So yeah like I said it is a very bizarre moment if you’ve never experienced that situation before, it’s just a whole another level.

There’s almost like a joke within the acting community where you often get asked, “are you working” when you reply, “no I’m just at home waiting for Spielberg to phone”.  He is a legend and most possibly the most famous man on the planet. Equally Oprah Winfrey is the most famous female on the planet so when the two come together and produce a film, you know that it’s going to be of a certain standard. And with that I can say I was surrounded by highly qualified talented people from the producers to the actors.

7. If you could work with anyone, who would it be and why?

Robin Williams. He was a huge huge hero of mine. When Mork & Mindy was on I’d be watching that. I’m a massive fan of his movies like Good Will Hunting and the Spielberg film Hook where he played Peter Pan. For days I was in shock as I’ve had experience with someone close to me with depression so I was really taken by his passing as he was a true inspiration. 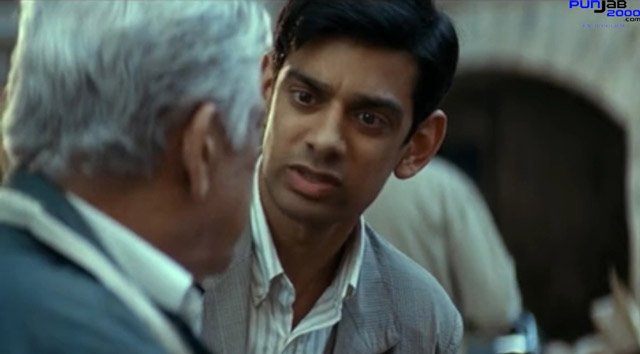 Tea or Coffee? Neither, milkshake (preferably strawberry or vanilla)

Scone or ‘Scon’? Scon (but sometimes change without knowing I’m doing it)

See more on The Hundred-Foot Journey