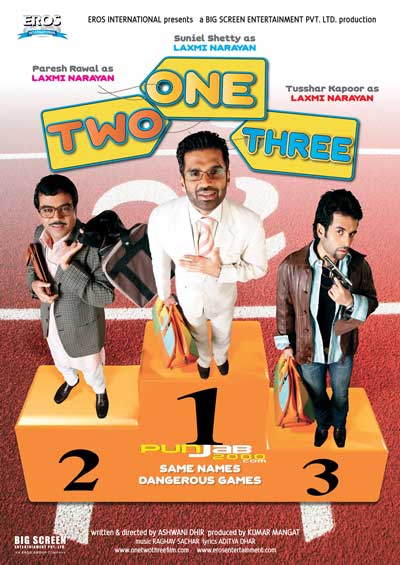 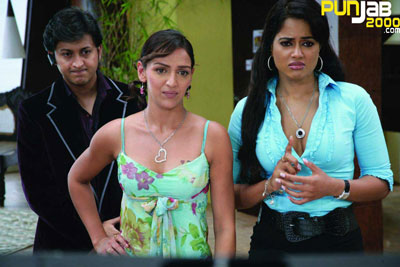 One Two Three is a comedy thriller of three men from various parts of India, each having his own characterization and identity. It basically revolves around these very three men who share a common name “LAXMI NARAYAN” due to which various confusions start and the basic plot of the film is established.

The story starts with the introduction of the three main characters Laxmi Narayan 1, 2 and 3, wherein LAXMI NARAYAN 1 being played by TUSHAR KAPOOR is a young an aspiring emotional shooter from underworld whose only aim is to fulfil his mother’s dreams of becoming the most popular don. 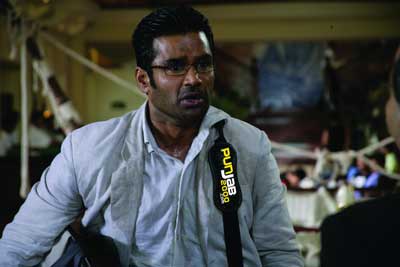 LAXMI NARAYAN 2 being played by SUNIEL SHETTY is an automobile salesman from Mumbai whose
only aim in life is to keep his boss happy and in course of which he becomes a confused and annoying character. He has two rules in his life Rule # 1:- Boss is always right.  Rule # 2:- If boss is wrong, follow the rule # 1. LAXMI NARAYAN 3 being played by PARESH RAWAL is a rich but poor man who is into the business of lingerie but in his language KACHHA AND BRA, which he sells in a mobile car on the streets
of Chandni Chowk in Delhi. The story proceeds with the three of them reaching a single destination called Pondy for their individual works. While Laxmi Narayan 1 reaches Pondy on a mission to shoot somebody, Laxmi Narayan 2 is there on business trip to buy a vintage car from a beautiful and sexy girl called laila
played by Sameera Reddy and Laxmi Narayan 3 reaches Pondy to select the designs for his new lingerie
for Valentine collection from sweet and simple girl Jiya played by Esha Deol. 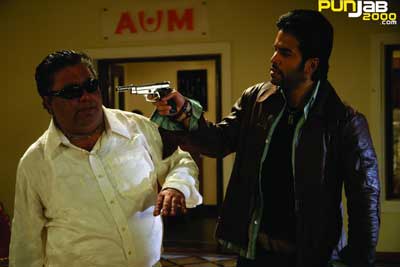 their job purposes due to all of them having the common name Laxmi Narayan. Due to this exchange
all the three dudes reaches exchanged locations and meet exchanged people.
The story now is full of fun, comedy and laughter leading to a climax most unexpected.