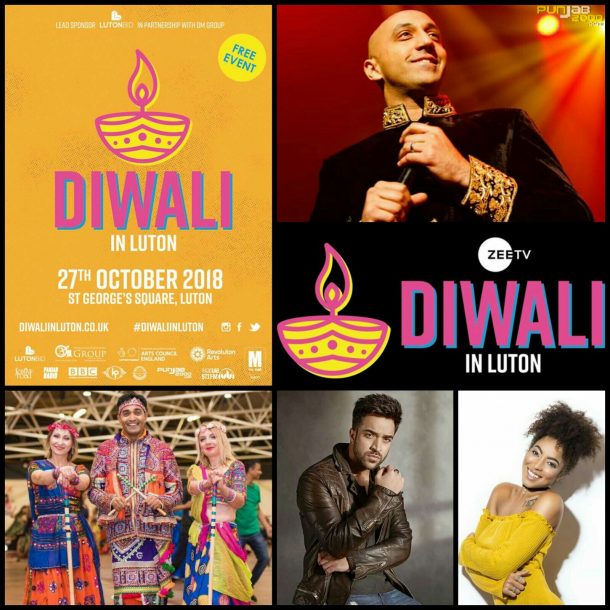 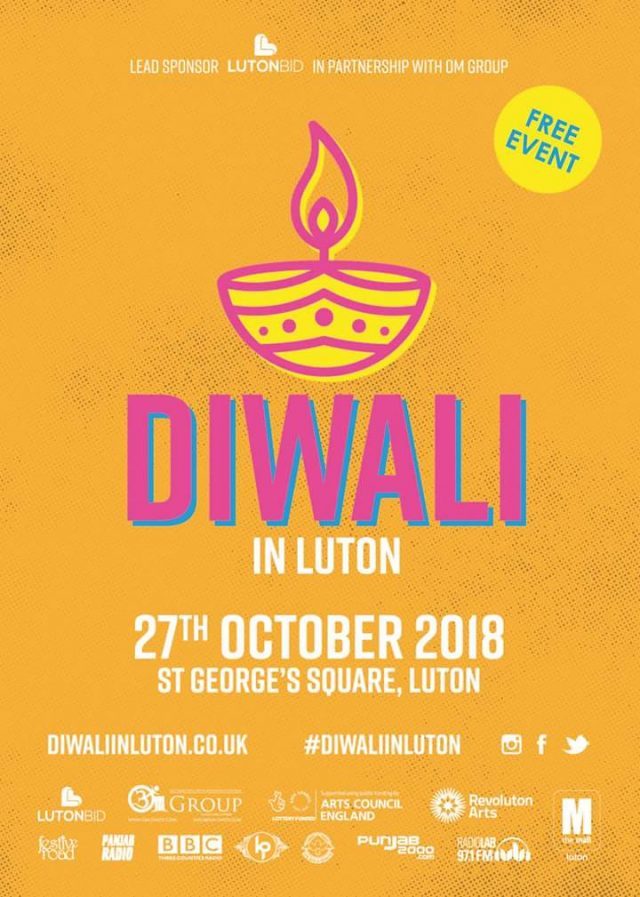 Music, dance and performances from a highly acclaimed British Asian musician and a singer who was featured on The X Factor – the line-up for Luton town centre’s first official Diwali festival has been announced.

Thousands are expected to flock to St George’s Square on Saturday 27th October, 12-7pm to enjoy a free family entertainment and a grand finale parade in celebration of Diwali – the popular Hindu festival of lights. 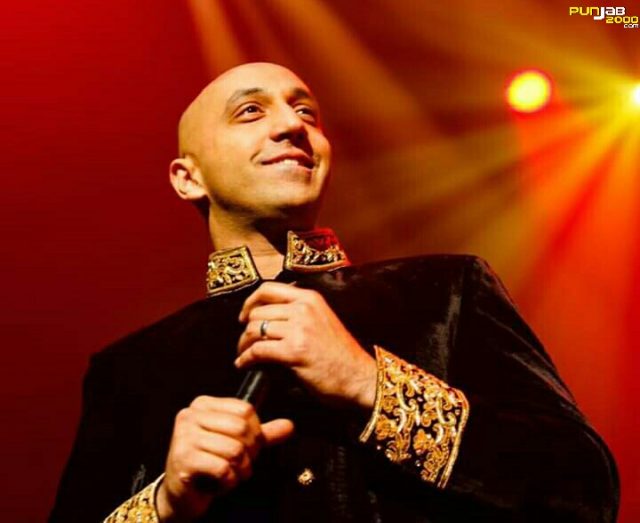 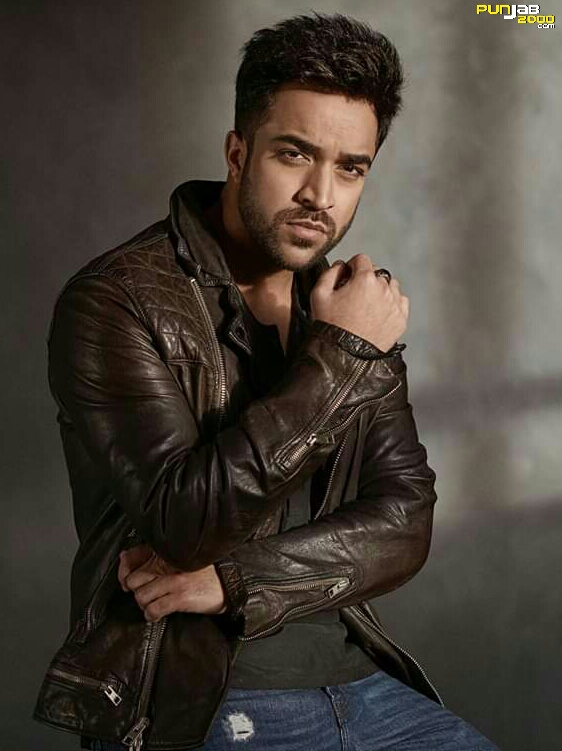 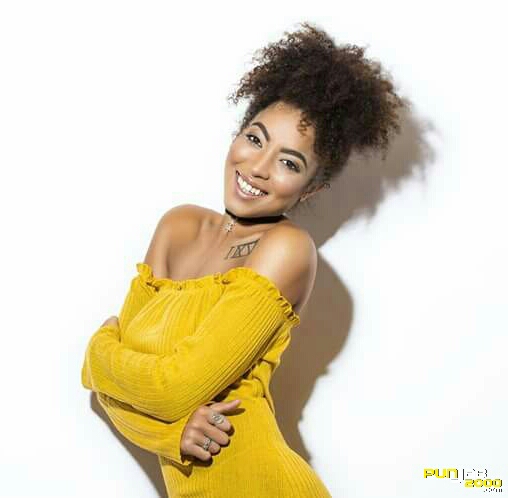 Organised by Diwali in Luton, the festival promises to be one of the biggest cultural outdoor celebrations on the town centre calendar, and has been made possible thanks to sponsorship by Luton Business Improvement District, support from Om Group and funding from Arts Council England. 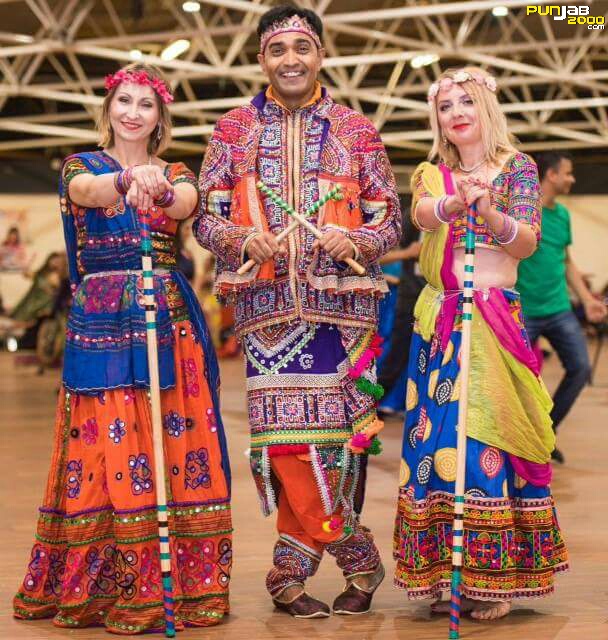 Roy Greening, general manager of The Mall Luton and Luton BID director said: “We are excited to hear the incredible line-up for the first ever town centre Diwali celebration and are delighted to be involved as a lead sponsor. There is a great mix of South Asian cultural performances which will add an atmosphere of excitement all over the town. We can’t wait.”

Keep up to date with all the latest on Diwali Luton at www.facebook.com/DiwaliinLuton OR visit www.diwaliinluton.co.uk. 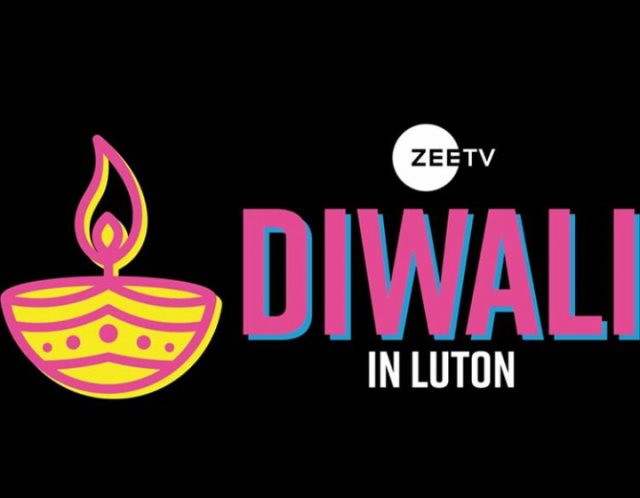 A BID is a defined area where the rate-paying businesses decide on improvements to their area, they then vote on the plans and agree to invest in the delivery of activities which directly impact upon their business turnover and profit. This money is then ring-fenced to provide the improvements agreed through the BID plan and can be used to generate other revenue to boost the pot of money available to deliver the plan.

Business representatives in Luton have developed a five year action plan around the key objectives of promoting the area. These objectives are to ensure the town centre is accessible and appealing, to provide a safe and attractive environment for businesses and visitors, to support and promote business growth and to develop and invest in a sense of community.

pfbb UK is a specialist BID Project Management company which develops and manages a wide range of Business Improvement Districts across the UK including town centres and industrial estates.