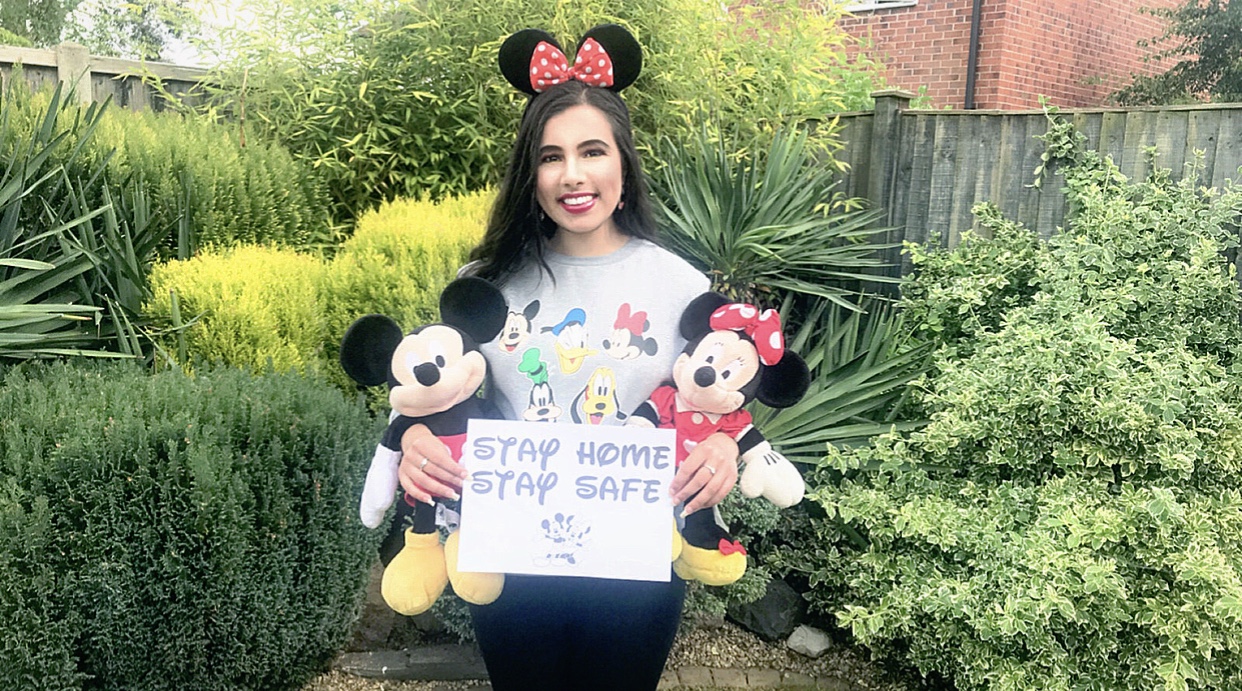 Since the outbreak of the Corona pandemic, fear, worry and panic have become the norm for many people. The life that we once knew has come to a stop and has left people feeling scared, anxious and stressed, particularly about what the future holds. I know many of you will be feeling the intensity of this pressure, but don’t worry, you’re in the right place as I’ll be lightening things up – Disney style! Now, regardless of whether you like Disney or not, it is undeniable that there are many words of wisdom which are infused right into the heart of Disney movies and songs, which each and every one of us can extract and implement into our lives. You may dislike Disney, you may associate Disney with your childhood memories or you may be a huge Disney fan (like me). But, regardless of your thoughts, views and opinions about Disney, just drop them for a moment because you’re guaranteed to take some golden nuggets of Disney magic away from this blog today. So, get ready to embark upon a journey and be swept away by the Disney magic…but Desi style!

Yes, you heard right, DESI style DISNEY magic! You may not know that many Disney songs have been translated into Hindi, with a range of Bollywood stars singing them for the India releases. So here are 4 tracks in Hindi from Disney movies that can help us with the current situation that we find ourselves in with the pandemic…

Back in 2013, the iconic song ‘Let It Go’ from Disney’s Frozen, became an instant hit with many. But little did we know that 7 years later it would become so relevant to the lockdown that we find ourselves in. Many countries around the world are in lockdown to prevent the virus from spreading and similarly Elsa isolates herself from her friends, family and kingdom to prevent the risk of ice freezing Arendelle. Just like Elsa self isolates to protect her loved ones and kingdom, we also find ourselves in a similar situation during lockdown.

But what is significant here is the way that Elsa reacts to the situation. She does not get stressed, worried or fearful about it, like many people have been during the lockdown. Rather she acknowledges her fears, but doesn’t let them overtake her and exclaims that ‘the fears that once controlled me, can’t get to me at all’. She lets go of all the negativity that she finds herself encapsulated by and as she repeatedly sings ‘Let It Go’, you can hear and see the lightness that radiates from her.

The message in this song is so simple, ‘LET IT GO!’ Let go of the stresses, tensions, worries, fears and anxieties that are draining your energy. Instead, embrace the challenging circumstances that we find ourselves in and unleash the magic within. As Elsa says, it’s time ‘to test the limits and break through’, so see this time as a test to see if you can maintain a positive mental attitude and as Elsa says, you will ‘rise like the break of dawn’.

Whereas Elsa’s magical ice powers are initially seen as destructive and dangerous, in ‘Let It Go’, we see that it is actually creative and not so bad when Elsa is positive…she even constructs a grand castle with it. The content of Elsa’s power before and after this scene is the same – ice. But the way she uses it is what matters the most. She doesn’t dwell on how she previously used it because, as she says, ‘the past is in the past’. You can’t change the past, but what you can do is learn from it. This is exactly what Elsa did; when she was negative and overcome by darkness it was destructive. However, when she let go of the negativity, embraced her powers and adopted a positive attitude, it served her better then what anyone could have imagined.

So, if you’re looking for something practical, practice controlling your thoughts. The mind is like a garden: the flowers are the positive memories and the weeds are negative ones. Thoughts are like the water, so make sure you’re feeding the flowers and not the weeds. Even Elsa says, ‘one thought crystallises like an icy blast’, so make sure the thoughts that you’re choosing to crystallise are positive.

Moral: Holding onto negativity is destructive, draining and dulls the magic within. Instead, adopt a positive attitude and outlook, even when times are tough, and life will become much lighter and brighter.

‘Yeh Maujh Hai Ek Ho Jaayein’ (‘We’re All In This Together’ from High School Musical):

The popular song ‘We’re All In This Together’ is from the first of the 3 movies in Disney’s High School Musical series, which was released in 2006. Unity, community and oneness is the main message from this song and that is exactly what the world needs a lot of right now. Everyone in the world will be affected one way or another by the pandemic, so you’re not alone. Although many of you will be feeling rather lonely due to the lockdown, thanks to technology, there is a lot of virtual unity. So, embrace the resources that you have at your disposal and call up friends and family members and use technology to communicate and stay in touch with loved ones.

In this song we also see everyone dancing together; even those characters who didn’t get along with each other sing ‘we make each other strong’. Everyone’s happy, smiley and having a great time. So, use this time to reflect on your relationship with those around you and reach out to let them know how much they mean to you and that you’re there for them. After all, life is too short to be holding grudges, so let go of the ego and personality and instead operate from a space of unity.

Moral: You’re not alone, everyone in the world is affected by the pandemic, so we’re all in this together!

After the success of the first Frozen movie, Disney released the sequel, Frozen 2, last year. And the song ‘The Next Right Thing’ is absolutely perfect for the current situation regarding the pandemic. In this song, Anna is alone, afraid and in the dark, both literally and metaphorically. She is completely in the unknown, does not know what to do and feels ‘cold’, ‘empty’ and ‘numb’. She is on the brink of breaking down and giving up, but deep down in the depths of her being she plucks up a tiny bit of courage which grows and grows as she becomes more confident, stronger and most importantly, has self-belief. She picks herself up from the floor and despite feeling scared, anxious and nervous about what the future may hold, she decides to let go of the bigger picture and instead focuses her attention on the next step. That’s it, just the next step!

Right now, we don’t know what the bigger picture is and what the future holds. This may leave many fearful and swamped by negative thoughts, feelings and emotions that come along with it. Anna says, ‘the life I knew is over’ and that ‘everything will never be the same again’. That’s also true for us, just like Anna, we cannot control the future, but what we can control and have power over is the next step. Anna says that ‘I won’t look too far ahead, it’s too much for me to take’, but she tells herself to ‘break it down to this next breath, this next step, this next choice’. And that’s why it’s so important to take action and not stay stationary. So, take that next step, no matter how small and as you take one step, the next will naturally follow and soon you’ll be making progress before you even know it.

Whether you haven’t been outdoors since lockdown, too afraid to do the shopping or putting a project off, now is the perfect time to take that step and merge with the flow of life. When the bigger picture pops up in your mind and brings along negative thoughts, feelings or emotions, just let it go and instead focus your energy and attention on the next step. By the end of the film Anna is a transformed character: she is confident, full of energy and stronger than ever. So, looking back, the dilemma that she found herself in was actually a very good thing.

Moral: Although we may not be at the end of the pandemic right now, trust that everything happens for a reason and we will be transformed positively by all the challenges that we face. After all, diamonds are formed under pressure, so embrace it and let it build you up.

Well we have just found ourselves in a whole new world with the visit that Corona has paid us. Although this may not look like the world that we see in the music video to ‘A Whole New World’ from Disney’s Aladdin, who says that it can’t be just as ‘shining, shimmering, splendid’ hey? Instead of focusing on the negatives that have occurred in this new world such as isolation, social distancing and the closure of facilities, get into the habit of appreciating the goodness that is always there. Sometimes we just have to look a little harder to find it, but it never leaves. The world that Aladdin shows Jasmine isn’t new at all, it’s always been there, Jasmine just hasn’t seen it before. So, open your eyes to the goodness that’s around you and you will begin to see life from a lighter, brighter and more positive perspective. Just think about how this situation has made you realise that you have so much to be grateful, appreciative and thankful for, even if it’s a roof over your head or food on your table or a job – it’s all worth celebrating!

Alternatively, if you are not happy with your world, why not change it? Take some time to think about the new world that you would like to create and turn it into a reality. Then instead of getting overwhelmed by the bigger picture and not taking an action towards creating it, just take that one step towards it, then another and another and soon you’ll be running on your path to creating the new world that you desire. Just like Jasmine says, ‘I’m like a shooting star, I’ve come so far, I can’t go back to where I used to be’, so use this time to become a shooting star and create the world that you want to live in.

Moral: Where attention goes energy flows, so focus on the positives and more positivity will come about, resulting in a whole new world.

So, there you have it, the Disney magic, but Desi style! Who knew that these Disney songs could be so relevant to the situation that we currently find ourselves in? Disney films contain a plethora of messages, golden nuggets and words of wisdom that can help us in any situation that we may find ourselves in. So, if you just need something to make you feel good, then why not blast out one (or many) of your favourite Disney songs. Trust me it works, I blasted listeners on BBC Radio Derby with these Desi Disney songs in my Music Review on Sunday night! 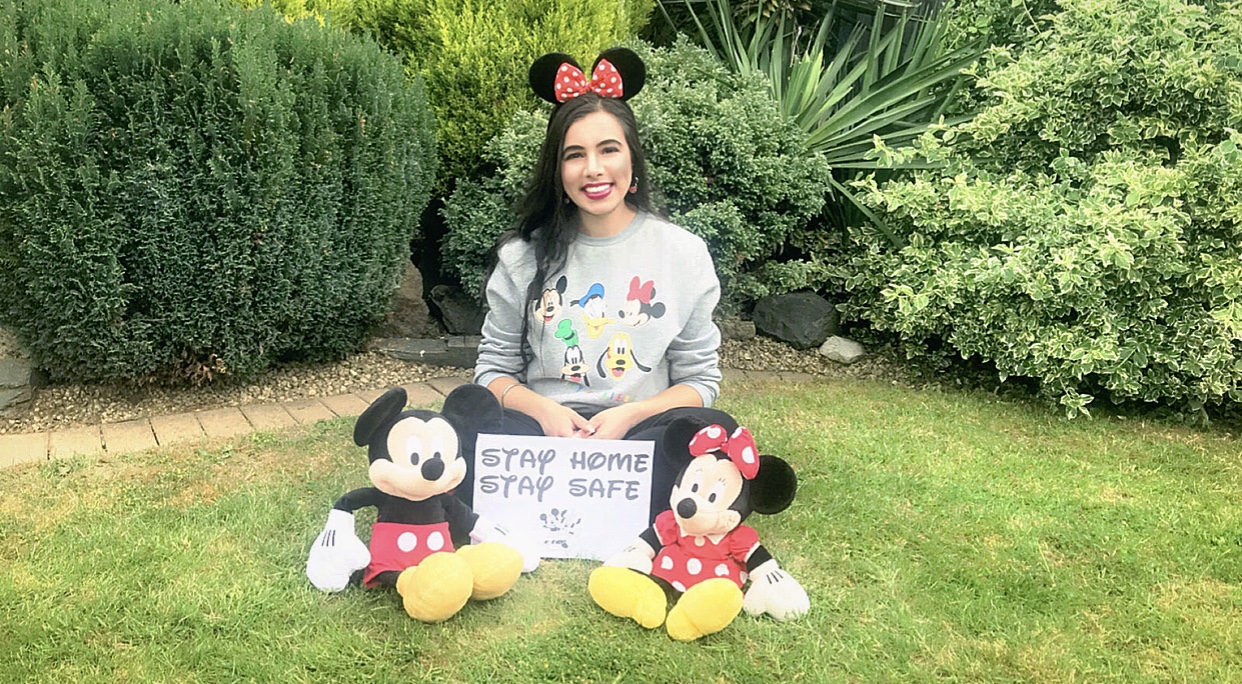