Misused Trust – an innovative, inspiring, ideological film made by Sikh Youth UK – created a revolution.  The short film exposes the realities of sexual grooming, alcohol addiction, drug abuse and violence that occur within the Panjabi/Sikh community.  The film focuses on the story of a teenage female character who innocently gets caught in a web of lies, misconceptions and false promises, emphasising the devastating impact that this has upon her.  Such taboo subjects have a negative stigma associated with them and are often disregarded in our community, resulting in the problems escalating as the days go by with more and more victims falling into the hands of perpetrators.  With such cases reaching an exponential point as the vast majority of people remain silent regarding such topics, Sikh Youth UK have taken a commendable initiative to depict the causes, effects and outcomes of the dangers of grooming, alcohol, drugs and violence.  If these issues aren’t acknowledged, addressed and eradicated now, the situation will only get worse with the upcoming generations.

I attended the premiere of the film Misused Trust

On Saturday 18th February 2017, I was delighted to attend the East Midlands Premiere of Misused Trust at Piccadilly Cinema in Leicester.  It was pleasing to see the substantial proportion of youth that attended the event, which reflects the hard work that Sikh Youth UK had put into promoting it.  Not only did the film showcase the triggers of grooming, alcohol/drug addiction and violence, but it also highlighted the emotional impact upon the victim, signs of grooming that most people fail to recognise and most importantly the help and support that is available to victims.  It was a great pleasure to interview the two main actors – Eshmit Kaur (played the victim) and Aneil Singh (played the perpetrator) – who enabled me to obtain a deeper insight into the reasons behind producing the film, the process of making it and the main aims behind the project.  It was reassuring to see that the youth were open minded to such issues and have a willingness to partake in seva to make more people aware of these topics.  During the interview it was said how these issues are ‘very close to home’ and have become ‘a social norm’ happening ‘every day and every night’ and ‘is such a huge issue in our community’.  It is particularly aimed at young girls as they are targeted when they start university and live away from home for the first time as they are overwhelmed by the sudden abundance of freedom that they now have. 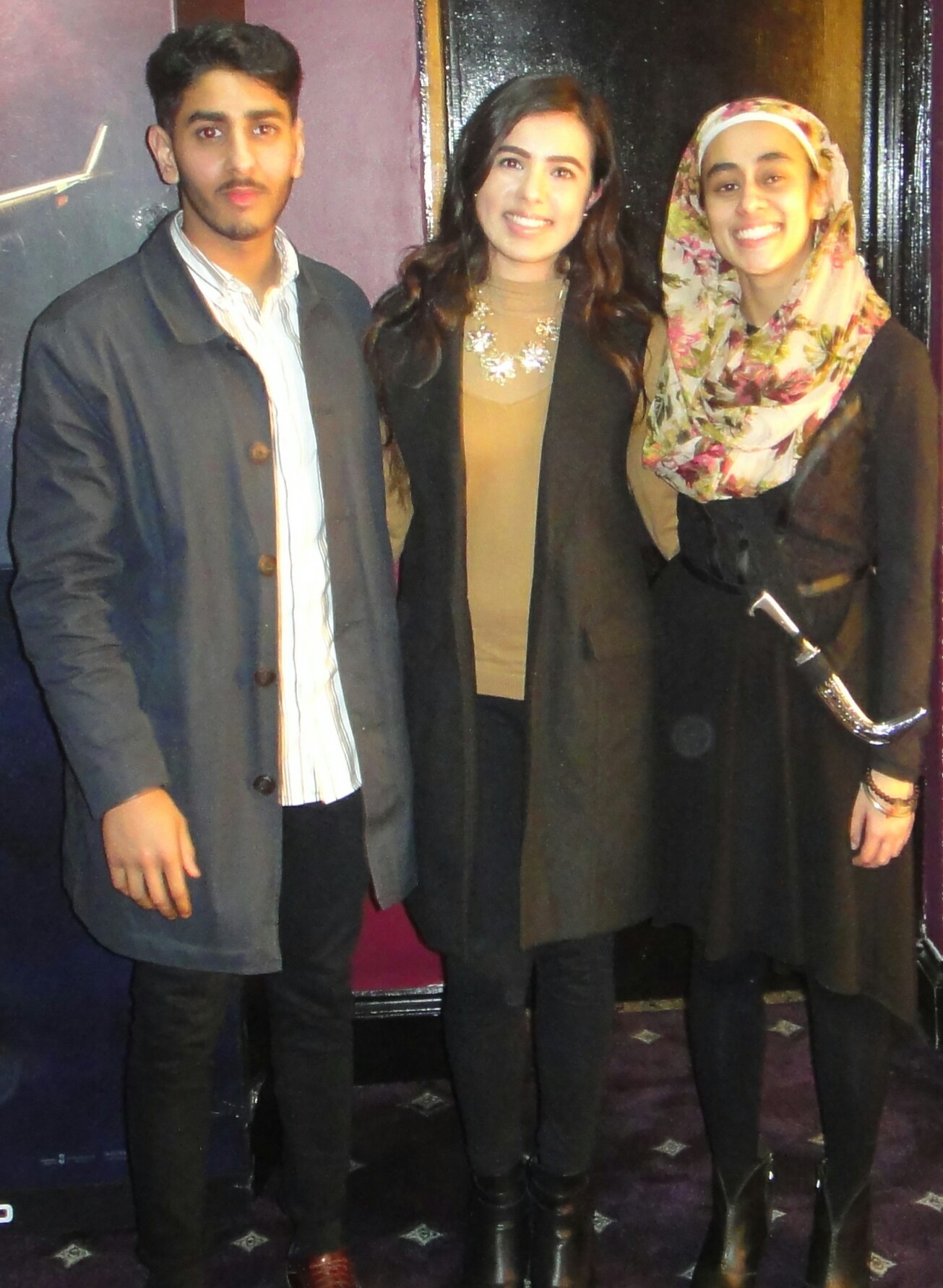 Sikh Youth Derby also supported the event by promoting it on social media and providing free transport to the premier for the local sangat.  The sevadars also won an award for the seva that they had contributed towards the film.  Rajveer Kaur, from Sikh Youth Derby, thought the film ‘addresses the sensitive taboo issue of grooming within our community in an effective way, appealing and alerting all of us to stand up against such negative actions’.  She believes that the film ‘inspires us to build a foundation built on the principles of Sikhi’. 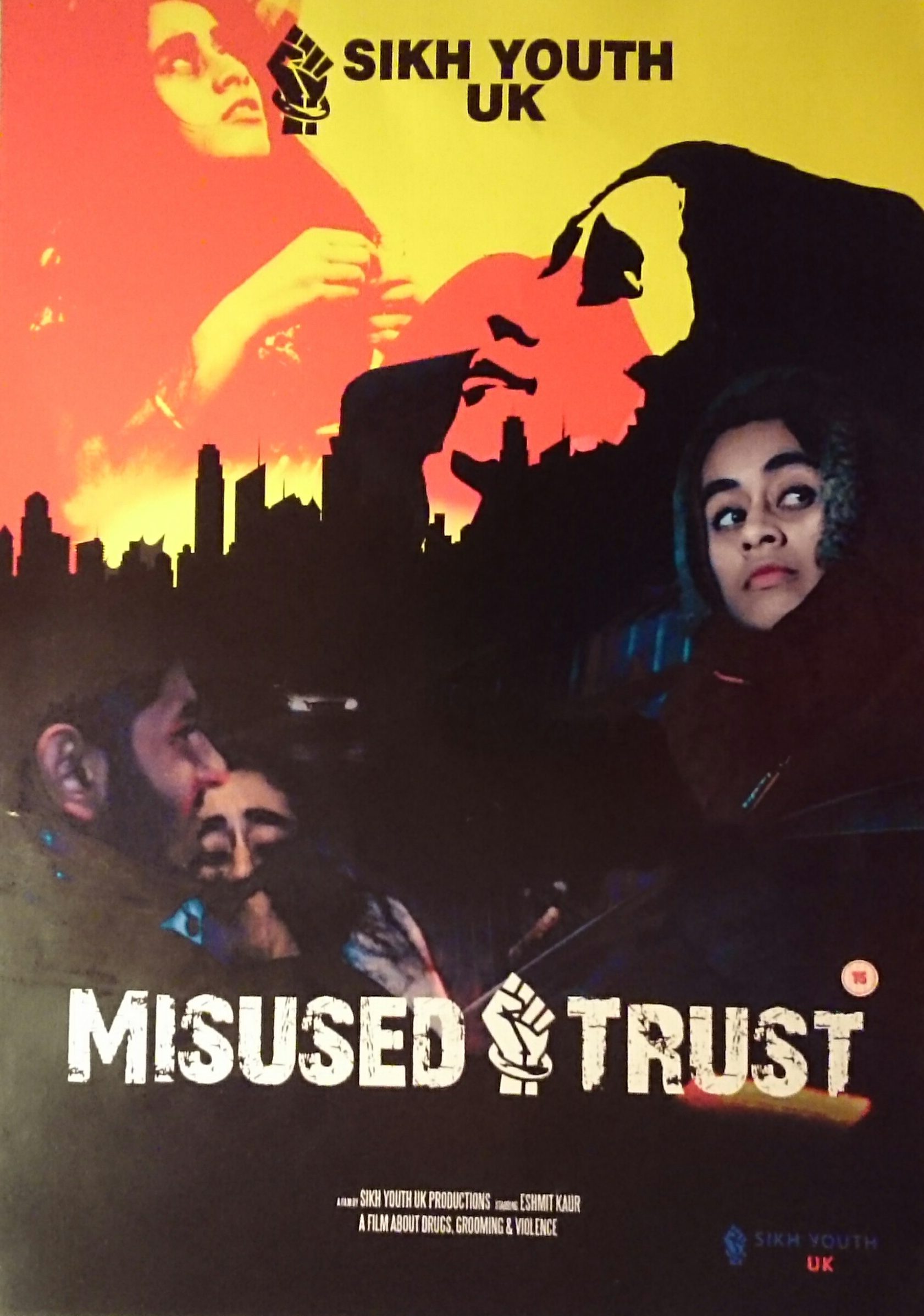 The event was a success and addressed the taboo topics of grooming, alcohol, drugs and violence in an effective, efficient and skillful manner.  Sikh Youth UK are taking their seva a step further by opening a halfway house as a method to rehabilitate victims of grooming, violence and drug/alcohol abuse.  Whereas this would have been frowned upon by the elder generation due to the stigma of bringing shame upon the family name, it is positive to see the younger generation viewing the matter in a practical light, helping to cure this disease that is beginning to grip the very heart of our community.  It was a pleasure meeting and interviewing the two actors and it was inspiring to see the hard work, dedication and seva that they put into the project.  Eshmit Kaur and Aneil Singh said that they ‘really really hope that this goes out to more people’ and ‘Sikh Youth UK are not an organisation afraid to talk about alcohol, drug abuse, domestic violence, sexual grooming’ and we ‘need to tackle it head on’ together as a community. 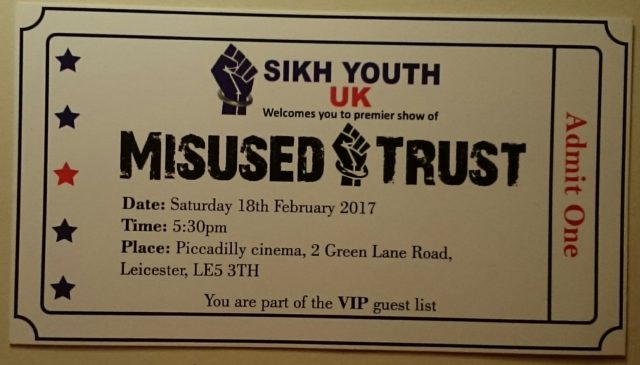 Make sure to watch the film Misused Trust, purchase the DVD once released and support this worthy cause because the main actors emphasised during the interview that ‘a lot of work, effort and time’ has gone into it and it ‘expands your knowledge and does open your eyes’.  They said that it is important to remember to ‘be safe, be aware and have good sangat’ and ‘good communication with your parents’.  It is definitely a cause worth supporting; helping to save our sisters today, nurturing the generation of tomorrow.