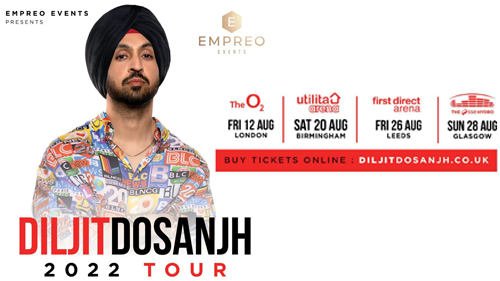 Diljit Dosanjh is bringing his record-breaking, live concerts back to the UK in 2022.

Now, Diljit Dosanjh and his team are set to unveil the grandest production ever for his new, 2022 tour in conjunction with Empreo Events.