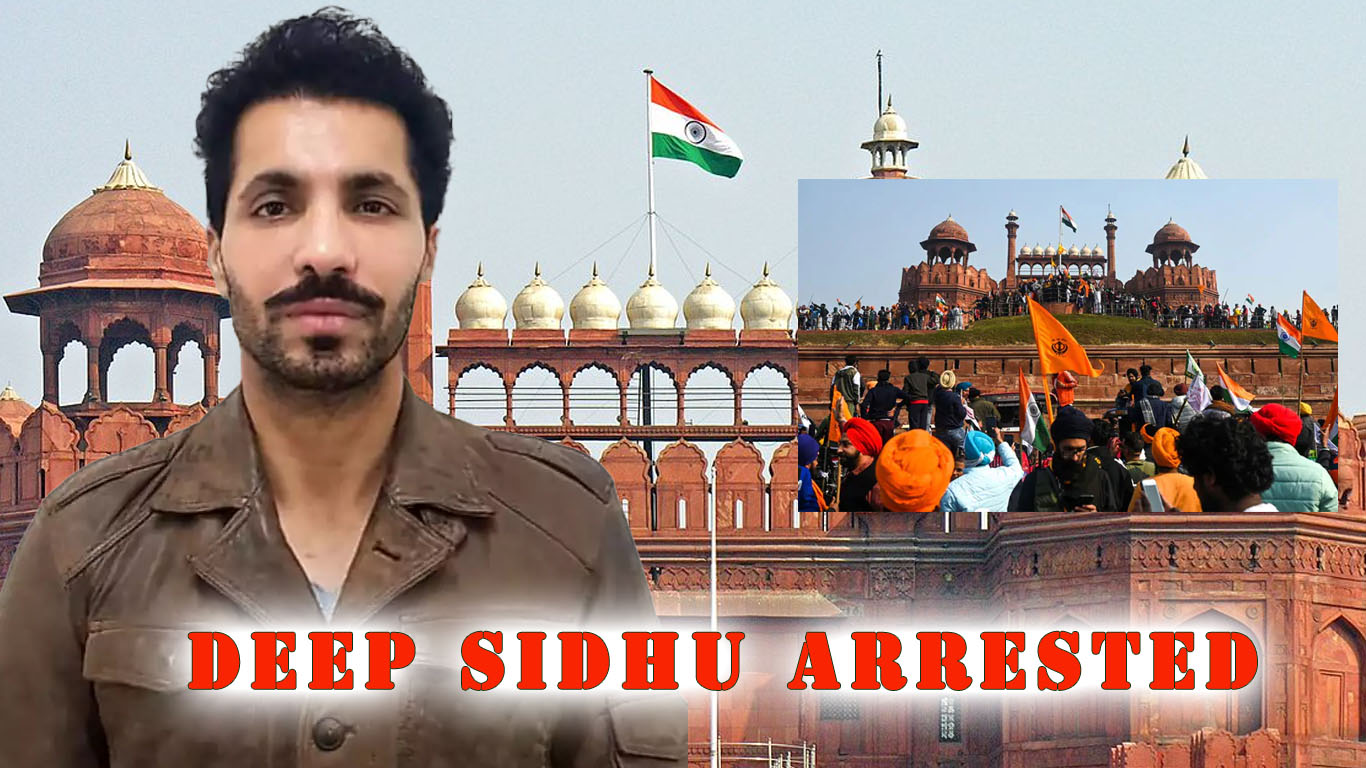 A special cell of the Delhi Police on Tuesday said that it had arrested actor turned activist Deep Sidhu, in connection with the violence in India’s capital on Republic Day, January 26.

Sidhu was wanted in the Red fort violence case and the police had been attempting to track him down since the day of the incident. Last week, Sidhu had uploaded a video on his verified Facebook account, even as teams of Delhi Police were conducting raids in Punjab to track him down. In the video he is seen talking in Punjabi and claimed that he had not done anything wrong.

The police had announced a cash reward of Rs 1 lakh for information that can lead to the arrest of actor Deep Sidhu, Jugraj Singh, Gurjot Singh and Gurjant Singh who hoisted flags at the Red Fort or were involved in the act.

Deep Sidhu had posted his Live video when he was part of the protest on a tractor when he said he was “making a symbolic gesture of victory” at the Lal Qila (Red Fort) which is currently on lease under a contract worth Rs 250 million (Rs 25 crore) for a period of five years from 2018. The Dalmia Bharat group beat IndiGo Airlines and GMR group to bag the contract under Modi government’s ‘Adopt A Heritage’ scheme.

Pictures of Deep Sidhu having visited Sri Harmandir Sahib before his arrest have been shared on various social media accounts.

More info to be added when we have further updates….