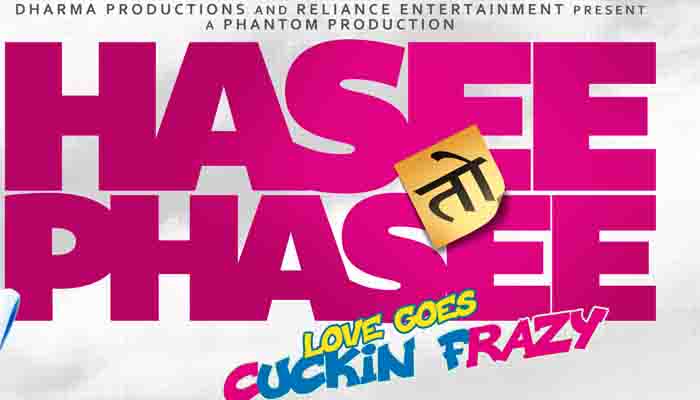 With Valentines just around the corner, Dharma Productions along with Phantom Productions will be releasing their new up-incoming Rom-Com film “Hasee Toh Phasee” on the 7th of February. 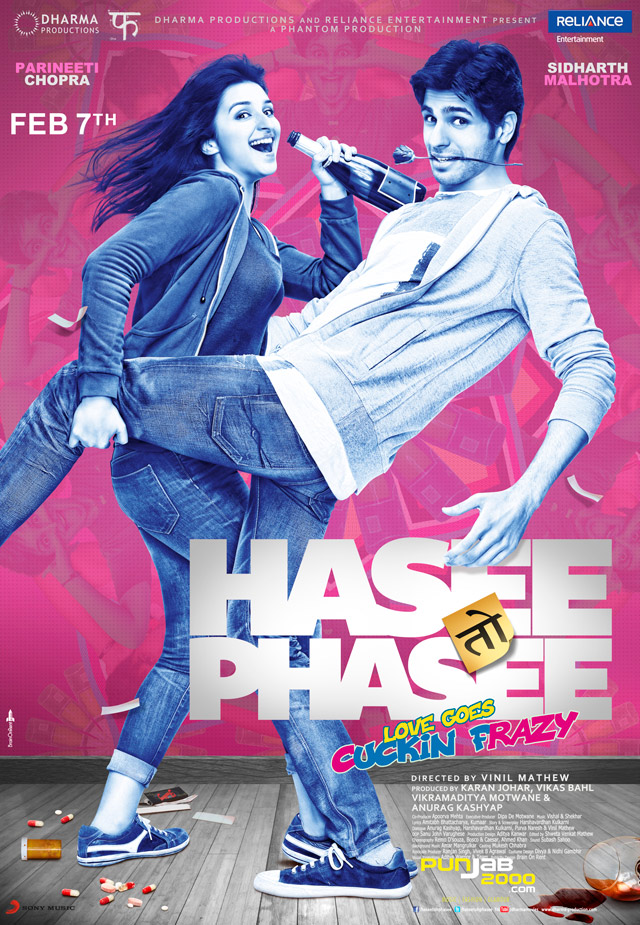 The film stars actress Parineeti Chopra who’s known for her movies “Ladies VS. Ricky Bhal”, “Ishaqzaade”, and most recent “Shudd Desi Romance” with two more films on the floor.

The lead male role is being played by Sidharth Malhotra who was launched by Dharma Productions and made his debut in “Student of the Year” by Director Karan Johar.

“Hasee Toh Phasee” is directed by Vinil Mathew who is known for directing commercials for company’s such as “Cadbury” and “Airtel”, and is produced by Vikas Bhal, Hiroo Johar, Anurag Kashyup and Karan Johar.

The music of “Hasee Toh Phasee” has been given a lot of praise, and composers Vishal Dadlani and Shekhar Ravjiani took it to twitter to thank everyone for all the positive feedback.

Everyone loving #HaseeTohPhasee ‘s music, thank you! You guys make all the work, worthwhile! Much love! 🙂

Messages still pouring in from all over the world for the music of #HaseeTohPhasee. Touched by your love. And blessed 🙂
— Shekhar Ravjiani (@ShekharRavjiani) January 4, 2014

And of course, movie making is no easy business! It takes a lot of hard work and a very dedicated team in order to get the job done! Below is a video teaser on the making of “Hasee Toh Phasee” and song “Drama Queen.”

For full audio tracks to all songs of “Hasee Toh Phasee” a jukebox is posted below. Be sure to watch the film at a theater near you this February 7th!