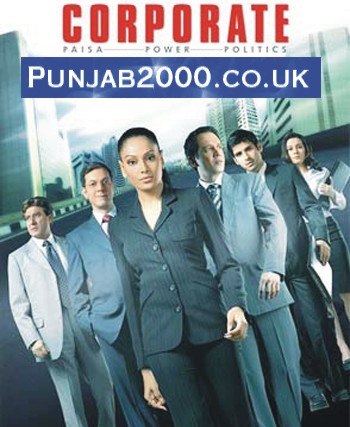 The movie tells the story of two leading industrialists in the food sector, each heading his own corporate house. Each one is powerful, ambitious and equally relentless.

Bipasha Basu plays Nishigandha Dasgupta, a very ambitious and spirited woman whose career is the be-all and end-all for her.

Nishigandha climbs up the corporate ladder fast, thanks to her unflinching determination to succeed and right guidance from her mentor.

But nothing prepares her for what she will find at the top of the corporate ladder.

Kay Kay Menon plays Ritesh Sahani, a passionate man with big aspirations from life. His colleagues and rivals see him as a man who is very obsessive about his work. Once Ritesh takes on a task upon himself, he makes sure he sees it through, no matter how many the hurdles.

In short, he is a man who loves his work, and something more, too.

To her good luck, Megha lands an enviable job under the woman she admires so much, Nishi.

Young and energetic, Megha enters the corporate world with big dreams and expectations. Only to have them shattered.

Sammir Dattani plays Anmol Rawat, a young executive who has seen at close quarters the manipulations of the corporate world. Having seen the thick and thin of it, he is no longer surprised by the amoral attitude of the business houses.

He helps the newcomer Megha settle into the unfamiliar and unfriendly corporate environment.

The battle for supremacy in the corporate world begins when market opens up to international players and the competition gets fiercer.

The film takes a candid look into the world where nothing matters more than profits, power and prestige. Where wealth, fame and success takes precedence over human emotions. Where one has to step upon another in order to rise a rung higher in the corporate ladder.

‘Corporate’ is the second film in Madhur Bhandarkar’s proposed trilogy intended to show different aspects of the modern society. His first movie ‘Page 3’ explored the world of the elite, rich and famous. ‘Corporate’ explores the business world. And his third film ‘Traffic Signal’ will explore the life of a common man on the streets of Mumbai.

Originally, Madhur Bhandarkar had approached Aishwarya Rai to play the lead role in ‘Corporate’. But the actress was too busy then to take the offer. The role subsequently went to Bipasha Basu.

Bhandarkar says making this movie was very difficult as he had to do very intense research for the subject.

‘Corporate’ is slated to hit the theatres on July 7.