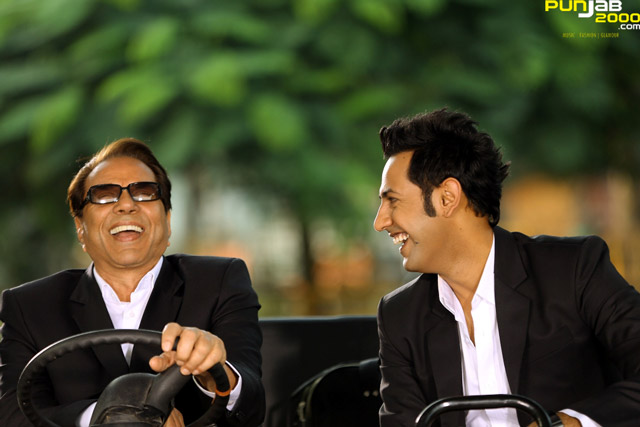 When trouble arrives in pairs, the room will be filled with laughter. And if this is topped by the amazing pair of evergreen Dharmendra and current heartthrob Gippy Grewal, Double di Trouble will make you roll. 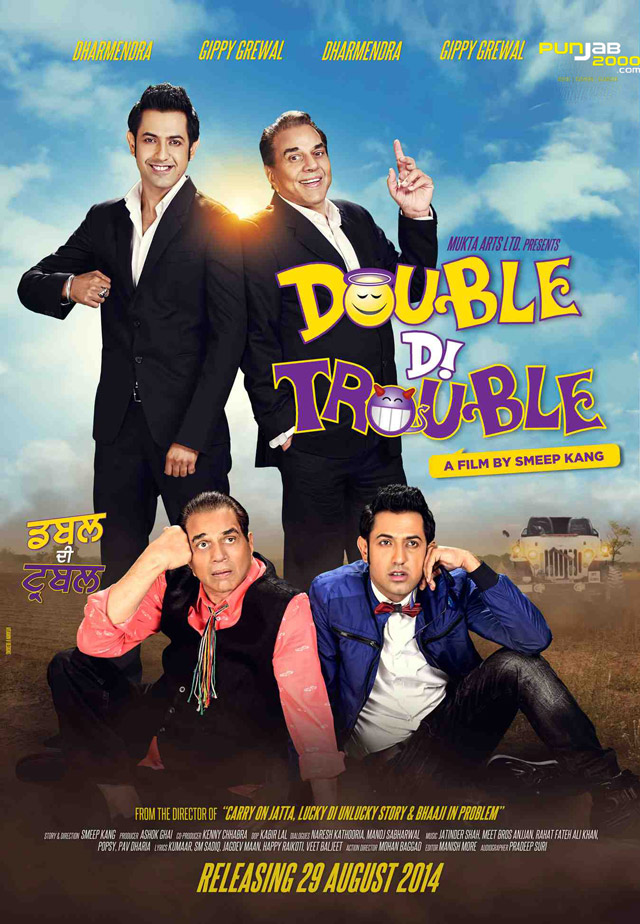 Comedy of Errors gets a Punjabi twist in this out and out family entertainer.

Give a classic Shakespearean comedy a hearty Punjabi makeover and you have this season’s most riotous movie and must-watch for the entire family, Double di Trouble, releasing in cinemas on 29th August, presented by Mukta Arts Ltd. and distributed internationally by B4U.

Following the unprecedented success of smash hits such as Carry on Jatta, Lucky di Unlucky Story and Bhaaji in Problem, master of comedy Smeep Kang returns with his latest all out entertainer, uniting on one platform the leading ‘yamla jatts’ of two generations – the legendary Dharmendra in his first, full-fledged foray in Punjabi cinema; and current reigning superstar Gippy Grewal. Supporting them onscreen is a stellar lineup including Poonam Dhillon, Kulraj Randhawa, Minissha Lamba and Gurpreet Ghuggi. An infectious and irresistibly addictive soundtrack comes courtesy of music maverick Jatinder Shah. 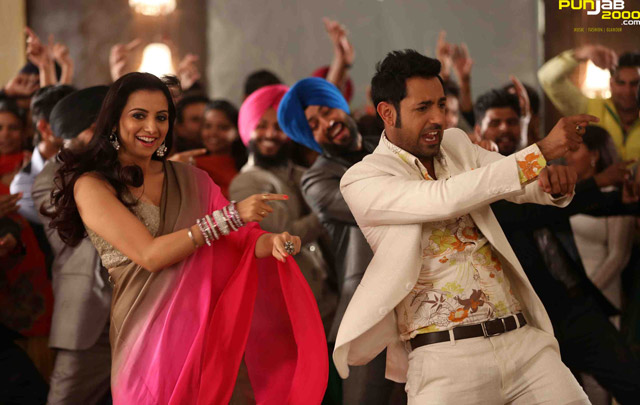 Has an unknown face ever greeted you exceedingly warmly? Did you play along thinking your memory might have ditched you?  Has the thought of the existence of your doppelganger ever crossed your mind?

Double di Trouble, based on Comedy of Errors,    celebrated play, takes a desi avatar when a father-son pair discovers their mirror images in a different city.  The riot of laughter begins when the people around this duplicate duo keep confusing the two sets of lookalikes. The situation gets further confounded when the duo tries to put their own logic behind the new faces behaving like old pals.

Prepare for a belly aching laughter riot when Double di Trouble causes twice the amount of mayhem in cinemas on 29th August, presented by Mukta Arts Ltd. and distributed internationally by B4U.