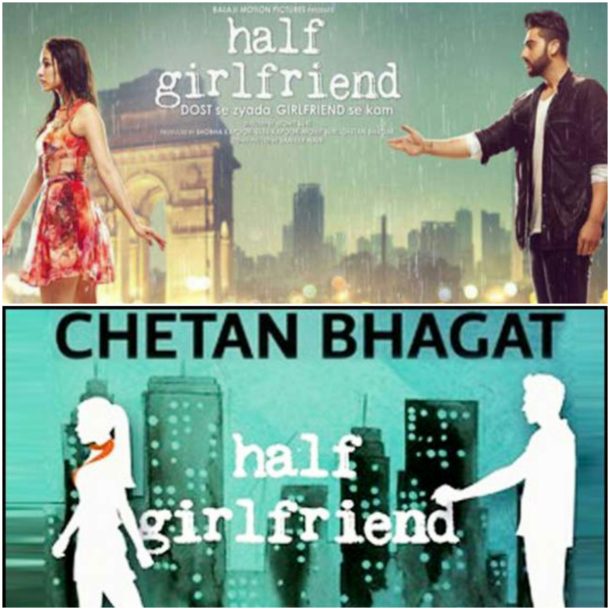 Chetan Bhagat, an Indian author, columnist, screenwriter and motivational speaker, is one of the pioneers in contemporary Indian literature.  Bhagat aims to connect to and communicate with as many people as possible by his writing.  He writes for one simple reason: change.  Change, to alter the archaic mind-set adopted by elders within the community.  Change, to inspire the youth to take India into the next dimension.  Change, to abolish social ills.  Bhagat states that ‘India needs a cultural revolution to change mind-sets’, but it is clear that he is a key element in achieving this revolutionary change due to his creativity.  He wants his creativity to alter people’s mind-sets, not be used just for mere entertainment.  Each of his novels are written in English, reflecting the success in his ability to implicitly convey complex social issues in an effective manner.  His literary success in the West has been acknowledged by The Guardian’s Robert McCrum, who has him down as ‘the paperback king of India’ in an article on The Guardian website.  He has also been called the ‘biggest selling English language novelist in India’s history’ by the New York Times in March 2008. 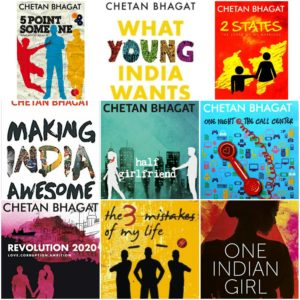 Bhagat’s sixth novel titled Half Girlfriend, was released on the 01st October 2014 by Rupa Publications.  It conveys what happens when two young people from opposing backgrounds fall in love with each other.  According to Bhagat, his made up term ‘Half Girlfriend’ ‘is a unique Indian phenomenon’ which describes the unknown, ambiguous space between being friends and being a couple.  This is reinforced by the film’s slogan ‘dost ze zeyada, girlfriend se kam’.  The best seller has been transformed into a film, directed by Mohit Suri and co-produced by Bhagat, and was released in cinemas on Friday 19th May 2017.  The book’s storyline is set in Bihar, New Delhi, Patna and New York and was filmed in Delhi, Mumbai, Patna, Dumraon, Varanasi, Cape Town and New York.  The protagonists, Madhav Jha and Riya Somani, are played by Arjun Kapoor and Shraddha Kapoor, and the film also stars Vikrant Massey, Rhea Chakraborty, Seema Biswas and Anisa Butt.  Rishi Rich also played a part in the music production and Arijit Singh’s and Shreya Goshal’s vocals are featured on the tracks. 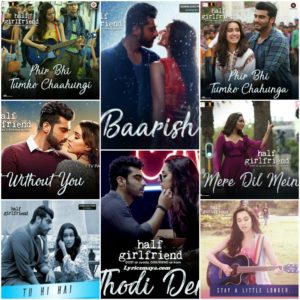 As I study English at University, I am interested in the ways in which literature can be used as a tool in order to instigate social change.  However, I had not been aware of many Indian writers, authors and academics who write novels set in India but are written in English.  After reading the film’s synopsis on a website and finding out that it was based on a book, I decided to read it before going to the cinema to watch it.  I had not heard of Bhagat prior to this and to say the least I was not disappointed by the book or film at all.  The film effectively captures the novel’s true essence and I thoroughly enjoyed reading and watching it.  The fact that it is a depiction of contemporary Indian reality and was not based on an old, lost Indian era or completely Westernised society, illustrates the realness of the issues referred to.  The romantic comedy genre, series of twists and love story added to the dramatic effect, however what stood out was the implicit second story which is simultaneously being generated, developed and changed alongside the main plot. 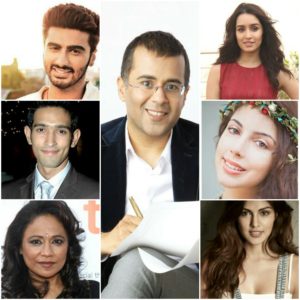 The most obvious social critique explored right from the very start of the novel/film is that of class, status and wealth.  The male protagonist, Madhav Jha comes from a poor, rural village in Bihar, whereas the female protagonist, Riya Somani originates from the rich, upper class city of New Delhi.  Madhav’s English is very poor, lacks cohesion and has a noticeable Indian accent, Riya studies it at University, speaks it with clarity and socialises with those of a similar calibre to her.  This opposing pair meet in their late teens at the prestigious English St Stephen’s College, New Delhi during their interviews.  Both are successful in gaining admission into the College where their love story commences.  Surprisingly, Riya diverges from the stereotype associated with her seemingly Westernised character as she doesn’t judge Madhav based on his appearance, class or English.  However, they are unable to take their friendship to the next level due to their parents finding out and bestowing shame upon the family name within the community as they are not of the same social position.  Riya doesn’t believe in such social prejudices and spends time helping Madhav master his English, but does not have the confidence to confront her parents regarding it therefore agrees to be Madhav’s half girlfriend.  The linguistic struggles faced by Madhav are prevalent on large scale in India, as according to the BBC, only 10% of the population speak English.  The fact that Madhav is successful in securing a position at an elite English speaking school, masters the English language and is offered an internship in New York, shows readers how educating rural villages can have a positive impact on India as a whole.

Additionally, another way in which Bhagat critiques society is via the exploration of gender hierarchy within relationships.  Riya’s mother is subjugated to domestic violence and abuse and suffers in silence due to the lavish lifestyle that her husband provides her with and shame on the family name if she speaks up about it.  The same also happens to Riya when she has an arranged marriage to a boy of her parents’ choice and is abused by her husband and mother in law.  Her mother doesn’t support her and wishes for her to respect her in laws.  This issue of domestic abuse remains taboo within the Indian culture with many females refraining from reporting instances.  However, according to the BBC and India’s National Crime Records Bureau, in 2013, 118,866 cases of domestic violence against women were reported, equating to one instance every 5 minutes being reported.  This figure showed a 68,163 increase from 2003, when the amount of reported cases was 50,703.  By Bhagat conveying the elder generation’s attitudes to domestic violence and juxtaposing this to the action taken by Riya, reflects the change in mentality required when dealing with such subjects.

The taboo topic of divorce is also highlighted as Riya divorces Rohan and severs her ties with her family when they tell her that it is her duty to stay with her husband and obey her mother in law.  Here, Bhagat showcases the change in attitude with the upcoming generation.  When Madhav and Riya meet after many years, Madhav’s mother warns her to stay away from her son as she is a divorcee; she assumes that the fault must be Riya’s and not the fact that her husband was domineering and having affairs with other women.  According to the BBC, only 0.11% of India’s total population is divorced, which is the equivalent to 1.35 million people and 0.24% of the married population.  Such low figures suggest that divorce is not widely accepted, hence resonates with Bhagat’s elder characters adopting an unfavorable mindset towards it.

Moreover, male superiority is another theme among the elder generations.  In New Delhi both males and females attend the College and are educated, whereas in Bihar only the boys are allowed to go to school.  Parents don’t think that it is of any worth to send their daughters because they will only get married and maintain the household, which education is not needed for.  According to The Hindu, only 48% of the female population of India had completed 5 years of education and were literate.  India has been ranked 38th out of 51 developing countries where at least 50% of women are literate.  Despite the country’s city becoming more advanced, modern and progressive, the rural villages are still centuries behind.

The ideology of corrupt government is also highlighted as the state cannot even provide rural school with essential features such as toilets.  Classrooms are small and compact and funding is unavailable to many.  It is only when Non-Government Organisations from America see the potential of the school and invest money into it that more children, including girls, can be educated.  This was only possible due to Madhav’s speech in English, which Riya assisted him with.  The Guardian states that a mere 5% of government schools met the standards of infrastructure in 2010 and that 60% of primary schools did not have electricity.

The social messages hidden in Half Girlfriend reflect Bhagat’s aim of creating a better society and are effectively implemented into the romantic fiction novel in order to present such issues to a wider audience.  The simplistic English language utilised makes it easier for the average Indian English speaker, who is the prime audience of Bhagat’s novels.

Overall, Half Girlfriend was a captivating, entertaining, original book and the film was definitely no less.  Bhagat’s ability to conjure up an interesting story with social messages embedded into it is commendable and I now look forward to reading his previous works.  Make sure to go and watch Half Girlfriend in cinemas now! 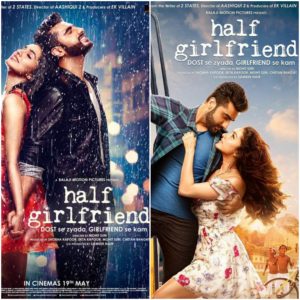