Check out the World Exclusive sample ]of "DESITON AV8"  produced by Panjabi Hit Squad FT. Alysia for the upcoming Desi Beats Vol 2 vinyl on AV8 Records. DesitonAV8 Not to be confused with Panjabi Hit Squad's  Def Jam Release. That will be called "Not for Duplication" 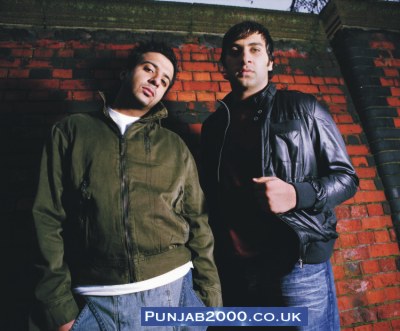 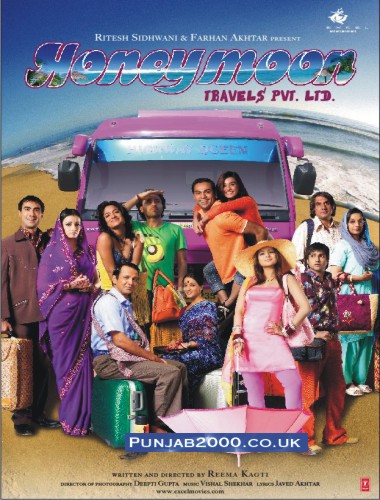 The cheerful and quirky comedy is woven around six newly married middle-class couples, a guide, a driver and a handyman riding in a bus from Mumbai to the beach paradise, Goa, on a package honeymoon tour.

Interestingly, each couple comes from a different culture and lifestyle, and each spouse in a pair is different from his/her partner as chalk and cheese!Differences between the partners start popping up during the honeymoon itself….The honeymoon to Goa ends up humorously unfolding six different stories that explore the nature of love and real human relationships.

COUPLE 1: Oscar Fernandez (Boman Irani) and Nahid (Shabana Azmi) They are an elderly couple; a bit out of place in this group of young honeymooners. The carefree twosome doesn’t care about people poking fun at them. They are on honeymoon to keep their difficult past behind and search for a new future with each other.

COUPLE 2: Partho Sen (Kay Kay Menon) and Milly Sen (Raima Sen) This couple from suburban Kolkata is engaged in an eternal war of the sexes. A dominating Partho tries curbing his wife’s fun-loving instincts till things get shockingly out of control in Goa!

COUPLE 3: Pinky (Amisha Patel) and Vicky (Karan Khanna) Pinky and Vicky, from Delhi, are poles apart. While Pinky is talkative to the hilt, Vicky is the quiet sort. The reason for his aloofness is manifest at the end.

COUPLE 4: Madhu (Sandhya Mridul) and Bunty (Vikram Chatwal) This is a “crossover couple” with the husband being an affluent NRI from L.A., and the wife, a typical Mumbai girl. Seemingly, they’re well-matched – well, almost like girlfriends!

COUPLE 5: Aspi (Abhay Deol) and Zara (Minissha Lamba) They are, supposedly, the “perfect” couple who’ve never had an argument. All the other couples comment, with envy, on their compatibility, but no one can guess their real secret!

COUPLE 6: Hitesh (Ranvir Shorey) and Shilpa (Dia Mirza)This is a young couple from orthodox Gujarat. Shilpa is petrified of honeymooning but Hitesh assures her that she will return with a smile on her face – words that will prove uncannily ironic in retrospect!

With an enthralling score by Vishal-Shekhar, “Honeymoon Travels” is a young, new-age and hilarious meditation on marriage and the most shocking and unexpected surprises that come with it. Not to be missed!

They call their music electro-soul. Like the three very different individuals who make up Unklejam, it’s loud, colourful and funky but thoughtful too, with instant pop hooks and a heart full of soul. Listen hard and you’ll hear echoes of P-funk, the sweet sound of classic soul mixing with 80s electro-pop, all with an edge […]

Use these images & pass them around.